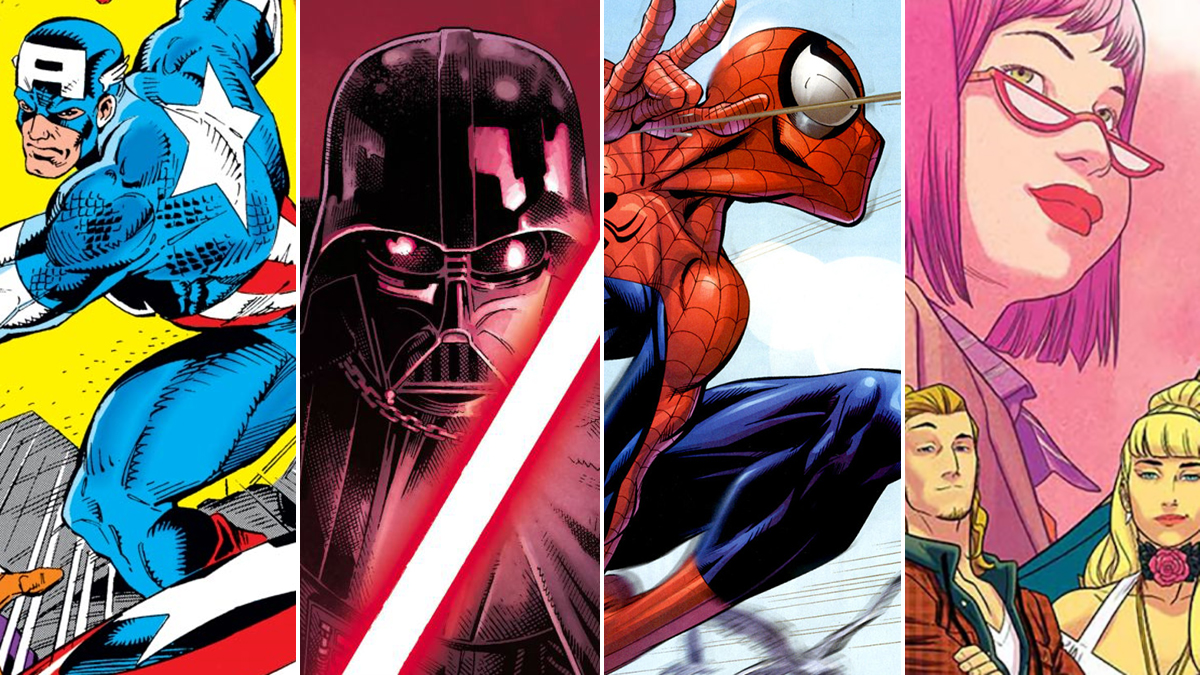 There are certainly better parts to this run, but there is a scene where Namor, T’Challa, Doctor Doom, and Magneto stand around an apartment outside of the United Nations shouting at each other about diplomacy, and to this day I still have not found a comic book more specifically designed for my interests than this one.

Priest is one of the sharpest minds ever to write comics. He’s so good at misdirection and storytelling – he will overwhelm you with style and flash, and you won’t even notice the subtle clues he’s dropping, or the way themes and characters weave together to show key parts of the story. This run on Black Panther is probably the definitive one for the character, and contributed a ton to the movie version, but there’s so much more depth (and humor!) that Priest puts into the Marvel Universe that it’s very worth reading.

Greg Pak and Fred Van Lente are two of the best people writing comics right now. Each individually writes really good comics, but the two of them working together almost always put something special out. Incredible Hercules spun out of World War Hulk and came out better than it had any business being.

Hercules exists in a unique place. Pak and Van Lente used him as a gateway to the mythology of the Marvel Universe – the Greek pantheon, but also the Norse pantheon, Japanese gods, Inuit gods, even Skrull deities. And several of these aren’t exclusive to Marvel, so you get a very clear and obvious statement about some of the differences between the Big 2 universes, some clever in-jokes, and the requisite moving story about godhood. This all comes with wonderful characterization, clever plotting and a great sense of humor.

Read Nextwave after you’ve read everything else, not because it’s a good capstone to your Marvel experience, but because it’s aggressively anti-continuity, and (lovingly) EXTREMELY disrespectful of the rest of the Marvel Universe. It’s also one of the funniest comics Marvel’s ever put out.

This whole story is Warren Ellis brutalizing superheroes. Boom Boom from X-Force, Monica Rambeau (sometimes Captain Marvel, sometimes Photon), Machine Man, monster hunter Elsa Bloodstone, and Captain &#($$&*#!@ (or The Captain) are brought together by the Highest Anti-Terrorism Effort (H.A.T.E.) to fight Unusual Weapons of Mass Destruction. It’s aggressive nonsense, less anti-continuity than acontinuitous which isn’t a word but also fits the spirit of the book – characters make no sense even from issue to issue, and only serve the plot, but that nonsense later serves the plot. And it is an absolute tour de force from Stuart Immonen, who draws every type of comedy you can imagine – slapstick, absurdity, somehow sarcasm, puns – with incredible layouts and storytelling. This is not a good Marvel comic, but it is an incredible comic book that you’re going to love.

The Last of Us Episode 4 Review: Don’t Cross Melanie Lynskey
Pizza Tower Is the Best New Wario Land Game We’ll Probably Ever Get
Where to Find a PS5 and Xbox Series X In 2023
Hogwarts Legacy PC Performance Issues: How to Fix Frame Drops and Crashes
Interview: Antonio Banderas and Harvey Guillen on Puss In Boots: The Last Wish