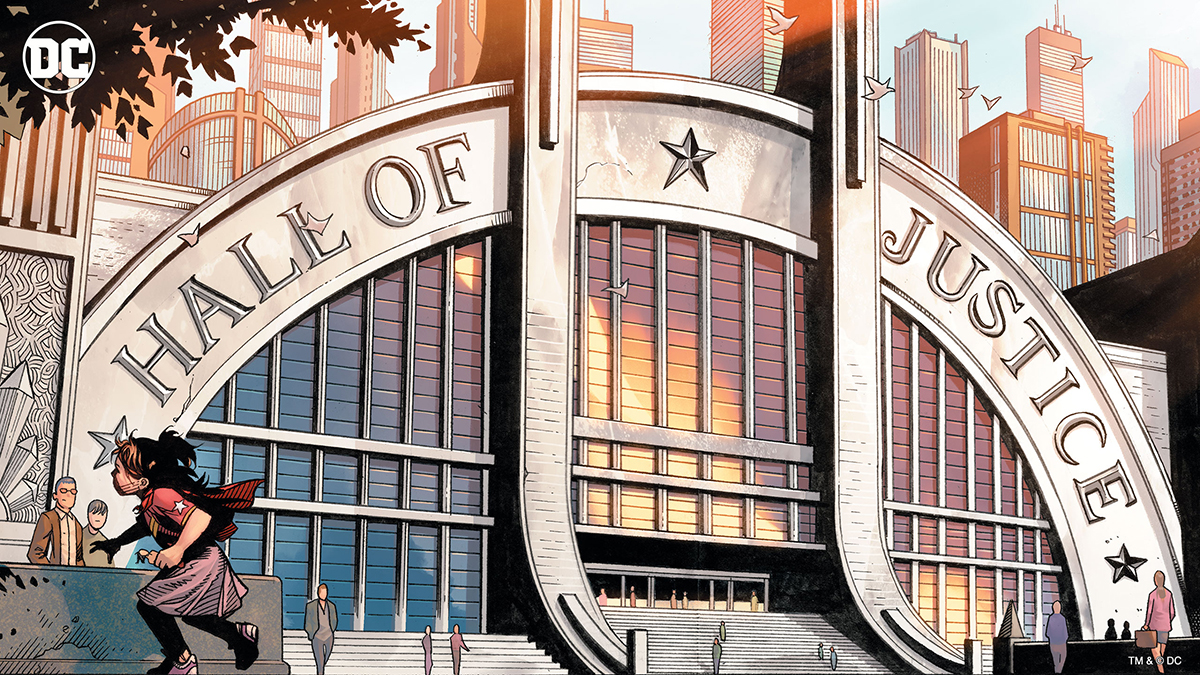 As stay-at-home orders started to crash over the world at the end of March, Diamond Comics Distributors announced that it would be suspending shipping of new books. Diamond has been functioning essentially as a monopoly for years, so this move meant, for all intents and purposes, the end of new comics releases, and it’s been that way for a month. But now, DC Comics announced that new comics will be hitting shops on April 28th, and the way they’re doing it could be a long-term shift in how we get the comic books we love.

The new releases are a scaled back list of new titles, not the full list of books one would expect to come from DC on a regular basis. Shipping on the 28th are Laura Marks & Kelley Jones’ Hill House book, Daphne Byrne #4; the final issue of Si Spurrier and Bilquis Evely’s run on The Dreaming; Batman GIANT #4, with a new Batman story from Second Coming/Wonder Twins’ Mark Russell; and reprints of Nightwing #70 (a Joker War prelude) and Batman #89, the first appearance of Punchline.

How they’re being shipped is the shocker, though. Two new companies – Lunar Distribution and UCS Comics Distributors – are going to handle shipping the books to stores (or shop owners’ homes – more on that in a minute). Lunar Distribution will be shipping to shops in the western half of the United States and Canada, while UCS will work with Eastern US/Canada shops. Lunar is owned by DCBS, a massive mail-order comics service. UCS is owned by Midtown Comics, the New York City megachain (at least relative to what we’d normally expect of comic shops), and another shop that does huge business online.

In The Before Time, when leaving the house was common and comics still shipped regularly, retailer criticism of Diamond was fairly standard operating procedure. They would routinely make mistakes in shipments, including shorting shops on their orders and damaging shipments. I don’t think I got my copy of Silver Surfer Black #2 until a month after the last issue came out, for example. And shops were left with no recourse – Diamond was the only game in town, so they had to deal with the distributor if they wanted to keep doing business.