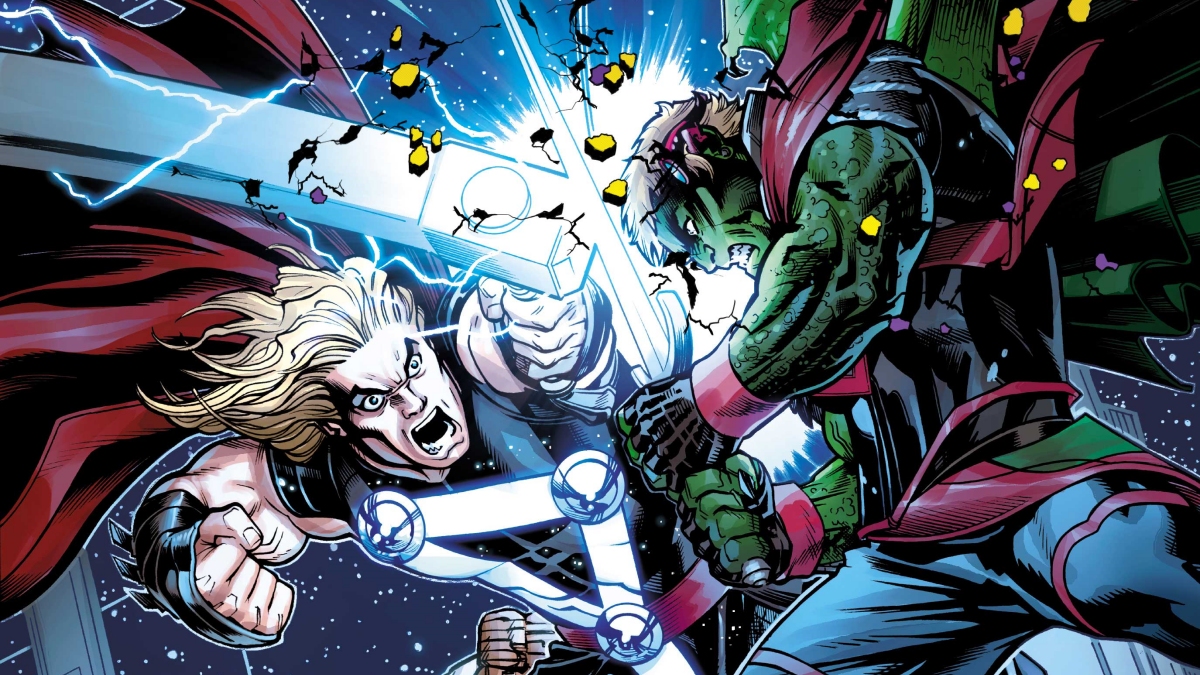 Or…well, it was set for April 15. The COVID-19 pandemic has hit the entertainment industry hard and the comic book distribution is no different. As of right now, all Marvel releases are put on hold indefinitely, so I guess consider Empyre #1‘s release date to be “about two weeks after things go back to normal.”

*Again, that’s what was originally announced. You can probably a month or two to when Marvel’s comic releases go back to normal.

Time will tell what in there is actually worth reading, but the Savage Avengers tie-in is Gerry Duggan and Greg Smallwood putting together a team-up between Conan the Barbarian and Venom against alien plant people, so I’m all about that jazz! Also, the Spider-Man tie-in is written by Taran Killam, who was one of the brighter spots of the last decade of Saturday Night Live, so that might at least be interesting.

Another piece of the puzzle is that according to one of the promotional images, one of the big plot points is the crowning of Ronan the Accuser’s successor. Ronan was killed off recently in the Death of the Inhumans storyline, but supposedly one of Earth’s heroes will be wielding his not-quite-as-cool-as-Mjolnir hammer. The covers for certain solicited comics coming in the next few months seems to spoil the wielder, so that might not be the most shocking development in this series.

“I will visit it, if Zorro is my age now.” Antonio Banderas on reprising his iconic roles
Gunther’s Millions: The True Story Behind Netflix’s Rich Dog Docuseries
The Last of Us: What Happens to Bill and Frank In the Game?
Crossroads’ Most Bonkers Storylines
James Gunn’s Plan for DC Video Games Sounds Awfully Convoluted