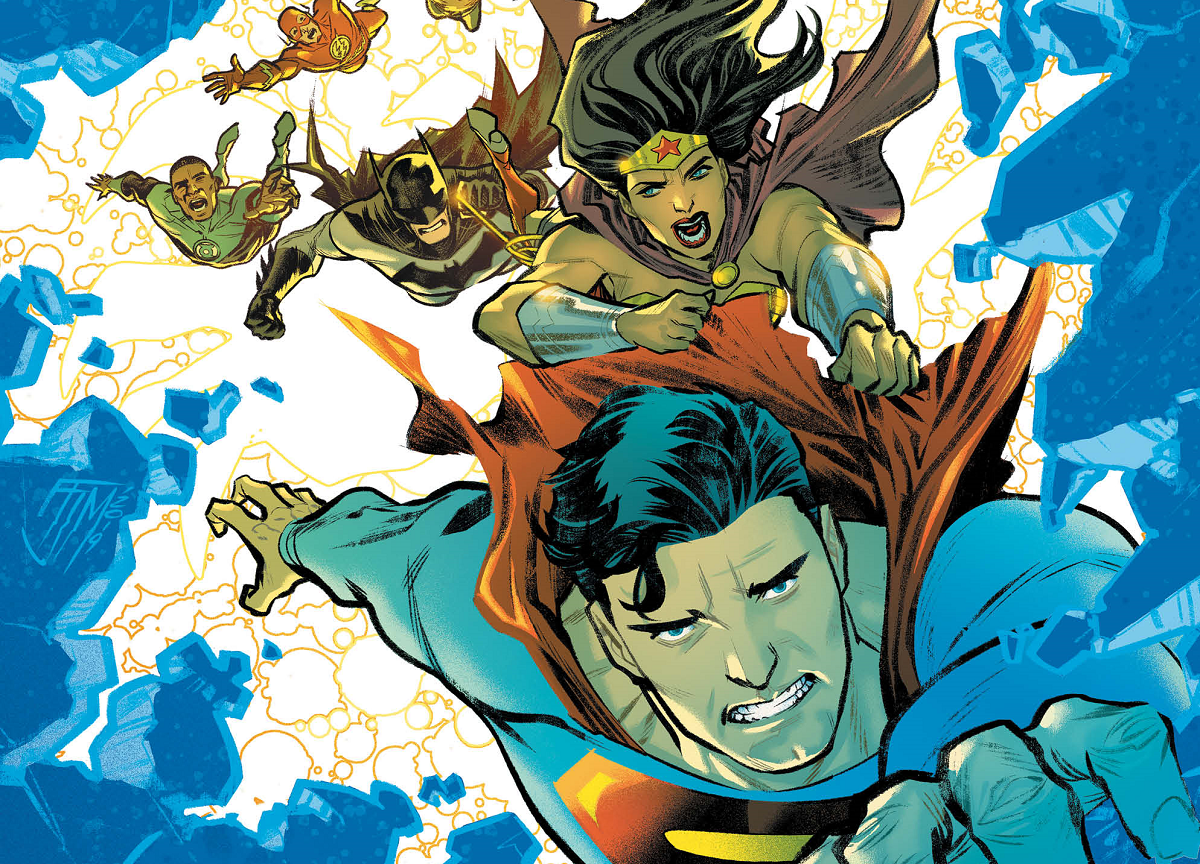 I’m not sure if it’s just because I missed it or if it’s actually that good, but Justice League #44 is one of the most entertaining single issues of a Justice League book I’ve ever read. And that’s an incredible statement, because just in this volume alone, we’ve had Scott Snyder and his art crews take on the multiverse. But even though the stakes dropped (relatively) when he came on board, the stories Robert Venditti has been telling are exactly what you would want out of a Justice League comic.

I’m not especially complicated as a person. I am guaranteed to get excited when Sodam Yat shows up in a comic. Eradicator’s there? I’m in. Daxamites? Is it possible to add a book to my pull list that’s already on it, because yes please. Put all three in a book, and I’m 100% on board. And that is what we got out of the first story Venditti told with Aaron Lopresti. Eradicator comes to Earth with a Daxamite army to try and wipe out humankind, and the League all does some clever stuff to defeat them, with Sodam Yat’s help. It’s straightforward, relatively low-key superhero fare, but it was packed with character and read like it was written with a great deal of care for the DC mythos.

Issue #44, you’ll see from our exclusive first look below, starts fast, and the pacing is an strong point of the book. It doesn’t slow down for a second. Giant monsters attack an Atlantean outpost, the League swoops in, the monsters attack, and everything goes to Hell. The dialogue is mostly battle quipping, but it works really well – Venditti manages to give everyone distinct voices even when they’re barking orders at each other. But the art is a huge standout.

Xermanico joins Justice League after a run on Green Lantern: Blackstars, and he was good there, but he might be better here. The layouts are fantastic. I’m going ahead of the preview again, but the Javelin crashes shortly after the preview ends, and the way that crash is shown, not just in what’s drawn but how the panels move on the page, is incredibly effective. And later in the fight, there’s an action set piece involving Wonder Woman, a pit, a sword, and several giant monsters that I absolutely adore. I was almost shouting at this issue when it hit its high points.

Inside No. 9 Series 8 Airing in Spring With New Cast Confirmed
“I’m a fan of a good healthy surprise.” Director Andy Mitton on his new horror: The Harbinger
War Bodies: Cover and chapter one of Neal Asher’s sci-fi revealed
The Last of Us: How Tess’ Story Is Different In the Games
Extraordinary: Disney+ Super-Power Comedy is Definitely Not For Kids