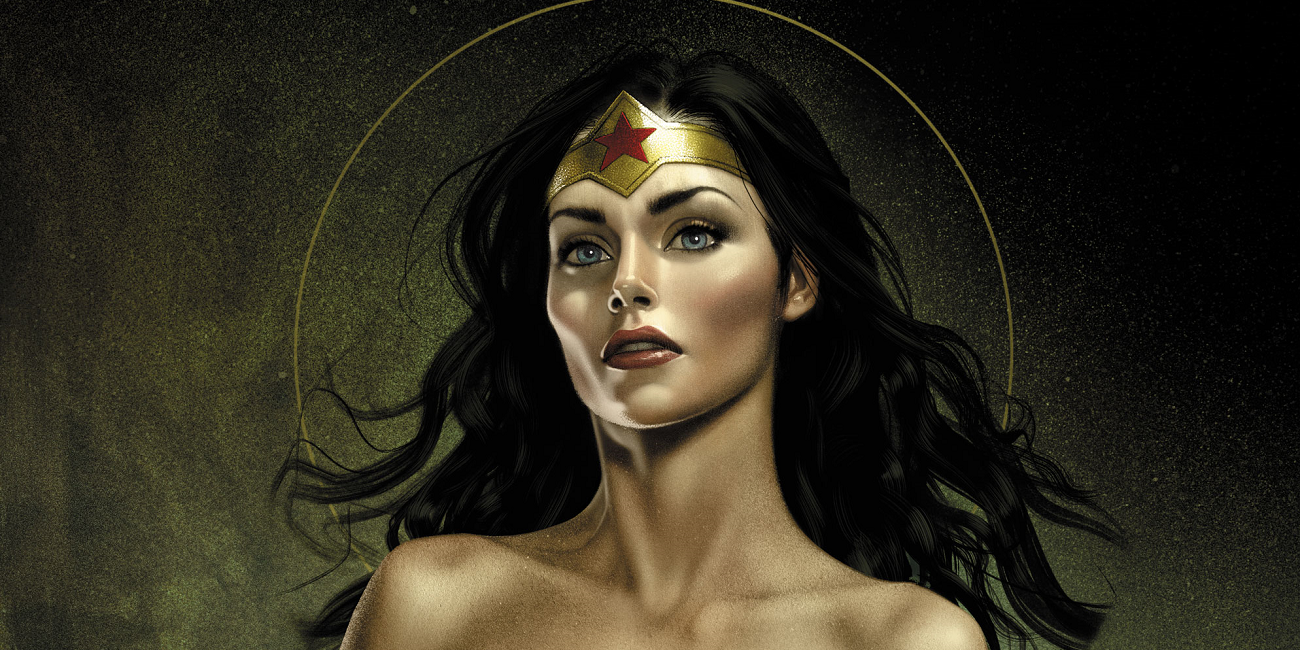 Mariko Tamaki, co-writer of critical darlings and Eisner-lauded books like This One Summer and Laura Dean Keeps Breaking Up With Me, and solo writer of books that more people should be talking about, like Supergirl: Being Super, was announced as the new regular writer of Wonder Woman. “Wonder Woman was the hero I grew up with, she was my little-kid-living-room-cosplay,” she said. “I have always wanted a golden lasso and an invisible jet, and I feel like now, writing Wonder Woman, I’m one step closer.”

Joining Tamaki on the first arc is the ridiculously good Mikel Janin. Janin comes to Wonder Woman off of career-best work on Batman, and is perhaps more famously known as the artist behind that scene in Grayson where Midnighter recognized Dick Grayson through his spy tech because of his butt (It’s Grayson #6, if you’re looking).

The new arc kicks off with Diana getting herself together after her battle with the Four Horsewomen, and the second issue of the arc reintroduces Maxwell Lord to give Diana problems. Just in time for the release of Wonder Woman 1984, Lord returns to comics as a vicious, ruthless man in desperate need of Diana’s help.

On covers for this new run are variants from Jim Lee and Joshua Middleton, with regular covers from David Marquez (Ultimate Comics Spider-Man) and my god those are Iron Giants on the cover of #760, aren’t they?

The Last of Us Episode 2 Review: Anna Torv Steals the Show as Tess
Forspoken’s Dialog Debate Exposes a Bigger Pop Culture Divide
Why Devil May Cry 2 Is Still the Most Disappointing Video Game Sequel Ever
Extraordinary: Disney+ Super-Power Comedy is Definitely Not For Kids
Natasha Lyonne’s Poker Face Is Bringing Columbo Energy Back to TV