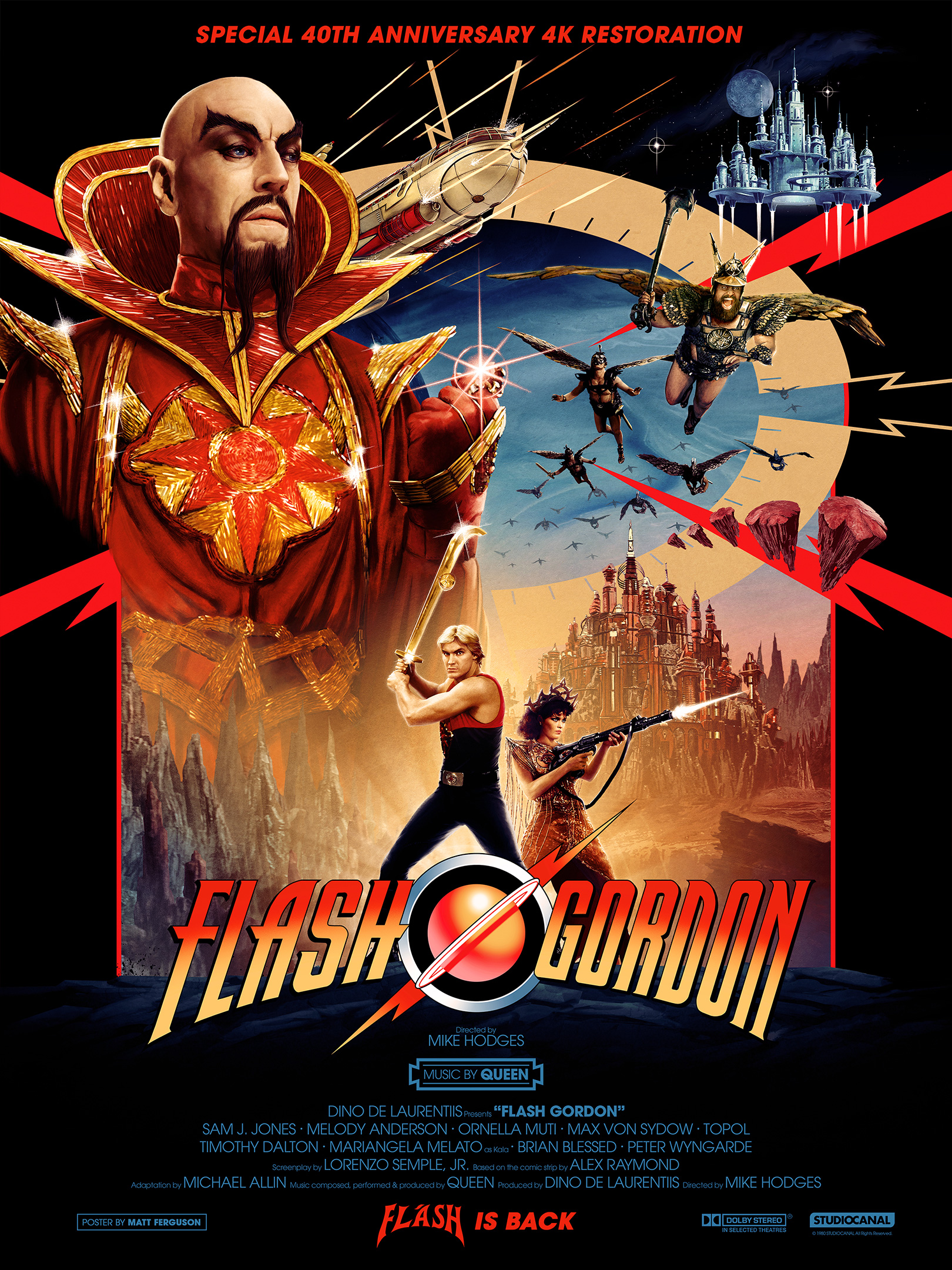 “Flash, I love you! But we only have fourteen hours to save the Earth!”

Inject a bit of nostalgia and check out the trailer here…

Director Hodges had this to say on the exciting announcement, and the efforts that went into the restoration’s process: “I’m very grateful to StudioCanal for this brilliant 4k restoration. The restoration captures perfectly the vivid colours of the sets, skies and costumes. It also corrects some of the problems encountered with the special effects system we used. With Chroma key compositing we could insert skies, rocket ships, hawk-men, pretty well whatever we wanted, into the blue backing built into the studio sets.

“The problems came later when we had to eliminate, for example, the wires used on the hawk-men. We were eventually successful but even then some 35mm prints were variable and the wires would be back again. With this new restoration that problem is thankfully laid to rest. Of course Chroma key is primitive by the side of the current process, CGI (Computer Generated Imaging).

“That said I’m pleased we stuck with the old fashioned system. CGI would have been too slick. After all Flash Gordon was a cartoon strip from the 1930s brought back to life on celluloid some five decades later.”

Not only does Flash Gordon’s collector’s edition look fantastic, it also comes with a whole host of goodies including interviews, featurettes and loads more! Pre-order yours here.

Why One of Star Trek: The Next Generation’s Worst Episodes Is Still Worth Watching
The Portable Door: Sam Neill and Christoph Waltz star in new fantasy
Why Dragon Quest Has Always Been So Much More Popular In Japan
Pizza Tower Is the Best New Wario Land Game We’ll Probably Ever Get
Domee Shi on the success of Turning Red: “It’s just an unapologetic and bold, funny and weird depiction of female puberty”