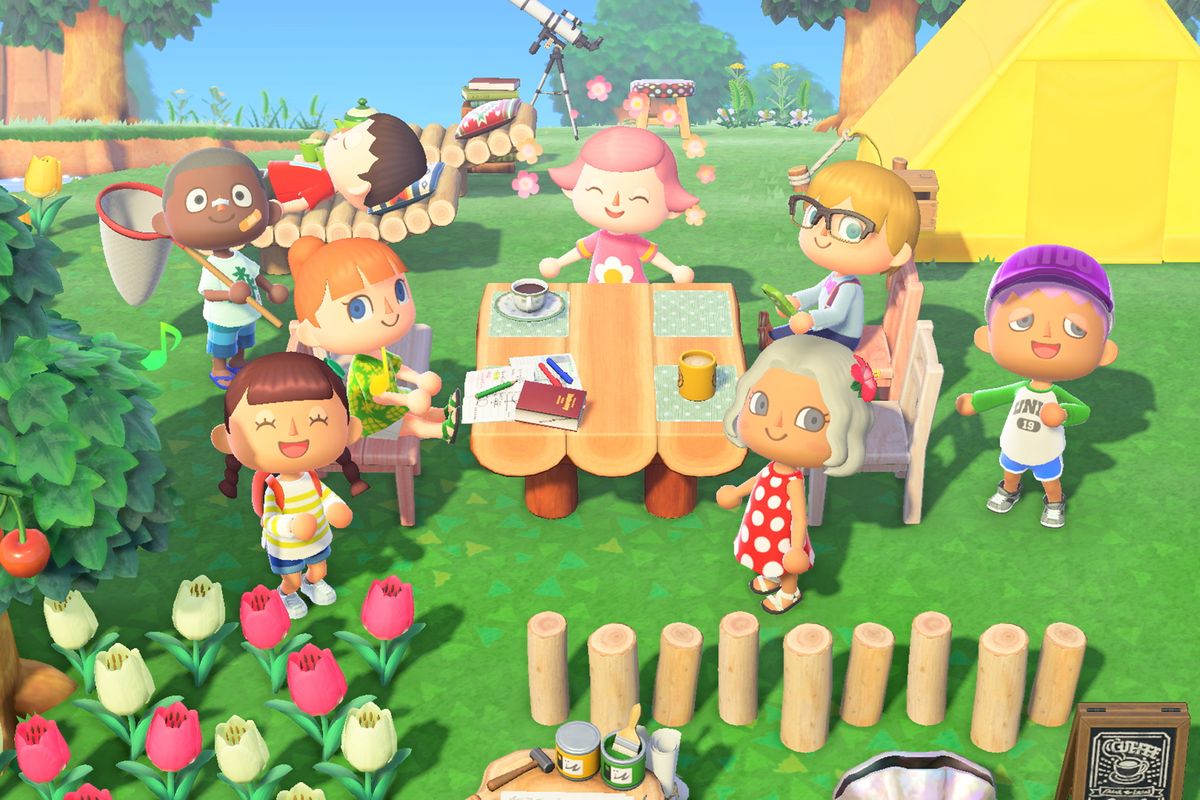 I was most compelled by these light challenges, but there are, of course, a vast majority of players who enjoy the game for the customization and decorative aspects of the experience. There are countless ways to customize your island, from your clothes to your house to the layout of the buildings. There are hundreds of items to collect and show off to your friends, each a sweet little confection that feels special and can often evoke emotion.

This is where the true genius of Animal Crossing lies—the art design. The mechanics of the game are pretty immaculate to be sure, but what sets the series apart from others in the genre is the warmth and sincerity that comes from the visuals. The characters are cute and emotive, the island environments are cartoony but feel alive and not overly toy-like, and above all else, all of the design elements work in perfect harmony. Because of the game’s cohesive aesthetic, doing something as routine as collecting clams on the beach at sunset actually moved me at times.

If there’s one aspect of the game that I can see myself being consumed by over time, it’s the ability to customize the look and layout of the island itself. The game gives you the freedom to craft outside and place any items you want wherever you want, which obviously opens up a veritable universe of possibilities. You can move trees around, or create an outdoor gym or lavish seaside cabana. Hell, the game even lets you plaster your custom designs all over the ground. It’ll be fun to really dive in and commit to letting my imagination run wild with how I gussy up my little virtual home away from home.

Time has always been an integral part of the series, with the game’s day/night cycle mirroring the real world’s. New Horizons doubles down on the “sleep wall” mechanic, introducing its myriad features virtually one day at a time. What this means is that, at the game’s outset, it’s just you, a couple of fellow islanders a few tents, and…that’s it. You can only explore a small portion of the map, as the rest of the island is only accessible with items you can’t acquire until days two or three. The museum isn’t built until several days into the game, nor is the shop. It’s a slow trickle to say the least.

I imagine this design choice is a divisive one for the game’s community, but I personally quite enjoyed it. The way you slowly build your island community up is a fulfilling experience because it doesn’t allow you to take any of the game’s individual features for granted. There’s also a tremendous sense of temporal scale to New Horizons that I really fell in love with.

For me, New Horizons is the most fully-realized, most well-rounded iteration in the franchise’s history. Beyond a few minor gripes about the controls (aiming accurately when fishing is challenging in a bad way), it’s a hard game to fault. The game sets out to do and be an addictive, cloyingly cute leisure loop, and that’s exactly what it is.

Inside No. 9 Series 8 Airing in Spring With New Cast Confirmed
Why Devil May Cry 2 Is Still the Most Disappointing Video Game Sequel Ever
Xbox and Bethesda Showcase: Start Time and How to Watch
Xbox Game Pass: Every Day One New Release Coming In 2023
“I’m a fan of a good healthy surprise.” Director Andy Mitton on his new horror: The Harbinger