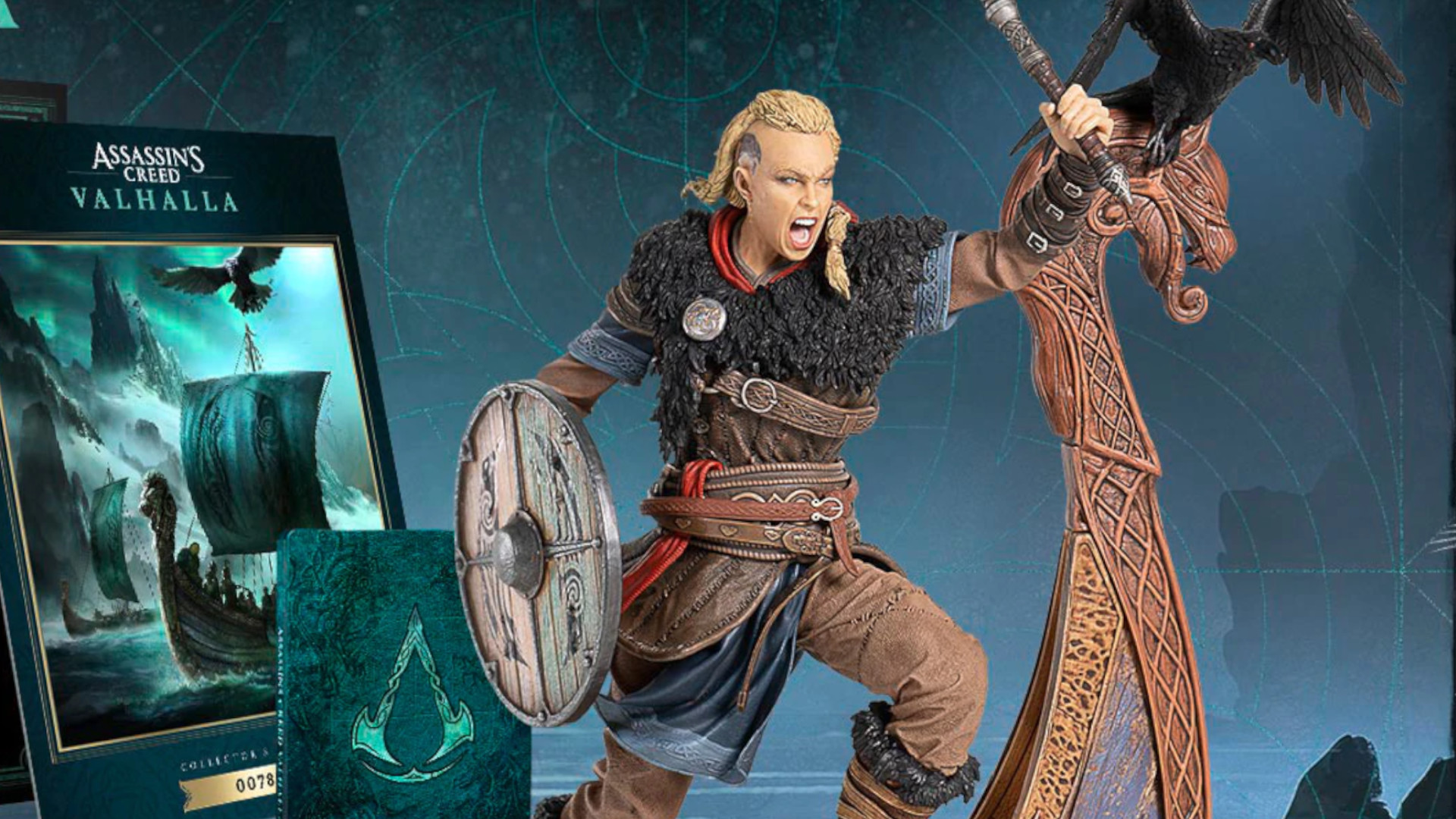 Ubisoft has confirmed that Assassin’s Creed Valhalla will feature a female version of the game’s protagonist, Eivor, and we got our first look at her as a statue that will ship with the Collector’s Edition of the game.

You can check out everything that will ship with that Collector’s Edition by checking out this promo image, but the star of this particular show is the female variant of Eivor who stands front and center in the photo. The statue looks great, and the design of the character suggests that both variants of Eivor could somehow be related.

So far as that goes, Valhalla‘s narrative director, Darby McDevitt, revealed via Twitter that both the male and female versions of Eivor are “canon.” Basically, that means that whichever version of the character you choose to play as in the game will result in a story that will reflect the canonical mythology of this installment. McDevitt also notes that he won’t spoil “how we managed that trick until you play the game.”

That’s an interesting deviation from what we saw in Assassin’s Creed Odyssey. That game also lets you choose a female or male protagonist, but there, the character you didn’t choose ended up playing a different role in the game. Odyssey attempted to be vague about which character was the canonical one, but it was later suggested that the female variant, Kassandra, was the true canonical choice. It’ll be interesting to see how they get around that in this sequel, but we imagine that the situation may be similar to what we saw in the Mass Effect series which utilized a similar trick.

Scream VI directors: “We had some apprehension.”
Which TV or Movie Cop Would You Want To Investigate Your Murder?
Hogwarts Legacy: How Long Is the Game?
The Last of Us: Who Is Kathleen In the Games?
Hogwarts Legacy Controversy Explained: Why Are People Boycotting the Game?