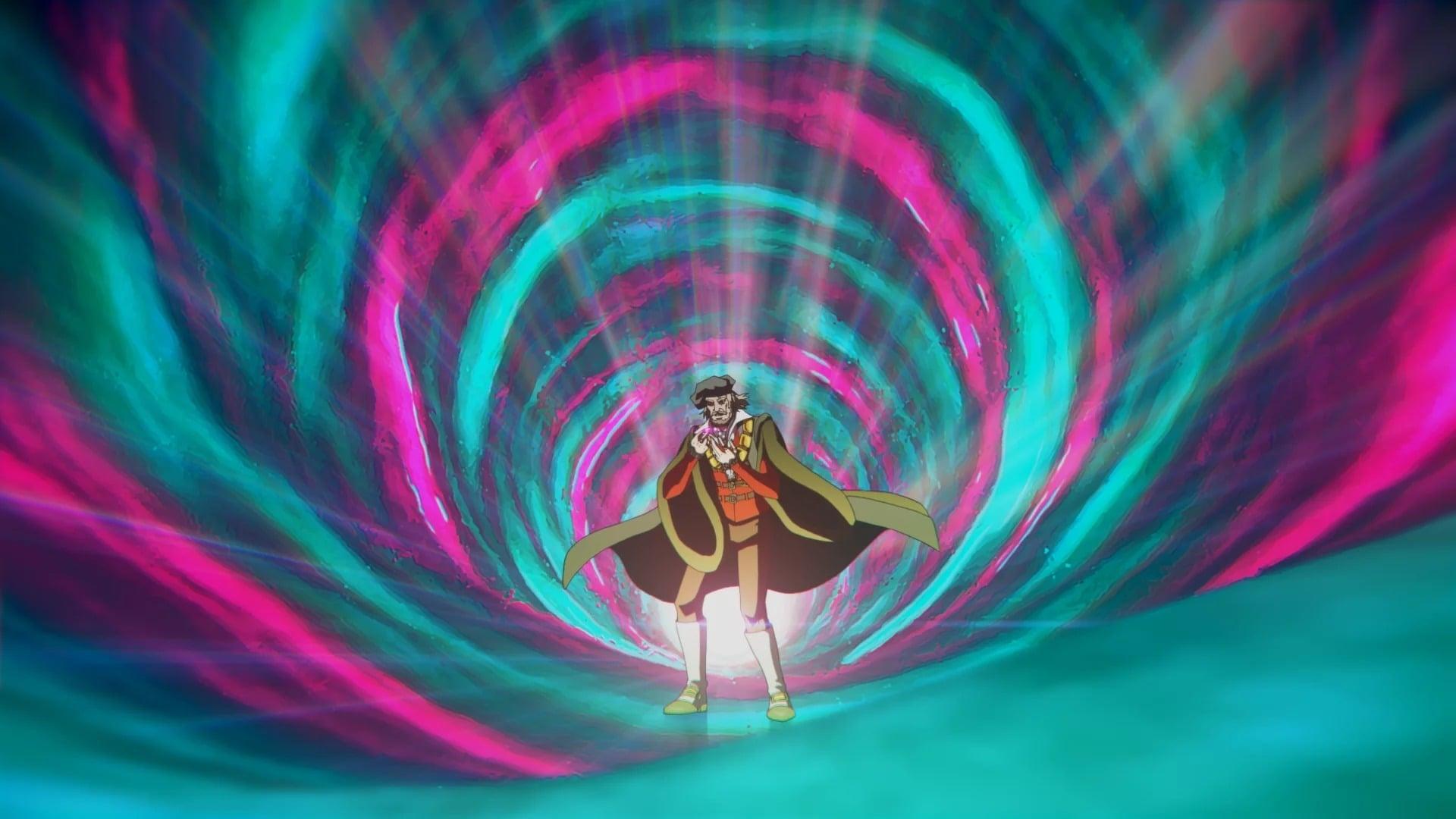 This is in no way a confirmation that Soma is set to appear in the animated series, but it’s impossible to ignore the Sorrow games as a possible influence on this futuristic setting. Of course, this could just be an elaborate easter egg since Castlevania has remained a pretty self-contained series through its first three seasons.

Saint Germain also sees a pyramid in his dream, which could be a nod to Sandy Grave, an Egyptian-themed stage that appears in 2006’s Portrait of Ruin. How Portrait of Ruin could connect to the animated series is even hazier. That game and its predecessor, 1994’s Bloodlines, follow the Morrises, a different line of vampire killers who descend from the Belmonts. The other protagonist of Portrait of Ruin is Charlotte Aulin, a sorceress who descends from the Belnades clan.

If the animated series were to borrow directly from Portrait of Ruin and the Morris/Aulin storyline, it could add a new layer of complexity to Trevor and Sypha’s relationship. Season 3 establishes that the two heroes are now romantic and may even be in love, which, in the game continuity, sets in motion many more generations of Belmonts, including Simon Belmont, the hero of the first two Castlevania games for the NES.

Could the show perhaps send Trevor and Sypha through the Infinite Corridor to meet some of their successors? At a moment when both heroes feel hopeless after the fall of Lindenfeld, seeing how they’ll one day inspire generations of heroes might be just what they need to continue their fight against Carmilla and her forces.

There’s still the question of where Saint Germain went at the end of the season when he disappeared into the Infinite Corridor. In episode 5, we learn that Saint Germain had previously lost a loved one while traveling through this alternate dimension and that he was trying to get back to this person. At one point, we see this mysterious person waiting for Saint Germain in what looks like an upside-down or reverse reality.

The Last of Us: Can Ellie Infect Others?
HBO’s The Last of Us: The Changes to Bill’s Story and the “Parallel Universe” of TV
Why One of Star Trek: The Next Generation’s Worst Episodes Is Still Worth Watching
Mr Breakfast Review: Living your best alternative life
Knock At The Cabin Review: Who’s there?