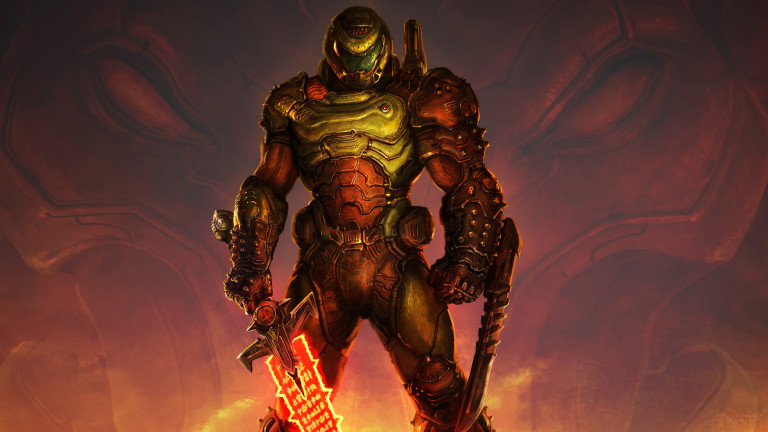 Doom Eternal is a much faster game than 2016’s Doom. It’s much faster than any other Doom game for that matter. I’ve heard some say the game is closer to Quake than Doom in that respect, but it’s actually closer to a combination of Quake, Doom, and even more intense FPS titles like Painkiller and Serious Sam.

You have to constantly move in Doom Eternal. You’ll need to run, jump, circle-strafe, and try to avoid a wave of projectiles which is sometimes so intense that it soon becomes clear that the hell of Doom is, in fact, a bullet hell. 2016’s Doom had a more weighted approach that emphasized the impact of every bullet and glory kill while Doom Eternal forces you to almost constantly work off your back foot.

That’s not what makes the transition to Doom Eternal so difficult, though. You’ve probably played a fast FPS before, but you’ve rarely played an FPS that is this fast yet so often deprives you of ammunition, health, and armor. You’ve also probably never played an FPS this fast that also forces you to juggle limited resources, constantly move, dodge projectiles, and still deal with elite demons that demand precise shots and specific strategies to kill.

Doom Eternal asks you to manage so many gameplay mechanics at once that you might feel like something is wrong with the game. I certainly wondered if the game’s punishing difficulty was the result of level design gone terribly wrong. It turns out that’s not the case. It’s just that Doom Eternal takes the Dark Souls route. The game wants you to master many of its most important mechanics by learning from what you’ve done wrong.

For instance, you’ll eventually learn that you have to save lesser enemies for chainsaw, glory, and flamethrower kills in order to earn vital resources in the middle of fights. You’ll also realize that you have to find an ideal “path” through each area and study where power-ups and drops are placed. Most importantly, you need to figure out how to down elite demons and change playstyles at will in order to handle all of the different enemies in the game.