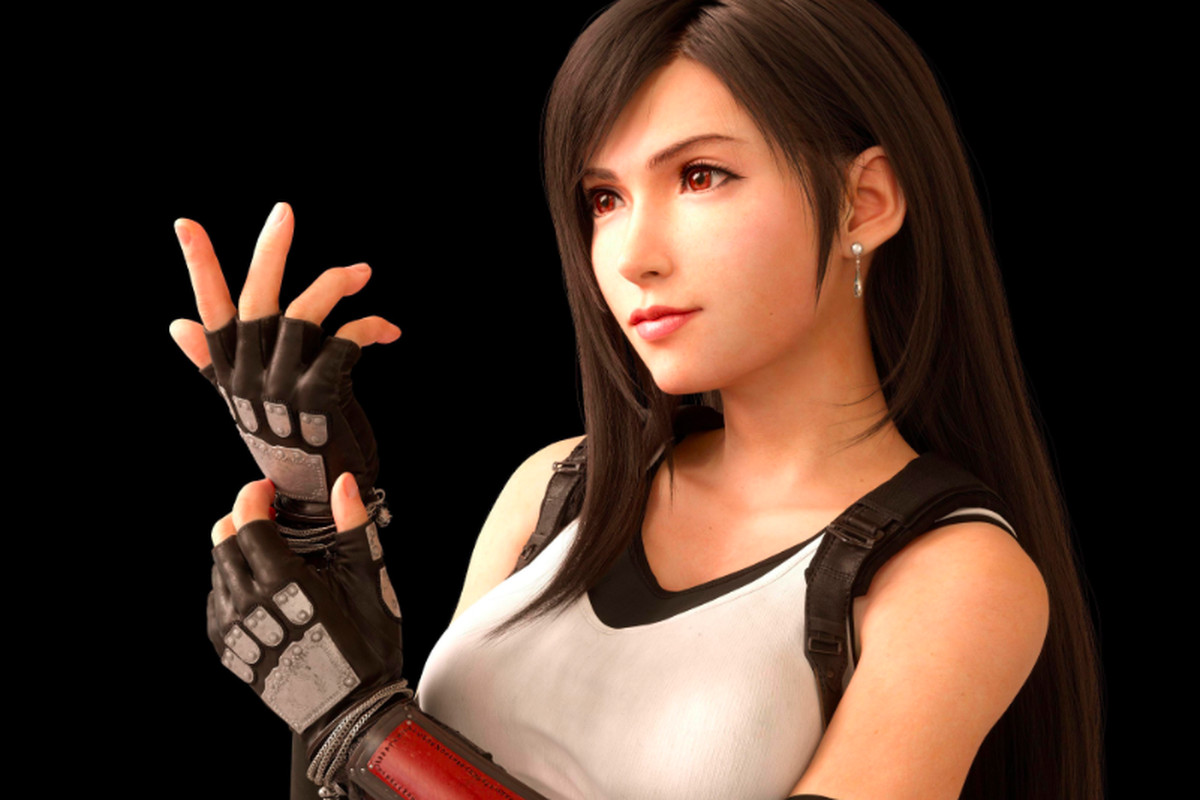 As a party member (and party leader), Tifa helps Cloud on many missions in Midgar, including attacking the Sector 5 reactor, and she later accompanies him in a desperate attempt to stop Shinra from destroying the Sector 7 slums and 7th Heaven. But Avalanche doesn’t stand a chance against Shinra and most of the members of the group are killed. Tifa is eventually forced to flee the city with Cloud, Avalanche leader Barret, and magic-user Aerith.

The game ends with Tifa and the rest of the party pursuing Sephiroth to parts unknown. There’s plenty of story still to retell and hopefully Square Enix will get to give the rest of Final Fantasy VII the remake treatment.

In the meantime, there are a few more things to learn about Tifa if you’re playing Final Fantasy VII for the first time or haven’t played it in years. Here’s a rundown of her weapons, special limit break abilities, and even the different dresses you can pick for her at one point in the game:

Unlike Cloud, Barret, and Aerith, Tifa doesn’t use any weapons, favoring hand-to-hand combat. She’s a damage-dealing brawler who prefers to get up close to enemies and is a powerful ally who can deliver a chain of attacks in quick succession.

Since she uses her fists instead of swords, guns, or staffs, Tifa’s “weapons” in the game are all variations on the gloves she wears. Here’s a rundown of the gloves you can acquire for Tifa in the remake:

Hogwarts Legacy Review Roundup: Is This the Dream Harry Potter Game?
Why One of Star Trek: The Next Generation’s Worst Episodes Is Still Worth Watching
The Snow Girl Ending Explained: Amaya, Murders, Season 2
Hogwarts Legacy: Every Spell In the Game
The Night Court Revival Isn’t The First Time It Returned to NBC