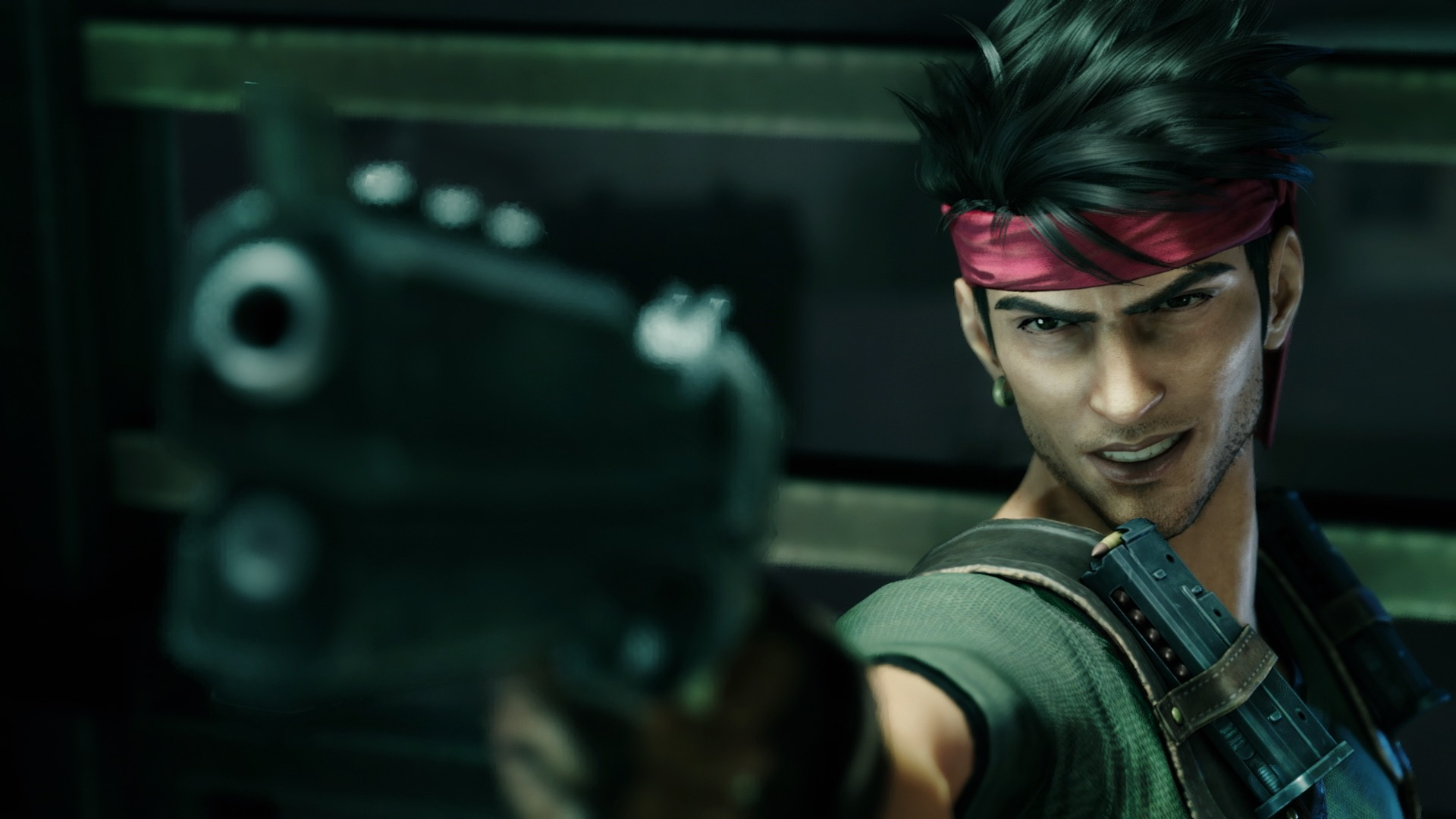 Those who played the original game know how their stories play out and will find that a familiar fate awaits this trio in the remake. After bombing the Sector 1 and Sector 5 reactors in Midgar, Shinra decides to retaliate by dropping part of the upper city on the Sector 7 slums and the Avalanche headquarters below. In an effort to stop Shinra, the Avalanche members rush to defend Sector 7’s pillar but they fail and most of them are killed in the process.

Wedge falls to his death, while Biggs is overwhelmed by Whispers, the hooded ghosts who work to protect destiny (we won’t get into that here). Jessie is wounded while trying to protect the Sector 7 pillar with the others and is crushed when the upper plate falls on them.

While you’ll be left to mourn these three supporting characters after the credits roll on Final Fantasy VII Remake, which ends just after Cloud, Tifa, Aerith, Barret, and Red XIII escape Midgar, this isn’t the only time in the series you’ll encounter Wedge, Biggs, and Jessie. In fact, alternate versions of all three of these characters exist in other installments.

Fans of the series know that Final Fantasy has a tradition of re-using characters across installments, even though most entries don’t have anything to do with each other. For example, each main entry in the series since Final Fantasy II features a character named Cid in either a major or minor role. (He was even retconned into a remake of the original Final Fantasy years later.) Each version of Cid is slightly different — in Final Fantasy II, he’s a minor character who flies an airship as a taxi series, while in Final Fantasy IV he’s a playable character who designs airships and in Final Fantasy VIII he’s the headmaster of a school. Despite the fact that each Cid is technically a different character, he is usually some sort of mechanic, engineer, or pilot who helps the protagonists.

Wedge and Biggs originally appeared in Final Fantasy VI as soldiers of the Gestahlian Empire who accompany protagonist Terra Branford on a mission to the mining town of Narshe, which opposes Imperial rule. The duo is presumably killed when confronted by the frozen esper Valigarmanda inside the Narshe mines.