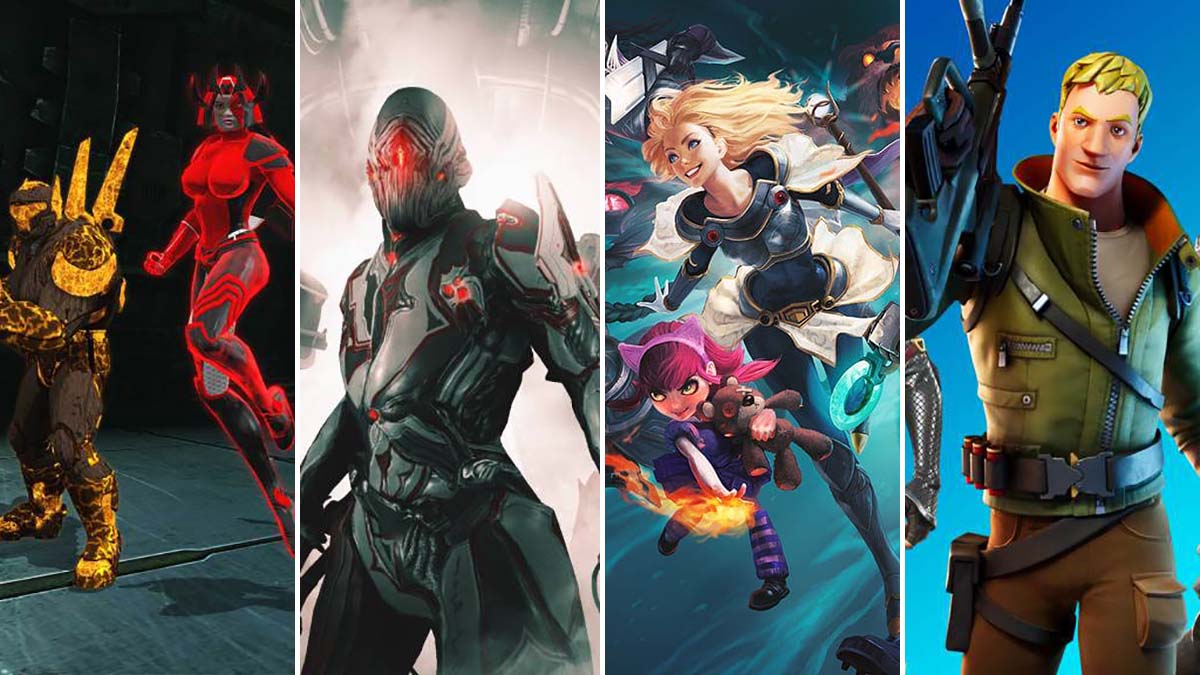 We don’t need to tell you what Fortnite is. As one of the most popular games in the world, Fortnite has captured the attention of everyone from children and streamers to the makers of the highest-grossing movie of all-time.

Hype aside, Fortnite remains an exceptional free-to-play experience. Epic continues to update Fortnite to the point where each log-in can reveal an almost entirely different game. In terms of accessibility and content availability, Fortnite remains one of the gold standards of free gaming.

While Hearthstone offers plenty of chances to spend money, you’d be surprised how many hours you can get out of this game without spending a dime. It’s also much more accessible than the average CCG from a gameplay standpoint, and Blizzard is introducing a series of changes that will make it easier than ever to be a free-to-play user.

If DOTA 2 isn’t your cup of tea, but you feel like you’d fall in love with the MOBA genre if you just found the right title, we’re obliged to remind you that League of Legends is still out there just waiting to consume your life.

League of Legends is not only known as one of the most popular (and important) PC games of the last 20 years, but it’s got a bit of a reputation for being one of the most addictive games ever made. Granted, much of its addictiveness comes from the desire to work through your frustration and finally win a match, but hey, it’ll certainly keep you busy for hours to come.

Available on: PlayStation 4, Xbox One, PC

For quite some time, Path of Exile was known by some as the game you played while you’re waiting for the next Diablo. After years worth of (free) updates, though, there are many who consider it to be the best Diablo game without the Diablo name.

The relatively new “auto-battler” genre is already making a name for itself as one of gaming’s most exciting concepts. While there’s no shortage of auto-battler games out there (even Hearthstone features an auto-battler mode) few do it better than Teamfight Tactics.

This League of Legends spin-off sees you draft a team of auto-fighting heroes and equip them with new gear and abilities. It’s one of the better recent examples of easy-to-learn, tough-to-master, and it’s certainly one of our favorite PC games of 2019.

Warframe initially made a name for itself as a kind of free-to-play Destiny alternative. While the two games feature key differences (Warframe is a third-person, melee combat title, for instance), both projects do feature large sci-fi worlds, incredible character building options, and a ton of loot.

Comparisons aside, Warframe offers one of those rare gaming experiences that is easy to enjoy via small gameplay sessions but is also capable of lasting you years. A consistent stream of worthwhile updates make Warframe more than worthy of your time.

World of Tanks has existed on the edges of mainstream gaming for the last decade or so. It’s an insanely popular competitive multiplayer game, but it’s never really reached the heights of some of its competition.

Still, there are reasons the game has remained an online staple for so long. World of Tanks boasts a surprisingly complex competitive experience populated by an ever-expanding roster of realistic tank designs. There’s still nothing quite like it, and it still has the power to become your new favorite online game.

Before we leave, let’s take a look at some notable services which regularly offer free games.

One of the internet’s most underrated resources boasts millions of free videos, songs, books, and yes, even games.

From a demo for the PC version of Halo: Combat Evolved to the full version of the original Sim City, the software section of Archive.org is a treasure trove of nostalgia that you could easily spend days exploring. If you manage to find your way back from its depths, you can thank us (or curse us) later for alerting you to this site.

While Epic’s pursuit of exclusives, and some of the service’s other aggressive policies, has burdened them with the dread “consumer-unfriendly” label, the Epic Store actually regularly offers some exciting free games.

At the time of this writing, you can get The Stanley Parable and Watch Dogs for free, but Epic’s free game offerings tend to rotate weekly, so be sure to check in for as long as you’re interested in free copies of good games.

In response to the outbreak of the coronavirus, GOG has released a special collection of free retro games. Among them, we can easily recommend diving into Ultima 4 (one of our most influential PC games of all-time), but clearly, you might as well check all of these games out.

Even outside of this bundle, GOG will sometimes offer free (or deeply discounted) retro titles via their launcher and website. As one of gaming’s best sources for retro PC titles, we highly recommend keeping up with them in order to see what is available.

Itch.io features a collection of true indie titles the likes of which you probably won’t even find buried on Steam. It is, however, where you can download David Lynch Teaches Typing, so it does have that going for it.

If you want to truly expand your gaming horizons, Itch.io offers one of the most extensive collections of obscure, creative, homebrew projects that the internet has to offer. You owe it to yourself (and the creators of these experiences) to browse its impressive catalog.

This recommendation does break our rules a bit considering that you do need a subscription to all of these services in order to access their roster of “free” titles. Given that there’s a strong chance you’re already subscribed to one of these services, though, we’d be remiss if we didn’t remind you to take full advantage of their software offerings.

Be sure to also keep up with our regularly updated list of games offered by these services by checking out the following articles:

Steam is not only PC gaming’s premiere digital storefront, but it still boasts one of the best collections of free-to-play titles you’ll find on the interwebs.

We honestly don’t know where to begin when it comes to Steam’s list of free-to-play titles. While we’ve highlighted a few in the section above, it’s not an exaggeration to say that you could spend years playing the worthwhile free games available via this service. Granted, many of those will be anime visual novels, but hey, it takes all types.

Even More DC Shows Have Been Axed at HBO Max
Why Pierce Brosnan Will Always Be Gaming’s Greatest James Bond
Why Devil May Cry 2 Is Still the Most Disappointing Video Game Sequel Ever
“The beauty of Buffy was she represented every single one of us.” Sarah Michelle Gellar on Buffy and her return to genre TV with Wolf Pack
Natasha Lyonne’s Poker Face Is Bringing Columbo Energy Back to TV