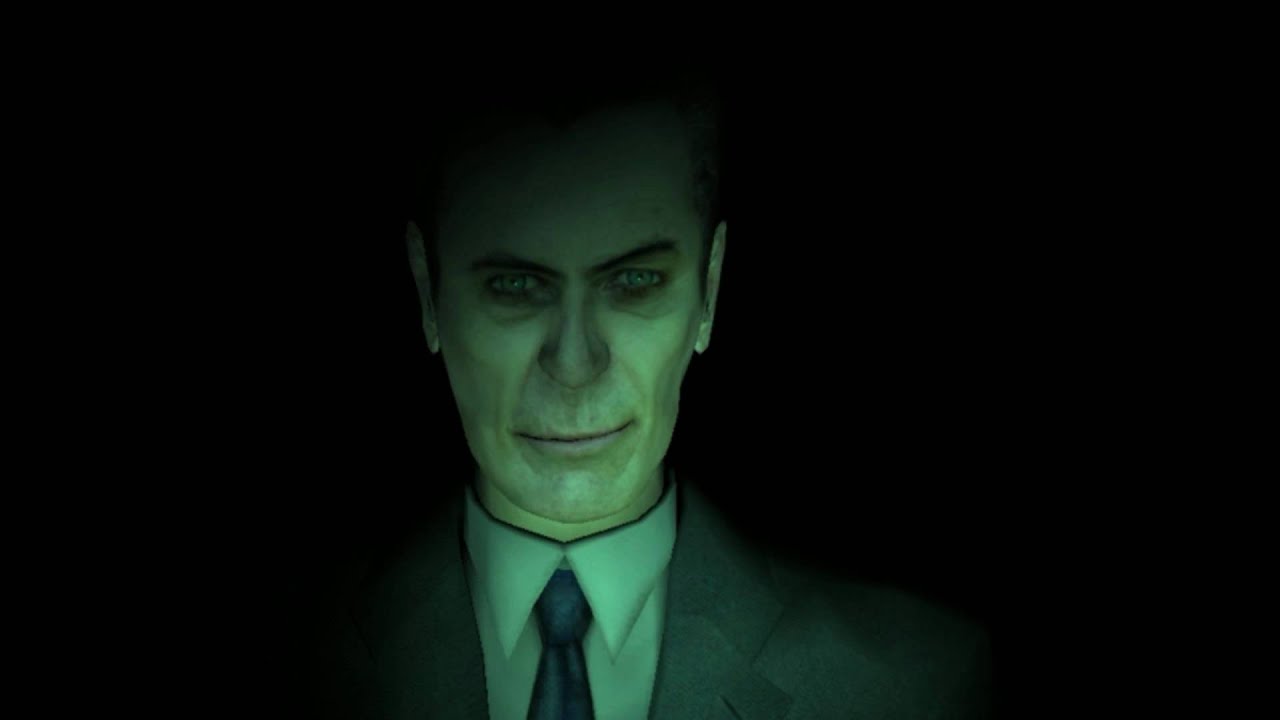 The G-Man is more than just the mysterious god-like being manipulating the games’ events from behind the scenes, he’s the narrative bridge that transports protagonist Gordon Freeman from one game to the next. At the end of the first Half-Life, Dr. Freeman, a physicist with a gift for smashing up alien invaders with his trusty crowbar, is forced to accept a “job offer” from this strange “government” man. The only other option is death. With a smile, the G-Man puts the good doctor in stasis inside of a black void until he’s needed again. Gordon wakes up several years later in Half-Life 2 inside City 17 for reasons that soon become clear: the physicist must quell an alien invasion of Earth before humanity is lost.

After all these years, the G-Man’s motivations are still unclear. He knows more than everyone else in the story, an omniscient presence who’s always watching, but whose side is he on in the war between humanity and the alien empire known as the Combine? In the games, the G-Man says he’s operating on behalf of his “employers,” an unseen third party pulling the strings from the shadows (or another dimension). So is the G-Man another puppet or an agent of chaos? The series’ main villain?

Shapiro relishes the questions surrounding his most famous video game role. Talking on the phone at the time of the release of Half-Life: Alyx, the first new Half-Life game in 13 years (that’s a whole other story), Shapiro can barely contain his excitement for the new game and its clear that he loves this role and the franchise deeply. He’ll even tease you with some secrets about the G-Man if you ask nicely.

“There’s a good deal more about him and his circumstances that I know than I can share right now,” Shapiro says. “I don’t think I’d call him a bad guy, but I would call him a kind of anti-hero maybe in the sense that he’s somebody that we never stopped enjoying or even in a sense rooting for and yet, you can’t quite trust him and that’s a pleasurable kind of on the edge of what you can be sure about. He’s never going to do something uninteresting.”

Despite being set in between Half-Life and Half-Life 2, Alyx features a startling appearance from the G-Man that may or may not set up the future of the series. No, Half-Life 3 isn’t finally confirmed, but Shapiro is optimistic.

The Portable Door: Sam Neill and Christoph Waltz star in new fantasy
Gunther’s Millions: The True Story Behind Netflix’s Rich Dog Docuseries
Why One of Star Trek: The Next Generation’s Worst Episodes Is Still Worth Watching
Which TV or Movie Cop Would You Want To Investigate Your Murder?
Why Dragon Quest Has Always Been So Much More Popular In Japan