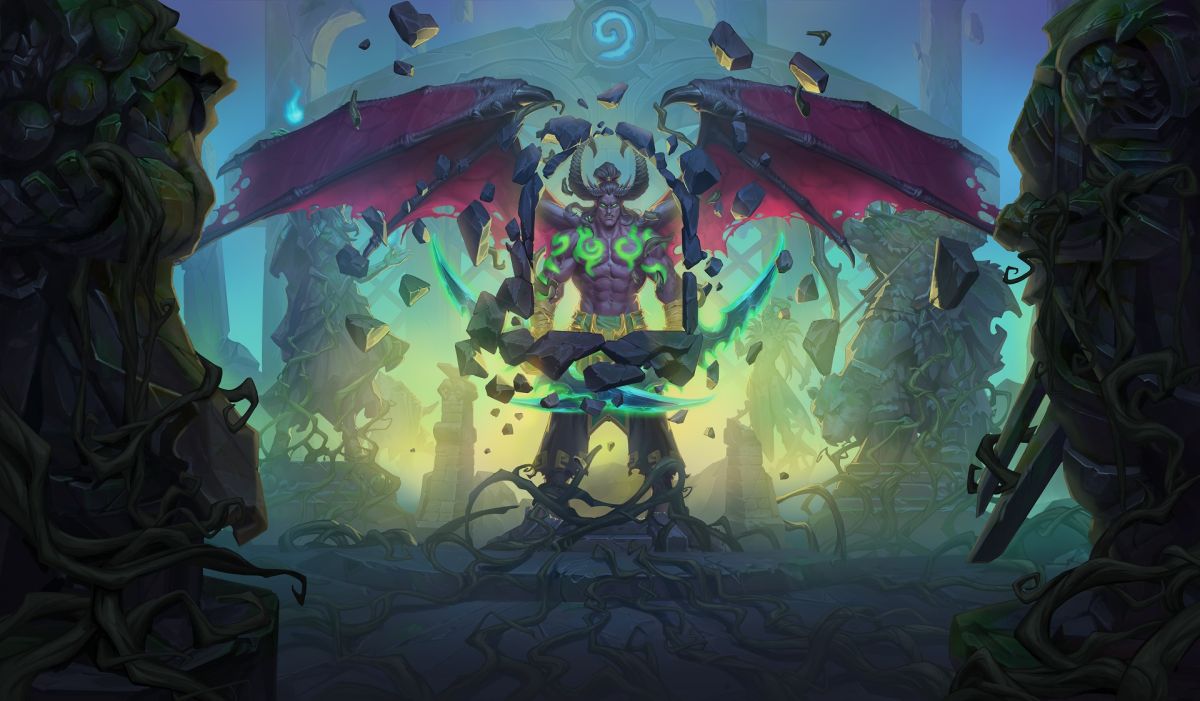 On that note, Stormrage will no longer be featured on the Legendary card that once bore his name and image. That card will be renamed and redesigned to feature a new character. The card’s stats and effect, however, will remain the same.

What separates the Demon Hunter class from other classes in the game? Well, as Blizzard noted, Demon Hunters will have access to their own collection of exclusive cards, just like the game’s other classes do. They’ll also have access to a devastating one-mana hero power that grants the hero one attack point for one turn. That makes Demon Hunters the only class that has access to a one-mana hero power that doesn’t need to be acquired via the abilities of another card.

That one attack will often come in handy, as Demon Hunters have access to a variety of weapons that can be buffed through that hero power. In general, Blizzard wants Demon Hunters to be “aggressive attackers who can dominate the early game with glaives and claws.” They’ll also have access to life-stealing abilities and an array of demons.

Furthermore, certain Demon Hunter cards will benefit from a new keyword called Outcast. This mechanic allows you to unleash a card’s powerful secondary effect but only if it’s the left-most or rightmost card in your hand. This creates a new kind of strategy that we haven’t previously seen in the game outside of very specific (and limited) examples.

Here’s everything else you need to know about the new Demon Hunter class:

Better Call Saul Series Finale Release Time and Season 6 Recap
Tales of the Walking Dead Breaks the TWD Universe Wide Open
Red Rose: A Must Watch Horror Series For Fans of Derry Girls
What Uncharted Gets Right That So Many Video Game Movies Get Wrong
Never Have I Ever Season 3: Ranking Every Couple By Compatibility