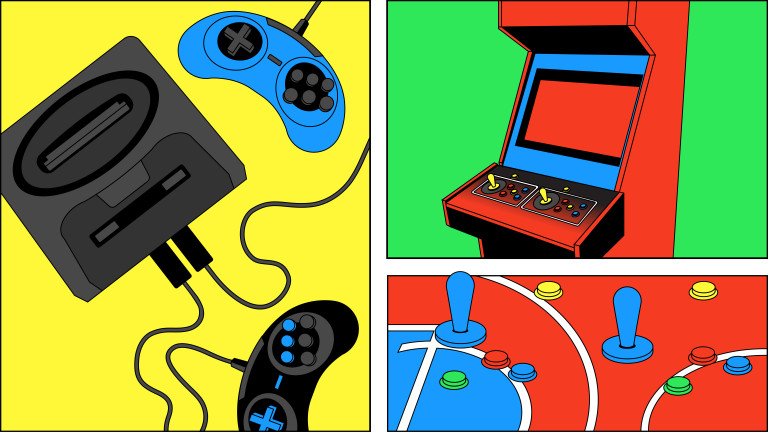 “It’s a love letter to an era of video games that doesn’t exist anymore,” says Tsui, who has been working on Insert Coin for four years, raising over $92,000 on Kickstarter to get the project made. For the film, Tsui interviewed Midway titans such as Eugene Jarvis, John Tobias, Mark Turmell, and Sal DiVita, the game designers responsible for most of the company’s biggest titles.

On the phone, Tsui tells particularly funny stories about DiVita getting “shit-faced” in a drinking competition with former WWF World Heavyweight Champion Yokozuna at a Chicago dive bar and Midway accidentally sending Turmell a pair of million-dollar royalty checks. Such was the success of Midway in its golden age that “accounting couldn’t even keep track of all the money that was going in.”

Listening to Tsui describe his time working at Midway, it’s clear that he’s nostalgic for a more utopian vision of game development almost unheard of in today’s mega-corporation-run games industry in which employees are often overworked, underpaid, and don’t receive royalties for their creations, although the latter was rare even back in the ‘90s: “Midway was one of the few companies that actually gave royalties based off of every arcade unit sold. I mean they would make a ton of money. So it was quite the heyday.”

Tsui moved on from Midway in 1999 to start his own studio but eventually had stints at other companies, such as Electronic Arts, a publisher that has been criticized in the past for its demanding “crunch,” the production phase right before the release of a game that can result in 100-hour work weeks with no additional compensation for exhausted developers. Midway had crunch too, and Tsui admits it was hard work, but those long nights were also a labor of love. Tsui suggests the studio’s “very flat structure” made crunch a lot more tolerable, and that the designers themselves ultimately had the final say on how much time a game needed to be finished and when it would be released. Listen carefully: this is unheard of today.

“We didn’t have producers. We didn’t have people telling us, ‘Hey, you have to stay,’ or, ‘You have to work the weekend.’ It was quite literally self-motivated. I would stay all hours of the night working, and we’d play games afterward,” Tsui says. What games would the Midway team play after “pushing pixels” all night? “It went from Quake to Quake 2, then Unreal, and Unreal Tournament. There’s that whole ’90s era of first-person shooters. We were ridiculously competitive.”

Never Have I Ever Season 3: Ranking Every Couple By Compatibility
Tales of the Walking Dead: The Best Animals in the TWD Universe
20 PlayStation Games That Were Way Ahead of Their Time
Red Rose: A Must Watch Horror Series For Fans of Derry Girls
DC May Have Found Its Kevin Feige