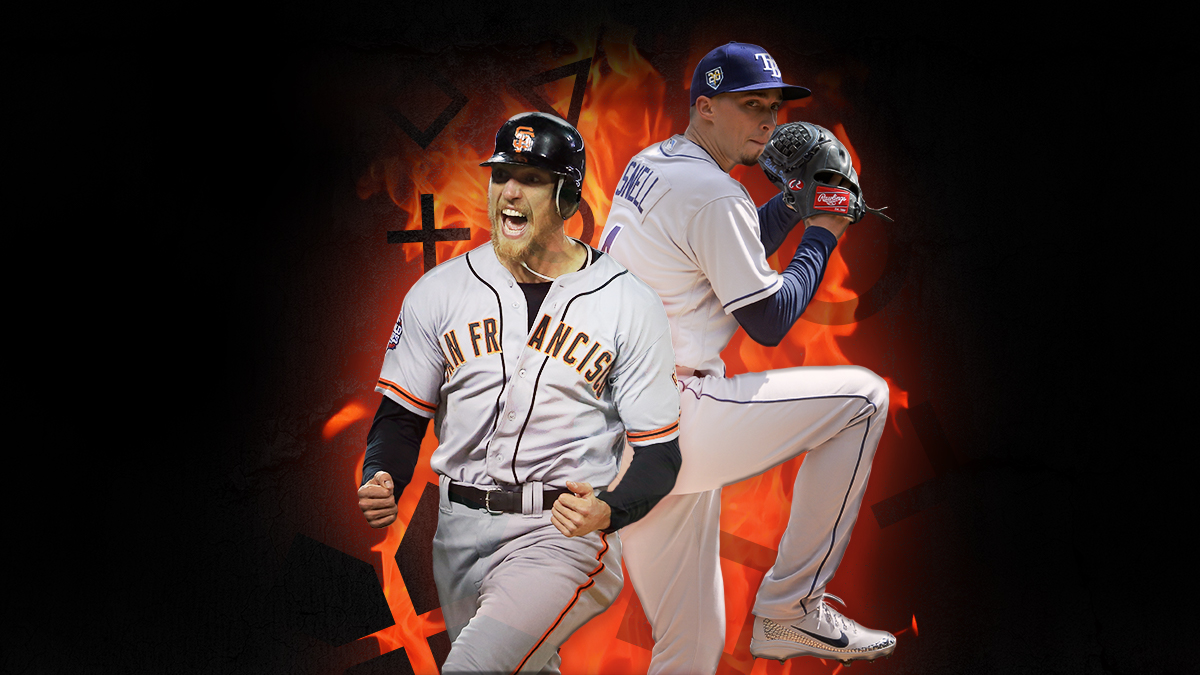 With a full slate of games, the Players League came as close as possible to replicating a busy night during the MLB season. Twitch essentially became MLB Tonight as fans could jump around to different streams. MLB Network’s Robert Flores was back as the master of ceremonies and his call of Trevor May (Twins) and David Dahl’s (Rockies) matchup was one of the more entertaining streams of the night. May, the league commissioner, eked out a 1-0 victory despite several fielding gaffes. May went 4-0 on the night after going 1-3 on opening night.

Blake Snell also redeemed himself on Monday after a lackluster opening night and beatdown at the hands of Joey Gallo. Snell went undefeated Monday vs. Ian Happ (Cubs), Tommy Kahnle (Yankees), Dwight Smith Jr. (Orioles), and Brett Phillips (KC). For the full list of results and schedule for Tuesday night’s games, head over to MLB’s central hub for standings, schedules, stats, and videos. You can catch Monday’s stream below.

Dongs of the Night

Hunter Pence, on his birthday, delivered perhaps the best moment of the Player League so far. His game with Brett Phillips went the distance, nine innings, meaning six additional extra innings in this league. Pence walked it off with Buster Posey, then Pence’s wife got in on the celebration.