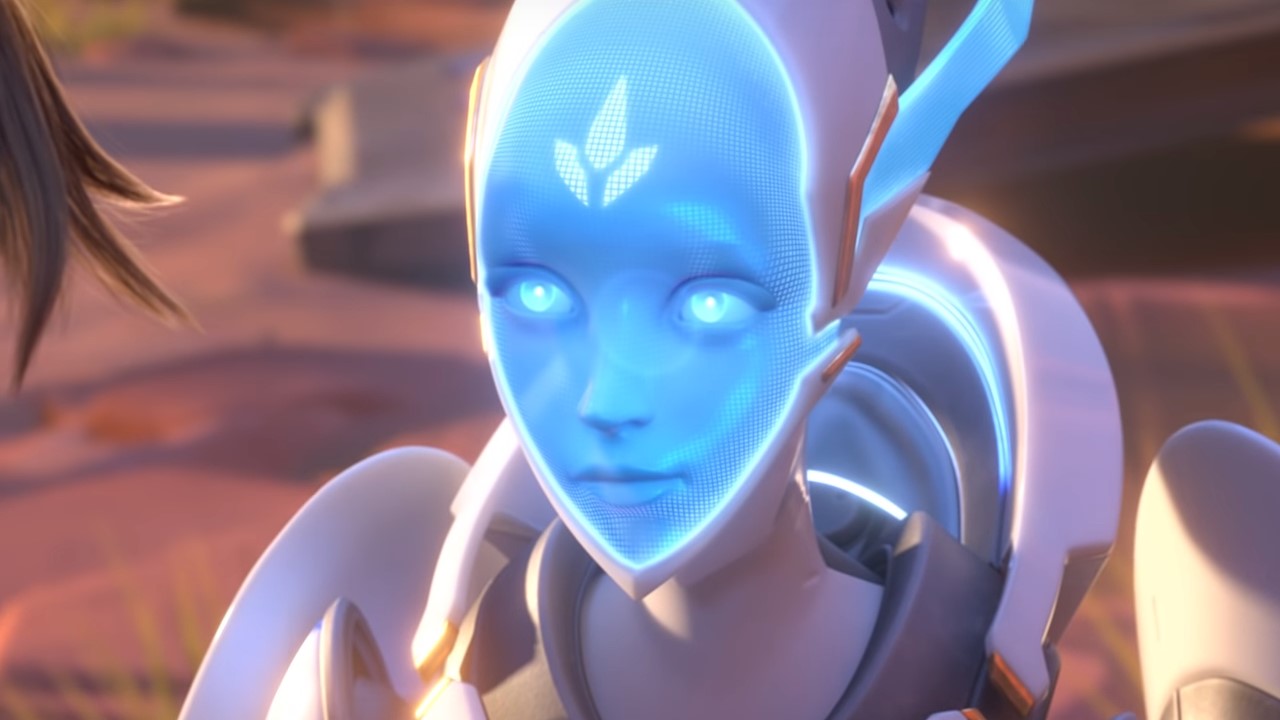 Echo has been revealed as Overwatch‘s 32nd hero in a new trailer that teases her arrival to Blizzard’s competitive first-person shooter. Blizzard didn’t share any details regarding the hero’s abilities or stats, but it’s expected the developer will roll out that information in the coming weeks.

The omnic — the Overwatch universe’s version of a self-aware robot — first appeared in an animated short called “Reunion” in 2018 and had been the subject of speculation as an upcoming hero for months, especially since early Overwatch concept art included an Echo-like character among its designs. The trailer describes Echo as “an evolutionary robot programmed with a rapidly adapting artificial intelligence, Echo represents the cutting edge of technology.”

As previously revealed in “Reunion,” Echo was rescued by McCree and now works with the Overwatch team. Echo also appeared in the cinematic for Overwatch 2, further suggesting that the character would soon be playable. She will also be playable in the sequel, which doesn’t have a release date as of yet. Luckily, fans won’t have to wait as long as that to get their hands on the new hero.

Echo’s history goes back to the Omnic Crisis — a huge robot rebellion — that led to the creation of the Overwatch team in the first place. As fans of Overwatch lore know, the Omnic Crisis was a world war fought 30 years before the start of the game that devastated the world and had long-lasting effects that are still felt in the game’s present. While peace was eventually struck between humanity and the omnics, tensions have risen again and fears of a second war act as a backdrop for the game.

Crossroads’ Most Bonkers Storylines
The Last of Us: Who Is Kathleen In the Games?
Yellowstone: Lilli Kay on the Show’s Cross-Demographic Politics
The Night Court Revival Isn’t The First Time It Returned to NBC
Why Dragon Quest Has Always Been So Much More Popular In Japan