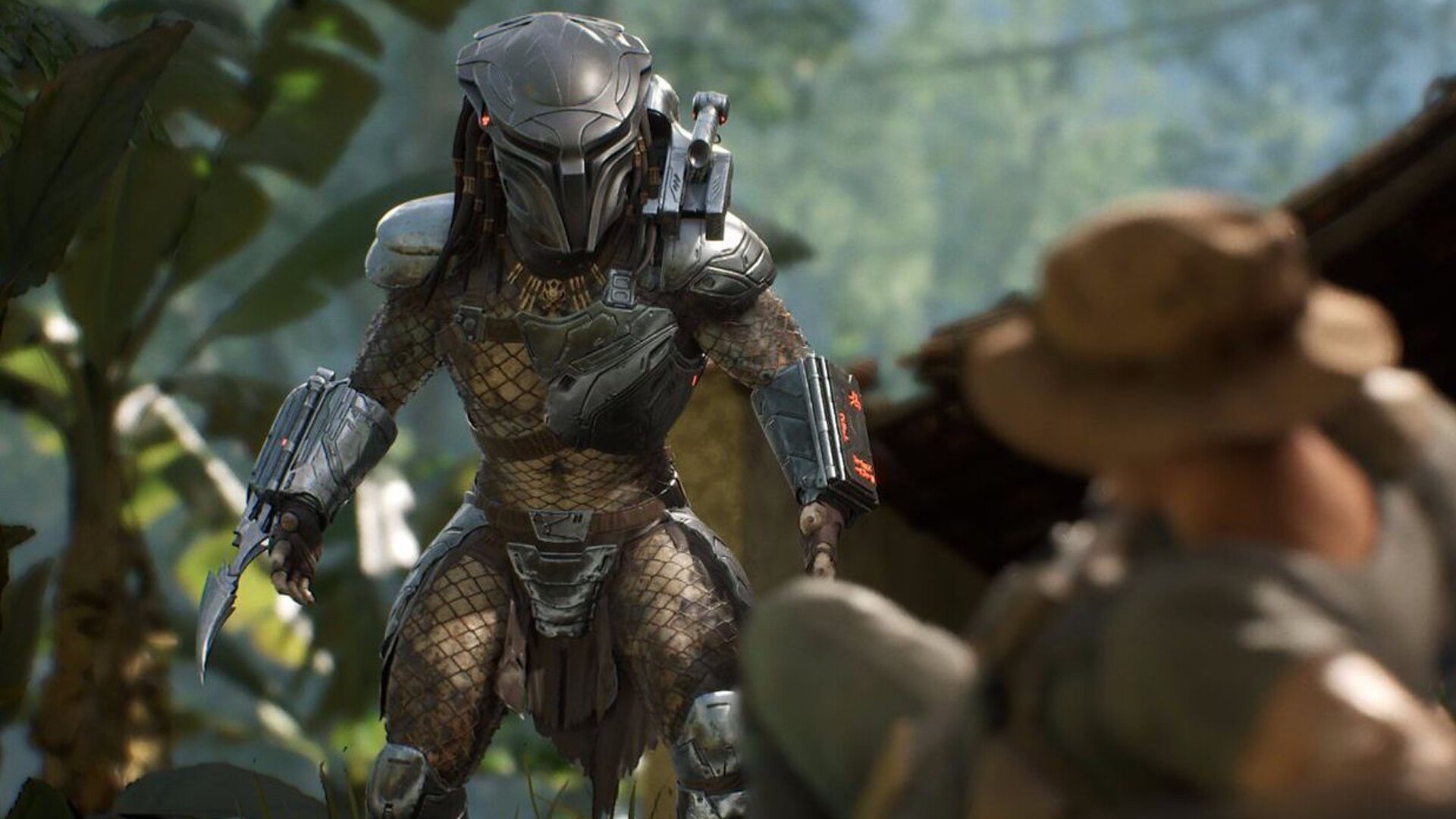 Those who have played other asymmetrical multiplayer experiences will know roughly what to expect from this game. The four soldiers must use a combination of modern weapons and teamwork in order to defeat the predator (or escape) and a band of A.I controlled enemies. The predator, meanwhile, not only has access to high-tech alien weaponry but incredible athleticism and stealth abilities that make him extremely tough to kill.

Aesthetically, Predator: Hunting Grounds is heavily based on the original film. That means that you’ll be doing battle in dense jungles which do offer the predator player plenty of chances to seek cover but also occasionally allow the soldiers to set elaborate traps much like Arnold and the gang did in the original film.

Of course, you shouldn’t expect to be able to go full Arnold in this game and come out alive. While the developers indicate that splitting up into smaller packs can be a viable option, it really does seem like the soldier team’s biggest advantage is teamwork. Use it or lose it, kids.

Asymmetrical multiplayer games like Dead by Daylight have given us a taste of what a predator game with this format could offer, but we’re excited to see more of what happens when such a game fully commits to this world and this concept. While games like Evolve never realized their full potential, the success of the aforementioned Dead by Daylight and even the incorporation of asymmetrical multiplayer in Doom Eternal suggest that studios may be figuring out just what makes this style truly work.

Predator: Hunting Grounds is set to release in full on April 24.

The gods want their powers back in the second Shazam! Fury of the Gods trailer
Teen Wolf: The Movie Ending Explained
Xbox’s Lack of Exclusives Has Been a Real Problem For the Series X/S Generation
Fire Emblem Engage: How to Recruit Every Character
Why Pierce Brosnan Will Always Be Gaming’s Greatest James Bond