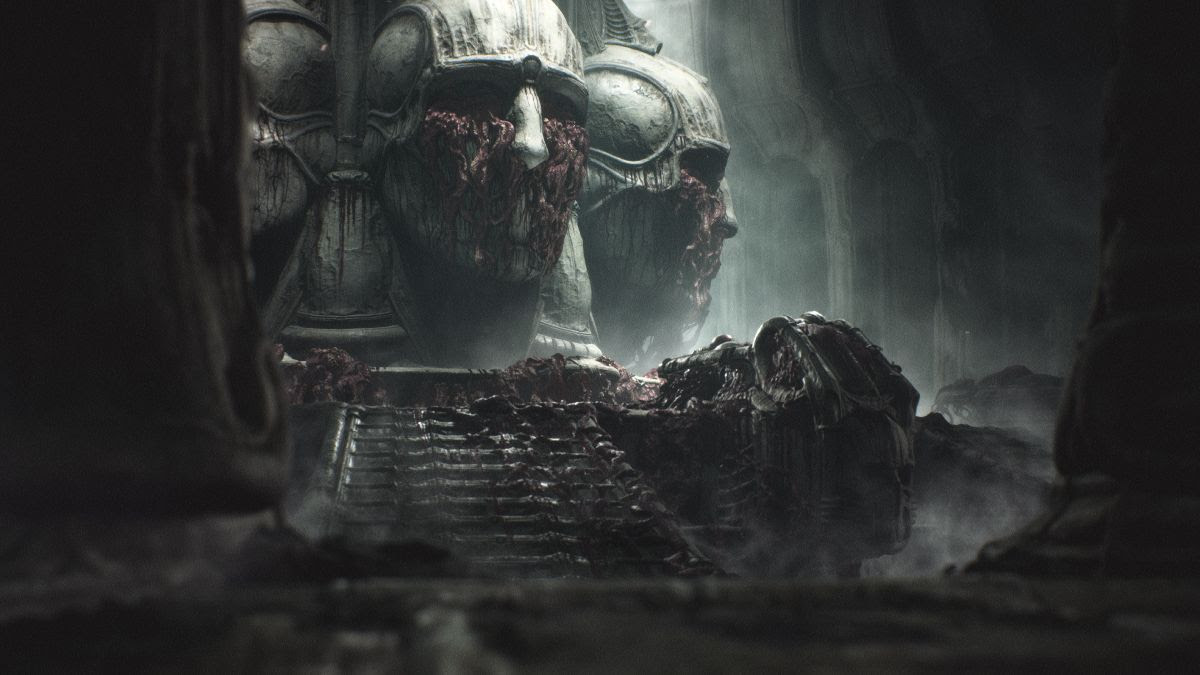 Scorn is one seriously disturbing game. Its emphasis on grotesque representations of the human form with a slightly alien twist is not only worthy of its influences — the H.R. Giger inspiration is clear — but showcases a level of body horror we rarely see in video games.

“The team has drawn visual inspiration from Swiss painter H.R. Giger and Polish painter Zdzislaw Beksinski,” Kowloon Nights, which partially funded the game, explained in a press release. “Conceptual inspiration has come from works by unique writers like Franz Kafka and Jorge Luis Borges, horror and sci-fi writers like Thomas Ligotti and J.G. Ballard, and the weird cinema of David Cronenberg and David Lynch.”

Since this game was first announced in 2014, it’s been bill as much more than a disturbing work of art. According to the tiny team of developers over at the Serbian studio Ebb Software, Scorn is actually a first-person adventure title that is apparently looking to trend closer to a first-person shooter, but with a few twists on the genre’s most dated concepts.

Specifically, Scorn is interested in doing away with the idea of enemies that are automatically hostile to you (similar to what we saw with the Big Daddies in BioShock) and the popular notion of in-game cutscenes. Instead, Scorn‘s story is intended to be conveyed through the game’s environment. The game’s website even suggests that you’re at risk of missing potentially crucial bits of the story if you are not willing to explore every inch of this horrific world. That’s a feat made all the more difficult by Scorn‘s supposed lack of a traditional HUD.

How Did the Cordyceps Infection Start In The Last of Us Games?
“I will visit it, if Zorro is my age now.” Antonio Banderas on reprising his iconic roles
Happy Valley’s Turkish Remake Never Got the Chance To End
Hogwarts Legacy PC Requirements: Can You Run the Game?
The Office Updates a Fan-Favorite Scene