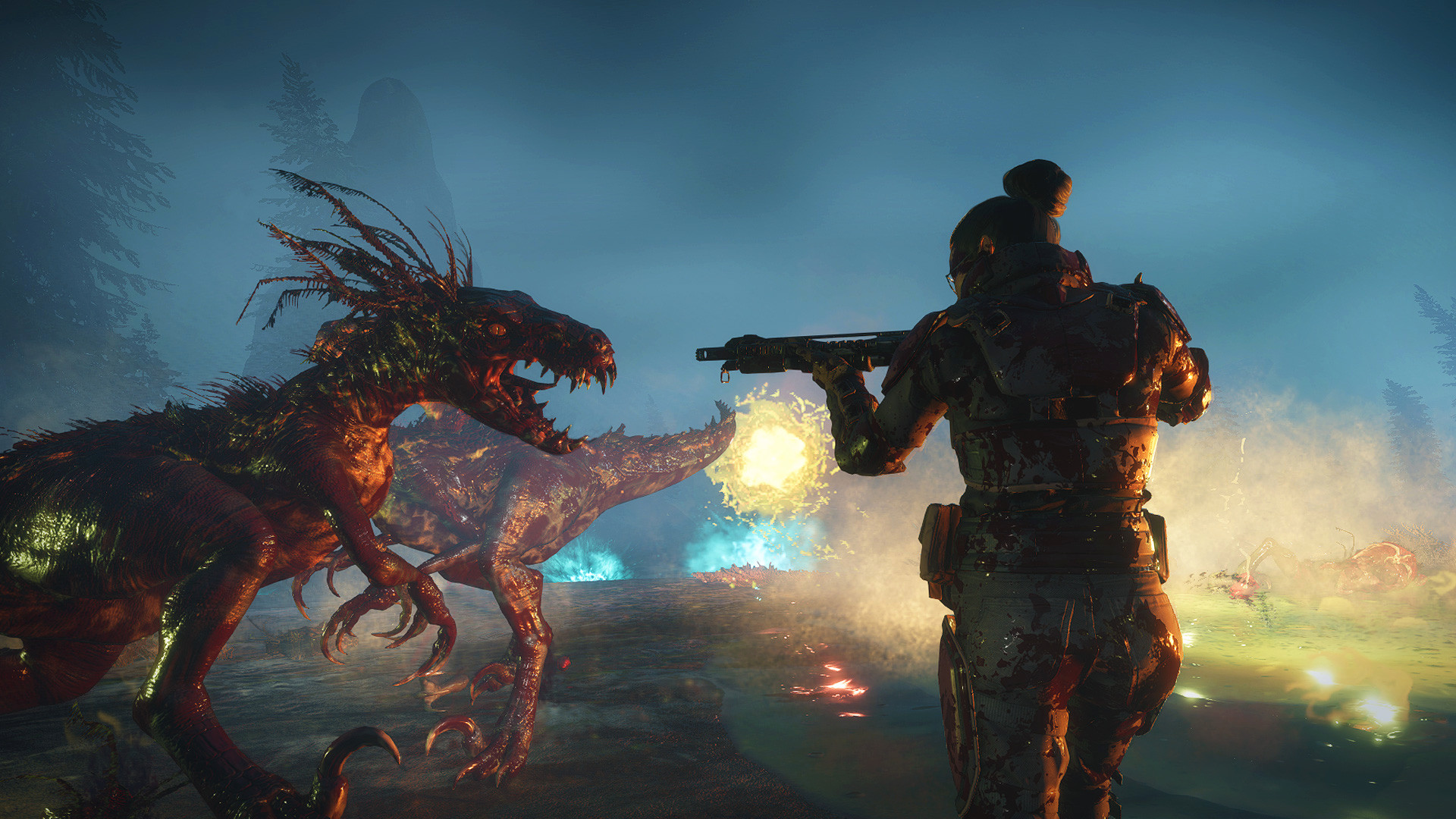 First revealed during today’s Xbox Series X stream, Second Extinction is quickly becoming one of the most interesting action titles on the horizon.

Developed by Systemic Reaction, Second Extinction seemingly started with the simple pitch of “Evil Mutant Dinosaurs have taken over the Earth.” Appropriately enough, then, the game tells the story of a future in which dinosaurs have reclaimed the planet. As you may imagine, humanity decides that they can’t have any of that nonsense and decide to destroy the dinosaurs (despite reports of their surprisingly progressive views on healthcare reform).

The plot is certainly light, but we’re impressed by the execution of this concept at this early stage. The dinosaurs look great, and the general design of the game combines lovable sci-fi tropes and the aesthetics of those old B-movies that imagine some kind of dinosaur driven apocalypse.

What really has us intrigued, though, is the gameplay. Essentially, Second Extinction combines elements of Left 4 Dead and Destiny. It sees you and two friends wander through dinosaur ridden worlds and not only work together to defeat the dinosaur menace but improve your skills along the way.