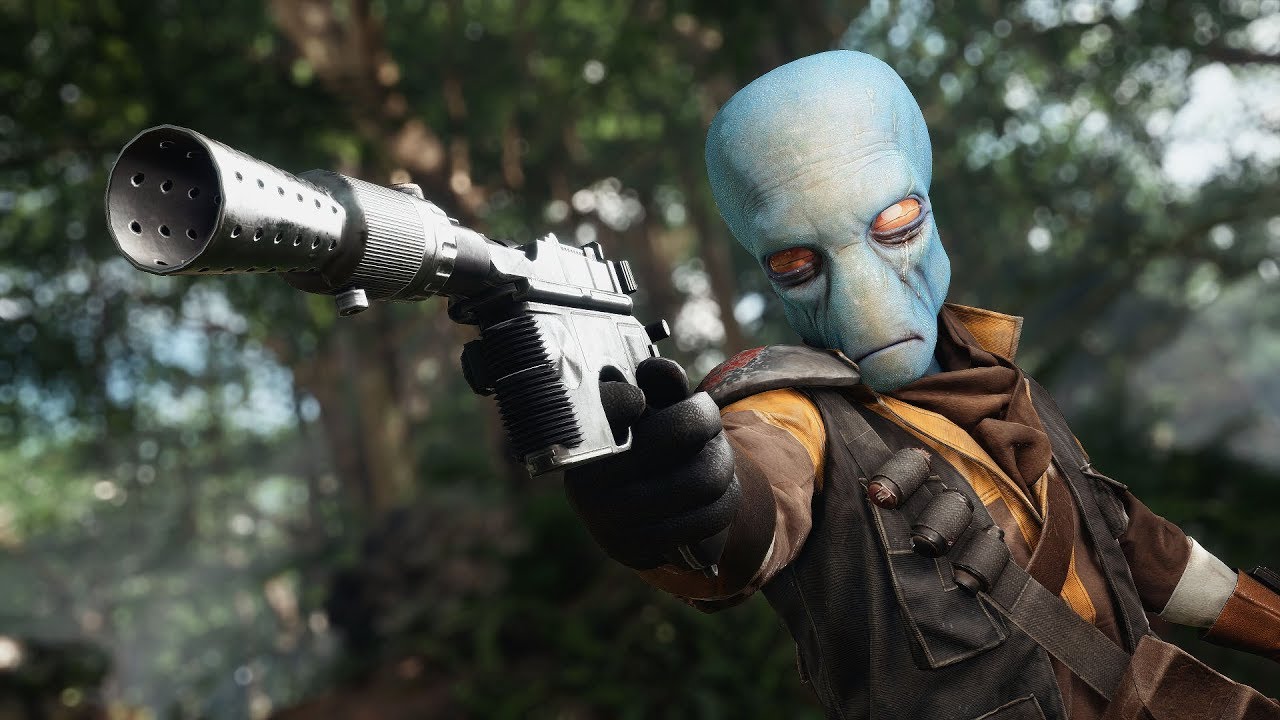 Star Wars Battlefront II explored a whole new story set between Return of the Jedi and The Force Awakens. The single-player campaign introduced Iden Versio, the leader of the Empire’s elite special forces unit and later a Rebel and Resistance agent, as well as new Rebel heroes and Imperial villains. It also featured the return of some beloved favorites, giving us our first on-screen look at Luke Skywalker, Leia Organa, Lando Calrissian, and Han Solo (with a beard!!!) in the days and years directly after the Battle of Endor.

But while all of these characters take center stage in the story at one point or another, none proved to be as popular among players as Shriv Suurgav, the sarcastic and cynical Duros who fought alongside Lando and Iden against the Empire and the First Order in the game. Shriv’s dynamic with the care-free and charming Lando instantly won him fans, as he moped around during their missions, commenting on his partner’s larger than life heroics. But like Han, Shriv has a heart of gold on the inside, as he fights to protect the galaxy from Imperial tyranny, but he’ll never show it.

While he never appeared in any of the Original Trilogy movies, it’s explained in the official Star Wars databank that Shriv took part in the Liberation of Sullust before the events of Return of the Jedi and also fought alongside other Rebels in the Battle of Endor, taking part in the celebration on the planet after the Emperor fell and the second Death Star was destroyed. In IDW’s Star Wars Adventures comics, we see Shriv working with Sullustan Rebel hero Nien Nunb to thwart the plans of what remained of the fractured Empire.

In Battlefront II, we first meet Shriv during an Imperial siege on Naboo, an attack carried out just days after the Battle of Endor that was part of the Emperor Palpatine‘s ultimate plan to rise again. After his death, the Emperor sent a posthumous message to the Empire’s remaining military leaders to set his wicked contingency plan in motion. Operation: Cinder was meant to destroy Imperial planets such as Naboo and Vardos. But why would the Emperor want to destroy Imperial centers of power? While it may sound a little convoluted, the plan is actually quite simple: in order to create his Final Order on Exegol, he needed to end his old Empire so that the New Republic would feel safe and turn a blind eye to the formation of the First Order in the Unknown Regions.