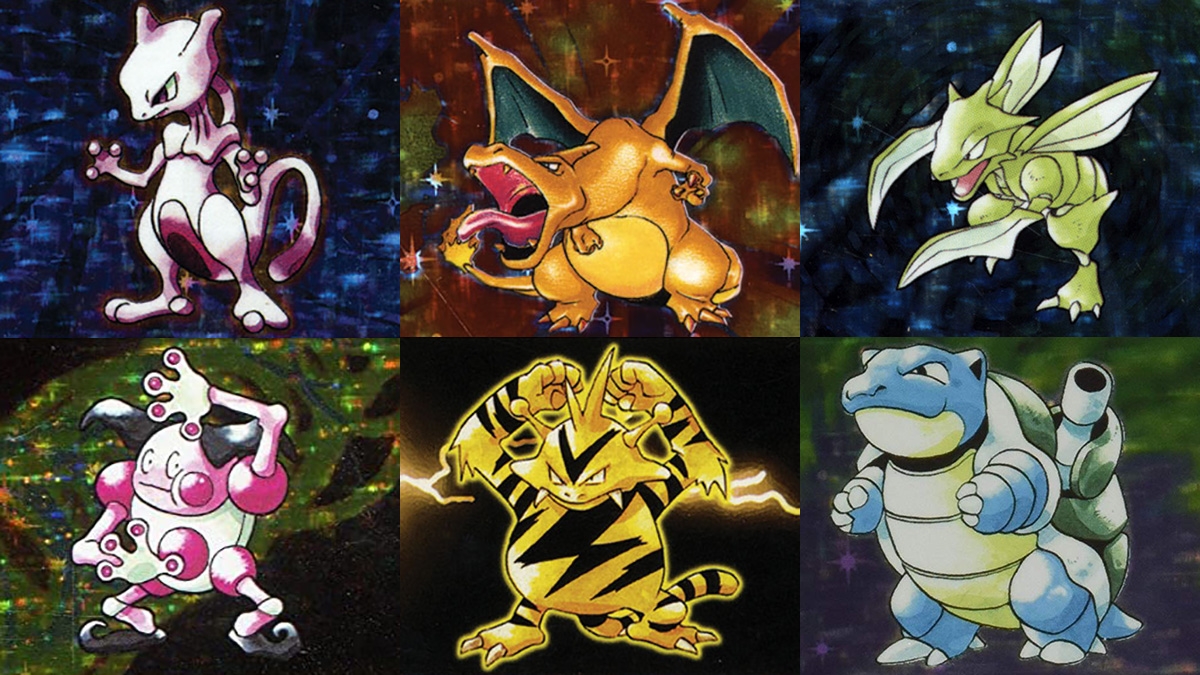 Here we go! And now we’ve arrived to the collection of cards we’ve all been waiting for. One deck archetype in retro Pokémon towers over the rest. We’re referring to Haymaker, of course. Haymaker simply collected the three basic Pokémon with reasonable 70 HP and cheap, effective attacks and unleashed them upon the world together in a flurry of…well, haymakers. Hitmonchan is likely the worst of the three Pokémon used in Haymaker by just a smidge. The need for two fighting energy makes him less versatile than his two counterparts. A new Hitmonchan is in Sword & Shield with an inflated attack and HP but the competitive Pokémon meta may have passed him by.

Next up is Electabuzz. ‘Buzz boasts basically the same stats as Hitmonchan but makes everything a little cheaper with only a small downside. It’s truly hard to beat 30 damage with the potential for more for only two total energy. Sure, Electabuzz could hurt himself in the attempt but his upsides make him a worthy Haymaker inclusion.

Scyther is the best of the Haymaker bros by a very slim margin. The fact that his main attack requires all colorless energy makes him extremely versatile and useful. He can be inserted into just about any deck and deliver 30 damage turn after turn. Not only that, but he is the only one of the main Haymaker trio not to have any retreat cost. Even his resistance to fighting types is tremendously helpful as it inoculates him against other Haymakers. And his weakness is the rare fire type as well. But really, however you choose to rank Hitmonchan/Scyther/Electabuzz is fine. All three are inseparable as the best Pokémon that the early version of this game had to offer. Still, there are two non-Pokémon even better.

Players of other non-Pokémon trading card games know that there is one fundamental truth to the format: card draw is hard to come by. Drawing cards is the engine through which players play any card game, and game designers don’t want to make the act too easy, lest it throw off the balance of power in any given game. Pokémon apparently had no such concerns. Bill lets you draw two cards. Simple, elegant, and hilariously powerful. There are no drawbacks whatsoever. Whenever you have Bill in hand and on your turn, you can play him to get two cards. Try explaining the simplicity of that to a Magic: The Gathering player who has to pay two to three mana for a similar effect. In Sword & Shield, the Trainer “Hop” allows you to draw three cards, but as a Supporter card can only be played once per turn.

The only thing better than drawing one card is drawing seven. Yes. Seven…SEVEN…S-E-V-E-N. Granted, Professor Oak comes along with the stipulation that you must discard your hand first. But if you play your cards right (literally), you can essentially pull off a six-card draw for the price of one Trainer. And even if you already have a few cards in hand, playing Oak at the right time will almost always change the entire complexion of your game. Professor Oak isn’t just the best card from Pokemon’s base set, it might be among the best cards ever printed. And the best part is that Oak’s legacy lives on in the many new “Professor” cards in modern Pokemon sets. Professor’s Research in Sword & Shield has the exact same effect, but like “Hop” is a Supporter card, limiting its use to one turn. Of course, with either Oak or Research, that shouldn’t be a problem.

Fire Emblem Engage: How to Recruit Every Character
The Last of Us Episode 2 Review: Anna Torv Steals the Show as Tess
Extraordinary: Disney+ Super-Power Comedy is Definitely Not For Kids
Dead Space: What Happens In the Remake’s Secret Ending?
Unwelcome Review: For fear of little men