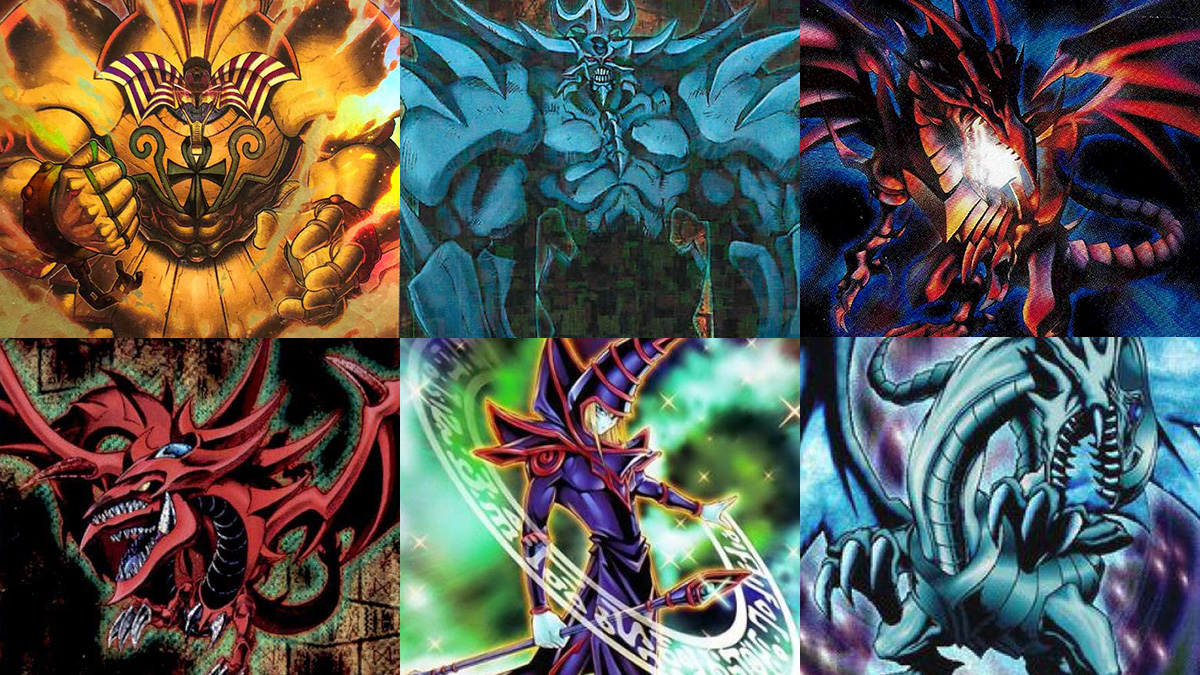 Both the Yugi and Kaiba starter decks received a make-over for a 2013 re-release that brought their fundamental themes up-to-date. Fronted by the usual Dark Magician and Blue-Eyes White Dragon, these decks contain several worthwhile additions to the collection.

Firstly, Kaiba Starter Deck Reloaded has a strong set of basic monsters. Luster Dragon, Vorse Raider, and Mad Dog of Darkness are each level-4 summons boasting 1900 attack, making them great for front-line offense that can be rolled into getting out the Blue-Eyes. Then, there’s the Shard of Greed, the replacement for the banned Pot of Greed that allows you to draw two extra cards after two turns. Dark Hole makes an appearance, always handy, and Burst Stream of Destruction, which destroys all enemy monsters if you have a Blue-Eyes on the field, a nice complement to the fearsome dragon. What’s more, the deck comes with two Blue-Eyes White Dragons, meaning you’ll only need one more to bring out the Blue-Eyes Ultimate Dragon.

Then we have the Yugi Starter Deck Reloaded, which holds some sturdy effects monsters and traps. The emphasis on spellcasters gives some of the most useful, including Magician’s Valkyria, who draws fire from all other spellcasters on your side, and Skilled Dark Magician, who has 1900 attack and can be sacrificed when you’ve used three spells to summon Dark Magician. There’s a couple of reliable one sacrifice monsters, like Dark Magician Girl and Summoned Skull, and Mirror Force and Magic Cylinders, both useful traps for any occasion.

Given that these are older sets, and decks aimed at beginners, there isn’t a huge amount here if you’ve been following the archetype decks of the current 10th series, which ends this year with the upcoming Eternity Code. That said, traps such as Mirror Force, and spells like Shard of Greed and Dark Hole can prove useful in most any setup, and since Eternity Code rounds out the series, they should be able to find a place in the totality of the archetypes.

A few years ago, Konami put out mega tins for Yugi and Kaiba that brought together many of the top cards from the 2016 and 2017 booster sets, which included the likes of The Dark Illusion, Shining Victories, and Raging Tempest. These tins are good value for a dose of nostalgia courtesy of Dark Magician and Blue-Eyes White Dragon, and getting a slew of modern cards in the three mega packs each contain.

Where to Find a PS5 and Xbox Series X In 2023
The Last of Us: Episode 3’s Final Scene Is More Important Than You Think
Mr Breakfast Review: Living your best alternative life
Happy Valley’s Turkish Remake Never Got the Chance To End
HBO Max New Releases: February 2023