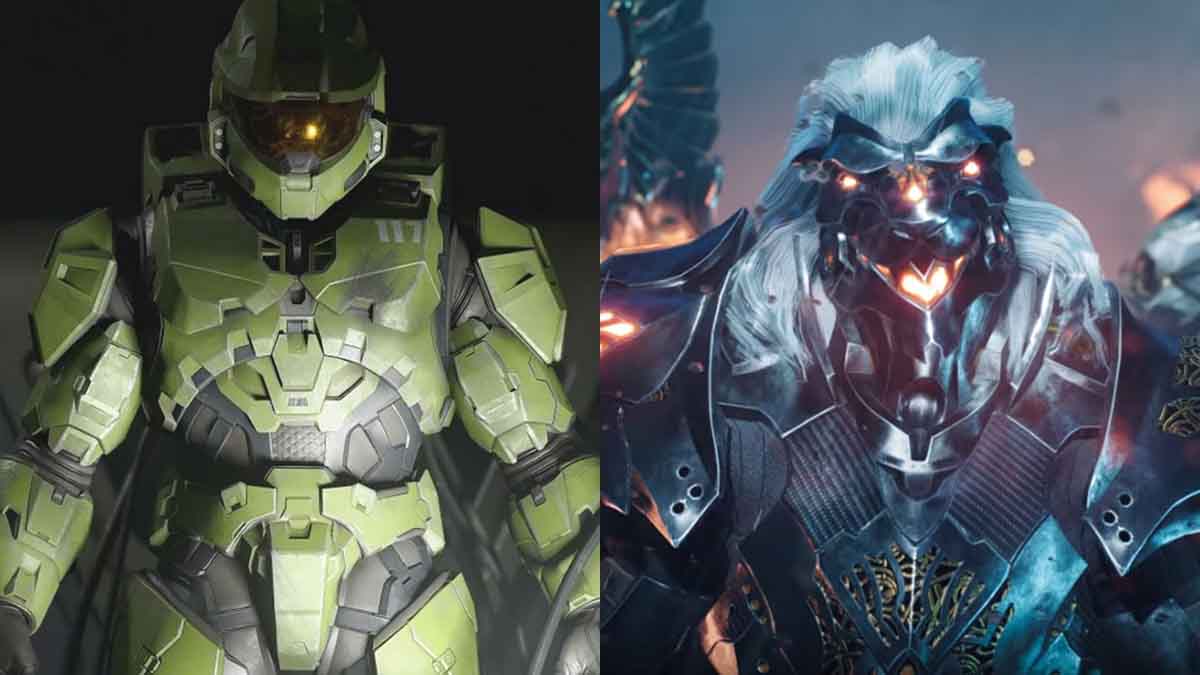 RAM can also greatly affect a console’s speed, but since both consoles seem to sport nearly identical RAM components (16GB GDDR6 RAM) that only feature some minor technical differences, it doesn’t seem that either console has a significant advantage in that department.

Which Has Better Storage?

As we noted in the above section, the Xbox Series X features a larger SSD than the PS5s (1 TB compared to 825GB). As such, that should be the end of this particular part of the breakdown. However, each console’s unique expandable storage features add a “not so fast, my friend” element to this conversation.

For the PS5, Sony offers an NVMe SSD slot and USB HDD support. In other words, you should be able to use any compatible USB HDD to add more raw storage space to your PS5, but that storage space obviously won’t benefit from SSD speeds. For that benefit, you’ll need to use a compatible NVMe SSD expansion.

Compatible is the tricky word in this instance. Because of the PS5’s unique SSD architecture, we’ll need to wait and see which third-party SSDs are, in fact, compatible with the PS5’s expanded storage. While there should eventually be a few options available, the situation may not be so simple as just buying an NVMe SSD and calling it a day.

That approach offers a bit more of a give and take. On the one hand, you know exactly what you need to buy if you want to expand your Xbox Series X storage with an SSD. On the other hand, you only have one option and are subject to whatever it may cost and whatever its availability may be.

While it’s possible that Sony is taking the better route here, that really depends on which external SSDs are actually compatible with the PS5 and how much they cost. It could turn out that people prefer a simple expandable SSD solution.

Which Offers the Better Technical Features?

It’s not all about stats when you’re comparing the power of next-gen consoles. Here is a look at some of the marquee special features that the PS5 and Xbox Series X boast which may affect their overall performance:

Again, this is not a breakdown of every special feature that separates the PS5 and Xbox Series X. It’s just a look at a few of the currently confirmed features which may impact their performance.

For the most part, we see a lot of similarities and “give and take” features. The PS5 lets you selectively download and access games, while the Xbox Series X allows for multiple titles to be suspended through downloads and game swaps. Both consoles will support ray tracing, and both will support some kind of advanced audio.

Backward compatibility is the biggest early difference. Simply put, the Xbox Series X supports more titles than the PS5 in that department. You could argue that the quality of the PS4’s exclusives is a factor in this discussion, but again, we’re talking about the raw numbers in relation to performance, and Xbox Series X will offer enhanced performance for more compatible titles.

Cloud gaming is another fascinating feature. Microsoft has revealed the basics of its cloud gaming program, Project xCloud, while Sony hasn’t shared much on that subject beyond its vague intention to offer some kind of cloud gaming service at some point. Of course, the PS5 will also continue to support VR technology whereas the Xbox Series X (at least as far as we currently know) will not.

The aforementioned PS5 “Boost” feature is also something of a question mark as its value is almost entirely based on how it is utilized and refined over time. The same goes for the potential of its SSD technology and the features that its enhanced power offers.

Overall, we’d say that the Xbox Series X appears to offer more features across the board than the PS5. However, in terms of features that will offer a noticeable performance advantage for either console, we’re not ready to declare a winner just yet.

So which console is more powerful?

We’re going to say it one more time for the people in the back. Our conclusions are based on what we currently know and do not take into account important unknowns such as power supplies, cooling systems, developer output, console prices, accessory prices, and other factors.

Feet to the fire, though, we feel reasonably confident declaring that the Xbox Series X appears to be more powerful overall at this early stage.

It comes down to what we know vs. what we don’t know. The PS5’s most obvious advantage from a technical standpoint is its SSD. While we fully believe that SSDs will be one of the biggest game-changers of the next generation, the potential of the PS5’s SSDs beyond slightly improved loading times is based on how long it takes for developers to take advantage of the component in a way that significantly outshines the Xbox Series X.

The same is true regarding much of the PS5’s architecture. While it’s certainly possible that it’s really not that far removed from the Xbox Series X in terms of overall power (and that it might be more powerful overall), it’s hard to deny that the PS5 will be slightly more complicated to develop for as it will require developers to take into account certain unique factors which they won’t need to cater to when developing for the Xbox Series X. Its power is dependent on too many variables at this stage.

On the other hand, the Xbox Series X is straight-up powerful. Even its SSD (which is definitely slower than the PS5’s) is still incredibly fast and will result in a significant performance boost over what you’re currently used to with current-gen consoles. It feels like it should be easy to develop for, and Microsoft has confirmed a series of promising features that are not only consumer-friendly but could positively impact the console’s overall performance.

At the end of the day, we don’t anticipate a situation where one console is ultimately noticeably more powerful than the other unless developers find ways to really take advantage of the PS5’s SSD capabilities. The situation will likely be similar to the PS4/Xbox One generation where the technical differences between both consoles were relatively minor from a raw output standpoint.

The Last of Us: Can Ellie Infect Others?
The Last of Us, Happy Valley: Our Best TV Show Recommendations January 2023
Dave Bautista Has Talked to James Gunn About Future DC Movie Plans
Knock At The Cabin Review: Who’s there?
“I will visit it, if Zorro is my age now.” Antonio Banderas on reprising his iconic roles