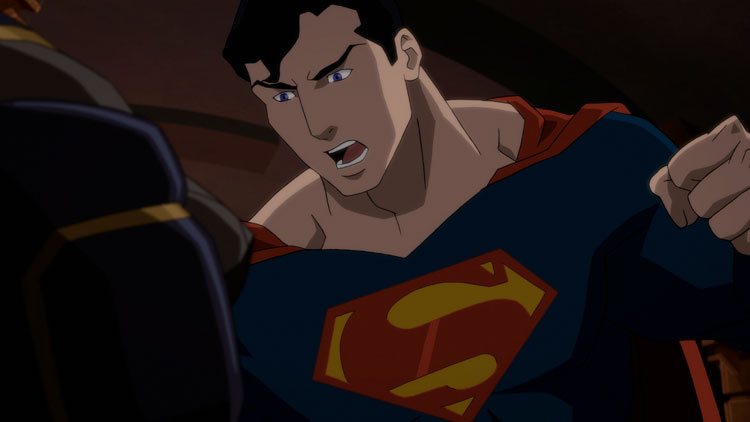 Justice League Dark: Apokolips War, the latest animated movie from DC, opens on a typical note – Superman, all suited and booted in his blue and red costume, giving a harrowing speech to the Justice League about good conquering evil. His speech riles up his troops as they go to battle with the evil New God, Darkseid. It may seem like an impossible challenge but they’re heroes and they always save the day.

Except this time, they don’t. After a crushing defeat, Darkseid sets about scavaging Earth for its natural resources and those from the Justice League that haven’t been killed or enslaved by Darkseid are sent down to Earth to wallow in their defeat and die along with the planet. This includes Superman who’s been injected with Kryptonite and has thus been rendered powerless. Yeah… DC certainly wasn’t kidding around when they put the word ‘dark’ in Justice League Dark. “We sort of warned everybody,” laughs actor Jerry O’Connell who plays the role of Superman. “It’s in the title, Justice League Dark. It’s not light! You’re certainly going to see a darker side to these superheroes. 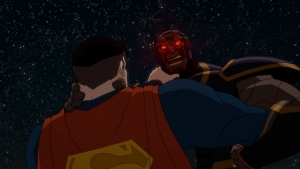 Indeed, with images of a destroyed London and humanity all but destroyed, Justice League Dark: Apokolips War certainly portrays a side to the DC Universe we’re not used to seeing. “You know it’s so amazing what the whole team at WB animation [are doing],” O’Connell continues.  “What the whole Justice League team does, how they keep giving us all new stuff to play with, brand new stuff that’s never been done. And at the same time, keeping it (this is a popular term to use these days) keeping it all within the canon. And it’s so much fun as an actor, the stuff they give me.

“Warner Bros animation surprises me every single time I come in and read the script I come in to perform. It’s great.”

Speaking of surprises, we certainly see a different side to the Man Of Steel in Justice League Dark: Apokolips War. A character who has always been strong and unshakable is neither of those in this movie. He has been defeated and is physically powerless. It’s a testament to the character and to DC that we’re still seeing what Superman has to offer. “This is a character that has been around since 1938 and they still are figuring ways, especially WB animation, to reinvent this guy,” says O’Connell. “It’s really creative what they have done.”

We can’t help but wonder how O’Connell gets into character for such a different take on an iconic role… “What’s funny is I do what everyone – not only actors, but everyone in the world should never do – which is I read pretty much every comment on social media, on Reddit, all of those platforms,” O’Connell laughs.  “I do take a lot of my notes from the WB animated fan base.”

Yep, plenty of us DC fans are loyal and like to say what we think! “It’s a pretty vocal fan base,” O’Connell agrees. “You have to come face-to-face with the fan base every Comic Con (except for this one that was cancelled). So, I almost feel like an elected official. I have to do a good job or else they’re going to throw tomatoes at me at SDCC [laughs]. There is a pressure, but at the same time, it’s such a fun family to be a part of. And when I say family, I don’t just mean all the people that work on the WB animation team, I mean the whole fanbase too. I mean we are all in this. It’s unlike any other project I work on where you do it, it comes out and that’s it, you let go of it.” 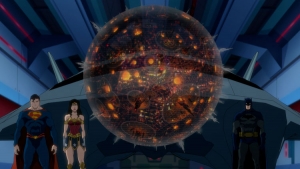 Though O’Connell (and we’re sure plenty of other actors!) feel the pressure when taking on the iconic role of Superman, this is a role O’Connell clearly relishes. His passion for the role and of the DC Universe in general is clear when we speak to him about the character. “This affects my everyday life,” he tells us. “People I see talk about me voicing Superman, it’s really fun and exciting [but] I feel really safe around our team. Our directors, our writers, our producers, would never let me half-ass something. They really push me. It’s also the really fun thing about working on these WB animated projects.”

Justice League Dark: Apokolips War is the concluding part to 2017’s Justice League Dark and part of DC’s stellar animated universe. This Dark series, in particular, has taken our favourite DC characters very much out of their comfort zone and placing them in unique (and sometimes extremely dire) situations – allowing fans to see a completely different side to a universe we all thought we knew. “There is there nothing light or easy-going about them,” says O’Connell on the WB animation Dark series. “It’s some of the most intense storytelling in superhero fandom these days, if not the most intense.”

With intriguing storytelling and a top class of actors who are clearly loving voicing the characters in the new spin, these latest animated additions to the DC Universe are more than giving their real-life counterparts a serious run for their money.

“I now compare every superhero film, even live-action films, I see,” O’Connell agrees. “I’m confident in saying that some of the best stuff that’s happening in the superhero-verse is happening in WB animation these days. I think this film is our pièce de résistance.”

Well you can’t say fairer than that! In fact, read our review of Justice League Dark: Apokolips War here to see if we agree…

The Ark’s Sci-Fi Tropes Are ‘There For a Reason’
The Portable Door: Sam Neill and Christoph Waltz star in new fantasy
Scream VI directors: “We had some apprehension.”
Pizza Tower Is the Best New Wario Land Game We’ll Probably Ever Get
The Night Court Revival Isn’t The First Time It Returned to NBC