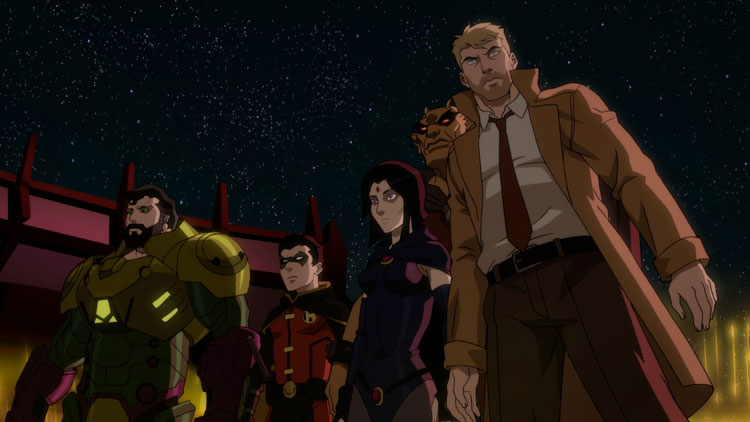 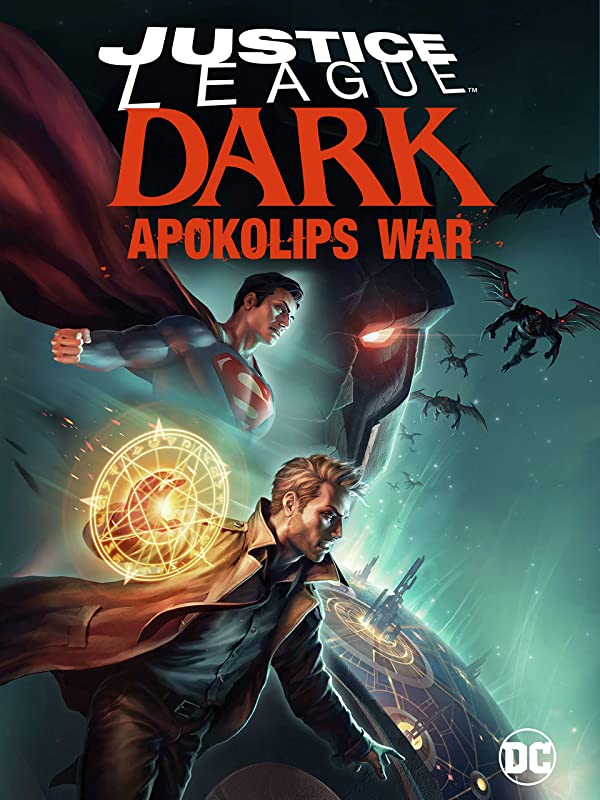 Justice League: Apokolips War starts with a catastrophic defeat when the evil Darkseid decimates the universe’s superheroes – those that aren’t killed are either enslaved or sent back to a barren Earth to wallow in their defeat. This includes a weakened Superman (now rendered powerless due to being pumped full of Kryptonite – DC wasn’t kidding when it included the word ‘dark’!) who is desperately trying to band together one last task force to stage one last battle. Unfortunately, hero pickings are sparse. That’s why he’s forced to sign up a more-drunk-than-usual Constantine (Matt Ryan); what’s left of a broken-up Teen Titans; and even the Harley Quinn-led Suicide Squad. Does this damaged group have what it takes to defeat a villainous new god?

Apokolips War is a sequel to 2017’s Justice League Dark and there definitely are no holds barred in this concluding chapter. ‘Dark’ is certainly a keyword here. Our favourite heroes are all but unrecognisable or dead or enslaved or defeated. This makes for a fascinating insight into characters we all thought we knew and answers questions we’d never thought we’d ask. What would Superman be like if he was powerless? Would Raven have it in her to help lead a resistance against an all-powerful dark lord? Or, more importantly, what would Etrigan sound like if he didn’t rhyme?!

With an intriguing story and a profound voice cast (seriously, go and check out that cast list, there are far too many great names to mention here), Apokolips War effectively lures in audiences into its somber world. Then it reveals a small spark of light that you can’t help but follow throughout, throwing in a few laughs (Constantine and Etrigan are fantastic together) and even a love story or two amongst the desolation to create a compelling conclusion. It’s not perfect but it’s a captivating, emotive watch from a series of movies that are quickly becoming superior to their live-action counterparts.

Happy Valley Series 4 Won’t Happen, and That’s Perfect
Hogwarts Legacy: Early Access Start Time and How to Join
Hogwarts Legacy Review Roundup: Is This the Dream Harry Potter Game?
The Last of Us: Who Is Kathleen In the Games?
Why Dragon Quest Has Always Been So Much More Popular In Japan