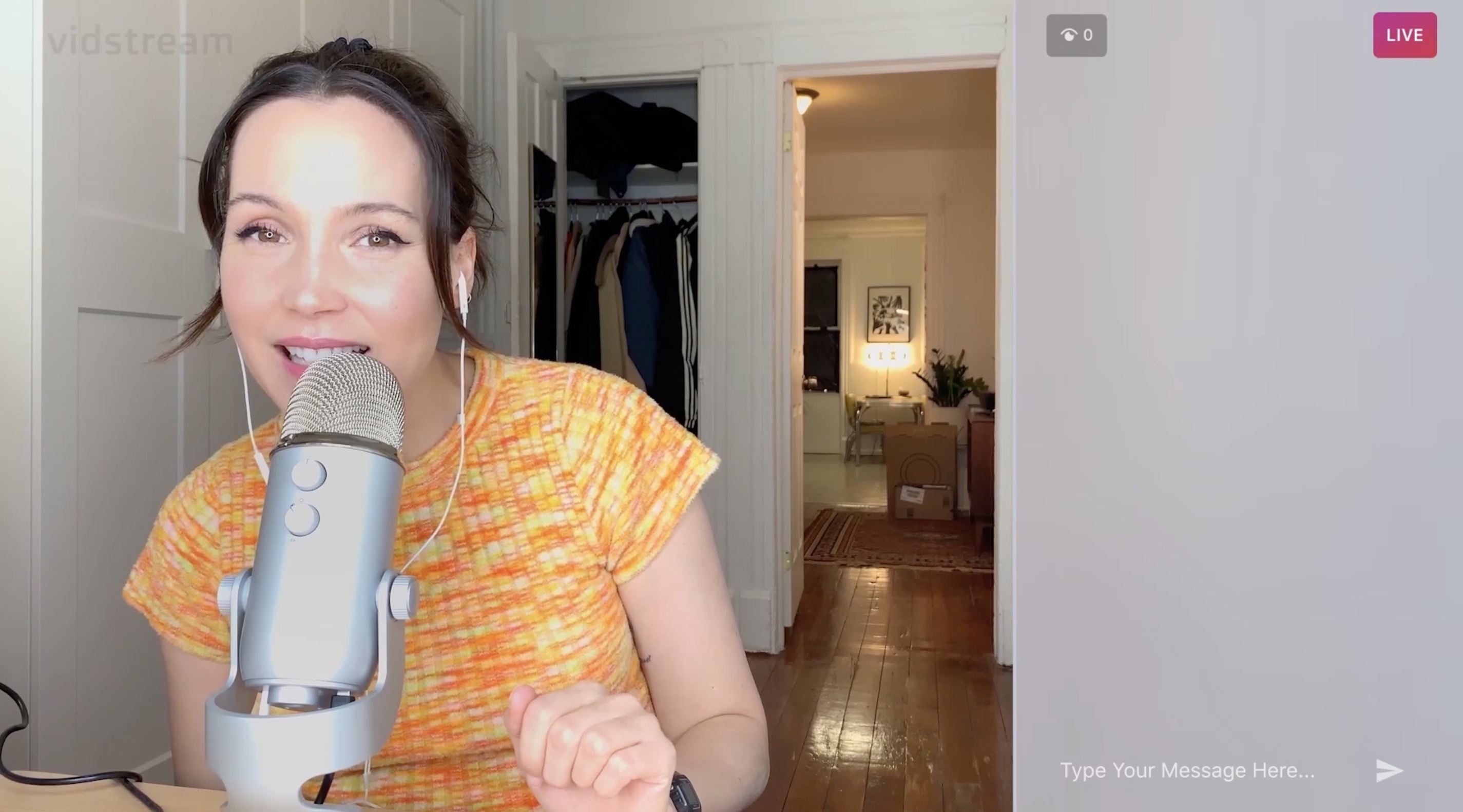 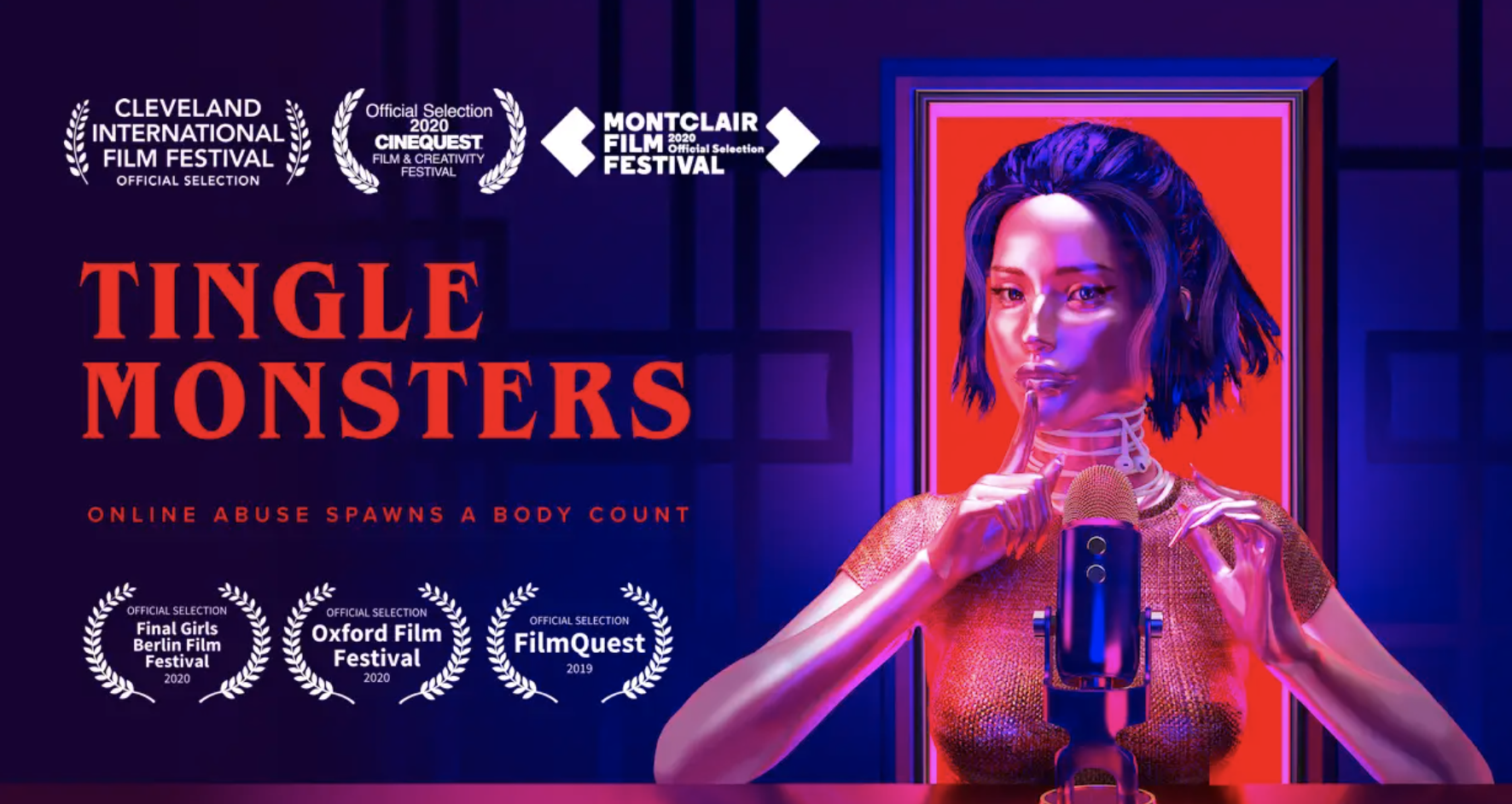 Tingle Monsters is being touted as the first ASMR horror… though that may not be necessarily true, with any Giallo film or indeed Peter Strickland’s meta-giallo, Berberian Sound Studio also fitting the bill.

This short – written, directed by and starring webby nominated filmmaker Alexandra Serio – logs a terrifying connection between online harassment and violence against women, and does so with razor-sharp precision.

Playing out like a YouTube livestream complete with an interesting rolling comments section, ASMR vlogger Dee Tingle appears on screen to apologise to her viewers for lack of posting recently. She’s moved house due to her ex-partner’s controlling demand for her to stop vlogging. When the typical trolls appear with sexist nonsense, Dee signs out of the chat, with a vital line of communication being cut off.

Numerous women including, famously, actress Kelly Marie Tran and comedian Leslie Jones, have been bullied off of social media. In Tingle Monsters, Serio deals with this very current real-world problem with smarts and simply effective execution in a tensely-wound scenario.

Tingle Monsters will be released on 20 May.

The Ark’s Sci-Fi Tropes Are ‘There For a Reason’
Crossroads’ Most Bonkers Storylines
Why One of Star Trek: The Next Generation’s Worst Episodes Is Still Worth Watching
Hogwarts Legacy: How Long Is the Game?
Hogwarts Legacy: Every Spell In the Game