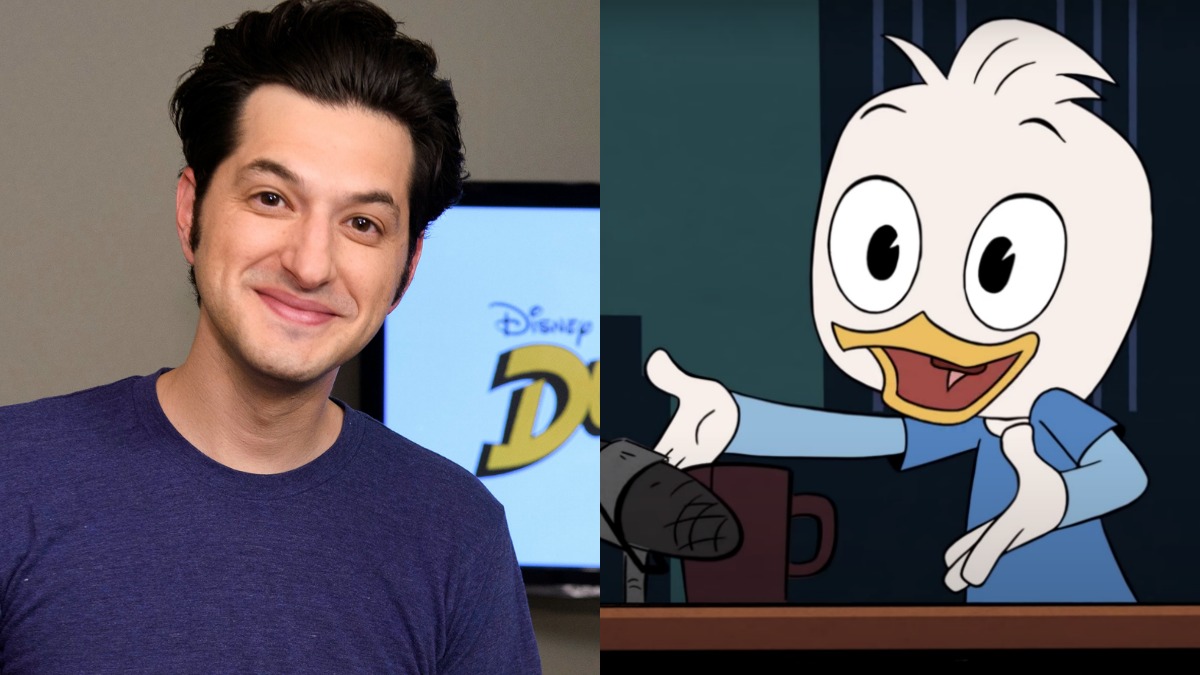 “There’s a moment there’s all these little ducklings that are walking by and James Marsden is like, “Donald, Daisy, da, da…” I was like, ‘Oh, Jeff, I wonder if Dewey could be there. Just one quick Dewey for me.’ And he’s like, ‘Oh, I didn’t think about it, that would be great.’”

Grab a FREE TRIAL of Disney+, on us, right here!

Schwartz even extended our call to specifically talk about DuckTales and we got to ask him a few questions about the season three and the process of working with the writers he loves so much.

What are you most excited for in this season of DuckTales? What with Dewey are we going to get to see?

There is an episode, and just because I just got ADR for it a little bit ago, sometimes they let me sing songs, which is, I’m not a professional singer, I can’t really, really sing, but I can fake it a little bit. I get a full song in one of the episodes and it’s awesome and it’s a really cool type of song. And the episode itself is so cool that it just makes me really happy and within the episode it works really well and they use it so well. I just saw when I did ADR, so I’m really excited for that. That’s the first one that comes to mind just because I had just done ADR for it before a couple of months ago. The funny thing is we record these a year ago and you kind of forget what it is and then it comes out a year and a half later so I’m just as excited as everybody else’s as they start to roll out.

So you talked a lot about the writers and obviously you have a special relationship with the writers as an actor on the show. What’s the sort of symbiotic relationship you have with them? Or is it just you following exactly what they’re saying or do you try to give input into the character? What’s that relationship like?

Hogwarts Legacy PC Requirements: Can You Run the Game?
“I will visit it, if Zorro is my age now.” Antonio Banderas on reprising his iconic roles
Why Dragon Quest Has Always Been So Much More Popular In Japan
Pizza Tower Is the Best New Wario Land Game We’ll Probably Ever Get
The Last of Us: Episode 3’s Final Scene Is More Important Than You Think