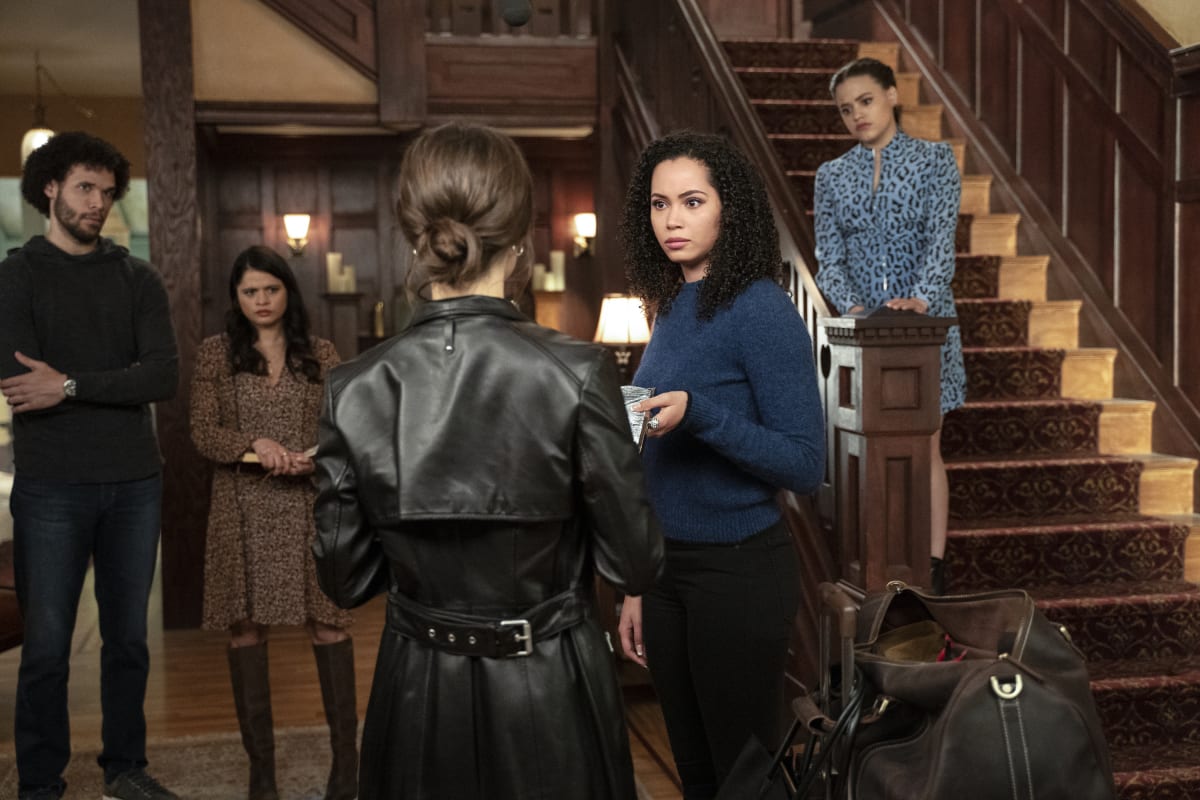 Julian’s disdain for magic, while falling in love with a magical person, should make for compelling drama. The problem is, his relationship with Macy doesn’t feel solid enough to hinge an emotional arc on. Their romantic connection feels mostly one-sided, even before she commits to ending it. Their feelings for one another are supposed to complicate things, but Macy is so thoroughly going through the motions, it’d be hard to convince me there’s genuine hurt there. I don’t know if that was an intentional choice by the writers, or improper direction, but the connection between those characters isn’t strong.

Had Julian been introduced earlier in the season, and/or been given more time on-screen with Macy, he would feel more integral to her, and his reveal would be more impactful. Instead he was a latecomer, and almost all of the time we have spent with him focused on Macy’s lack of deeper feelings for him. To be fair, Macy doesn’t have to love him for him to love her. But any conflict on her part that isn’t just guilt about not reciprocating Julian’s feelings would feel fake. Her feelings ain’t that deep.

Speaking of fake… Abigael is demon public enemy number one, or four, depending on if they want to kill her or the Charmed Ones more. With nowhere else to go, she tags along with the sisters, and has something akin to a heart-to-heart with Mel, where she also reveals some of her tragic backstory. The dialogue does so much to try to convince us that Abbie is bad, but her behavior never quite supports that point. She’s a very helpful antagonist, and I still don’t know what she’s actually doing here, but I like her a lot more when she’s not trying so hard.

Trying hard isn’t a bad look on everybody, though. Jordan is doing everything he can to help the Charmed Ones, and break his ancestral curse. He’s also throwing heart eyes at Maggie, who reciprocates, and this is the ship I sail with. I can’t really find fault in him, he’s just a generally enjoyable character, and has the kind of “appropriately worried but not too pressed” energy I’d like to see more of on this show. I do hope he gets to do more than be clutch though, because relegating him to just that is boring, and does the character and the story a disservice.

The Charmed Ones eventually find and rescue Harry, but the Faction still obtains a huge amount of magical energy from their efforts, which is ominous. What they plan to do with that is anyone’s guess, but it is absolutely not good for anybody, magical or mortal. After Harry recovers, Macy finally tells him how she feels. After her thorough, and heartfelt speech, which is the most honest and vulnerable she’s probably allowed herself to be in a while, Harry responds by asking her who she is. He’s lost his memory. She finally confesses her innermost feelings and Harry can’t come to the phone right now. You hate to see it.

This episode reveals a lot about the Faction, and their leadership, and sets up major conflict to come. My interest in the story waned a third of the way through the season, but the last few episodes have brought me back in. I am looking forward to what’s coming next, and if the rest of the episodes maintain this momentum, this might be a solid season after all.

The Last of Us Episode 5 Release Time: HBO Schedule Change Explained
Hogwarts Legacy: How to Unlock and Claim Twitch Drop Rewards
The Legend of Zelda Tears of the Kingdom: Where to Pre-Order the Standard and Collector’s Editions
What Better Call Saul Got Right
“I will visit it, if Zorro is my age now.” Antonio Banderas on reprising his iconic roles