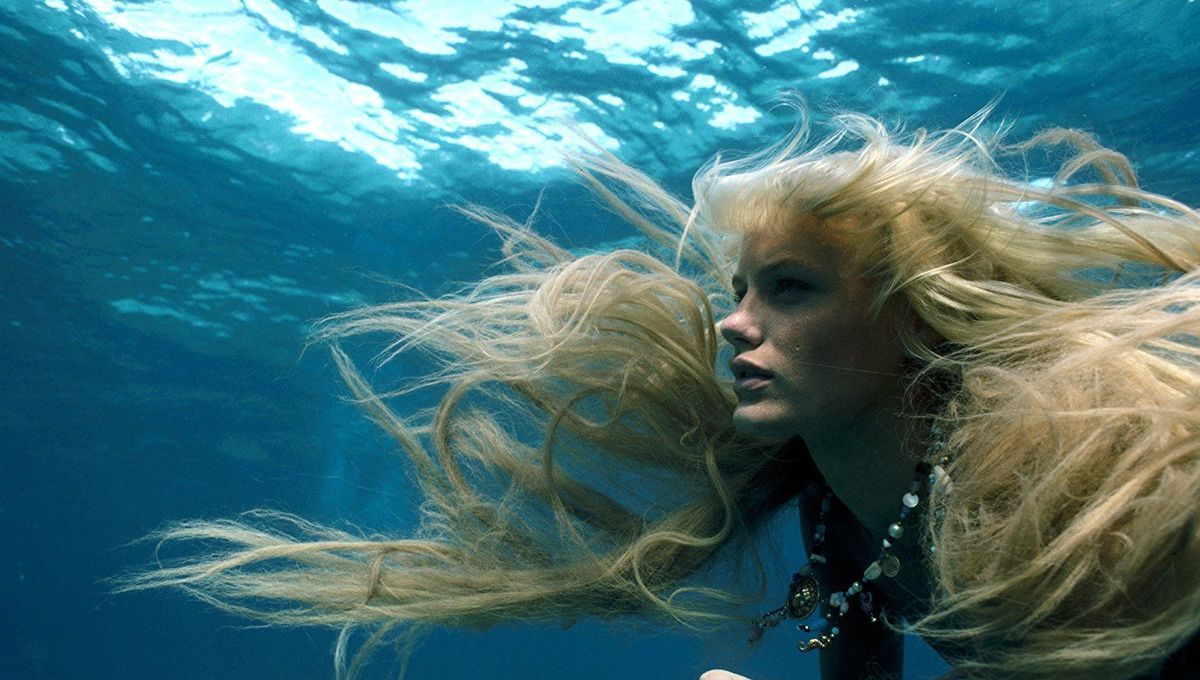 There’s a moment in the classic Red Dwarf episode ‘Better Than Life’ where the plot finds the boys from the Dwarf living out their ultimate fantasies in a prophetic and immersive video game. For The Cat, who longs to romance the ladies and doesn’t get really much of a chance to do so in deep space, it’s a golden opportunity. As the lads catch up with him, he tells them he’s having a great time. “I’m dating Marilyn Monroe and also I have another girlfriend who’s a mermaid. She’s half woman, half fish,” he explains.

We then get a chance to see the girlfriend in question as she ascends from the water’s edge. Miranda, she’s called, and she’s not quite what you’d expect a mermaid to look like. “Somehow I’d imagined she’d be a woman on top and a fish on the bottom,” says Holly, to which The Cat replies “No, that’s the stupid way round!”

We can only imagine this was the kind of blue sky thinking that bods behind the scenes at Disney+ were running with when they decided that our blushing eyes just could not handle the brief sight of Daryl Hannah’s arse in Ron Howard’s 1984 fantasy romance film, Splash, and replaced it with a giant patch of fur. Yes, they’ve covered it up, ladies, gents and others, and how.

The scene in question plays out between Tom Hanks‘s love-struck fruit-and-veg man Allen Bauer when he’s reunited with mermaid Madison, played by Hannah. After some brief conversation between the pair, the starkers Madison gives Allen a sweet peck on the lips before running into the sea. It used to be pretty cute.

What Happens When Quantum Leap Meets a Time Loop?
The Last of Us Episode 3 Review: The HBO Series Isn’t Just Copying the Video Game
“I will visit it, if Zorro is my age now.” Antonio Banderas on reprising his iconic roles
The Portable Door: Sam Neill and Christoph Waltz star in new fantasy
New Batman and Robin Movie, Green Lantern TV Show, and More Announced for Revamped DCU