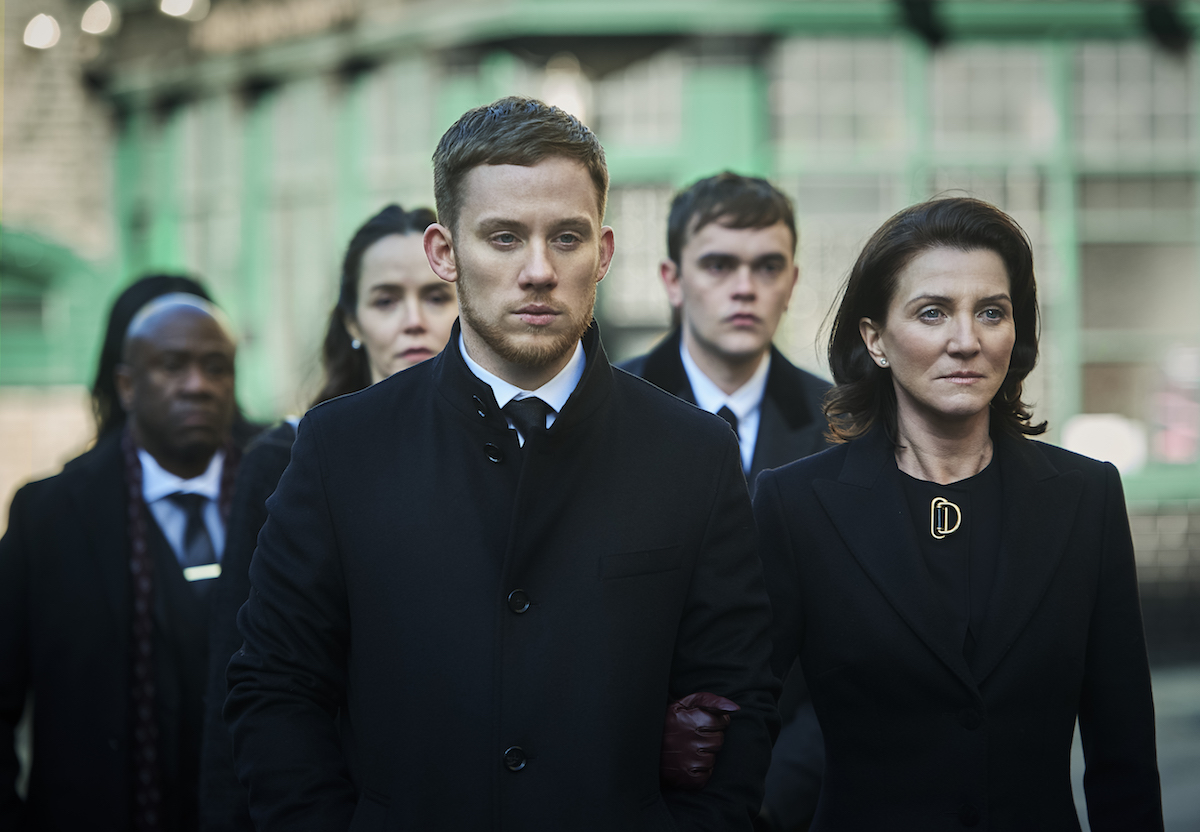 Evans agrees, saying it’s, “a story of a family and about relationships. It couldn’t be just gangsters doing gangster shit all the way through.”

For Lucian Msamati that means more than just the people you’re related to by blood. Ed and Finn are self-made men, one black, one Irish, who dragged themselves up together in a London that was very different from the modern multicultural city we see today.

“As Ed says when he’s delivering his friend’s eulogy, they met as kids on the streets of London, the bastard children of the British Empire who arrived with nothing, doors closed to them and they had to survive,” Msamati explains. “They joined forces and they have literally built an empire. They built it brick by brick, body by body, tower by tower. Ed has seen this grow from the ground up. He’s holding it in place. It is as much his as it is Finn’s, and they are family truly.”

It is indeed going to be violent

Episode one opens with an incredibly violent set piece, is packed with several more, and this violence shows no sign of letting up throughout the series. Evans, whose films regularly showcase the Indonesian martial art of pencak silat, has brought some of the same stylised fighting to Gangs Of London in extended sequences that are almost balletic. Violence explodes throughout the first episode of the show but there are two very distinct standout scenes – one which takes place in a pub, and another which takes place in an abandoned building, between the agile and skilled Elliot and a much bigger man in his underpants armed with a hatchet, named Lenn (Lee Charles).