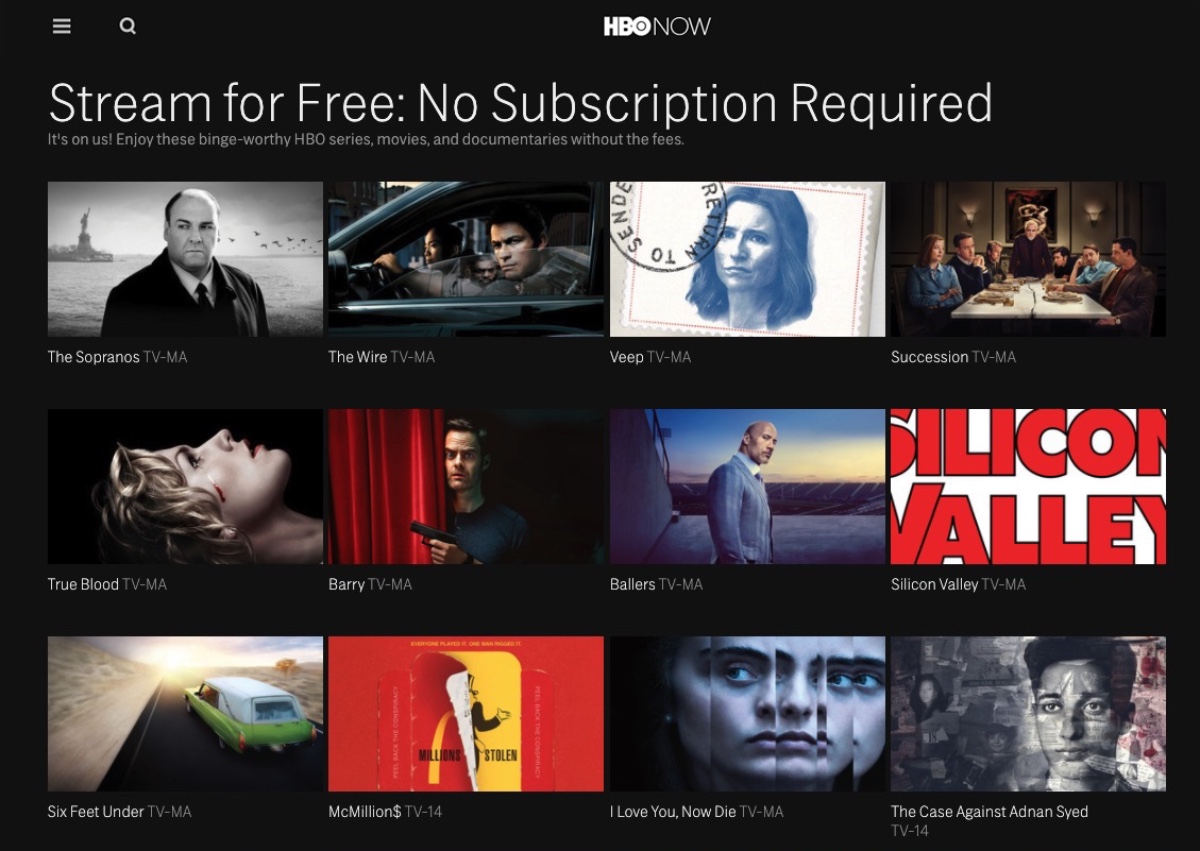 During the coronavirus pandemic, everyone has to do their duty by staying inside and watching a ludicrous amount of television and movies. Now HBO has provided the quarantined with an important tool in this mission.

Today HBO announced that it is making nearly 500 hours of original programming and some WarnerMedia-branded movies available for free to all for a limited time. Subscriptions to HBO via cable with HBO Go or via streaming with HBO Now usually cost $15 per month. But starting Friday, April 3, anyone with Internet access will be able to access nine original HBO series and a multitude of other free content via either platform. Just visit HBONow.com, HBOGo.com, or download either’s respective app to begin watching. HBO hasn’t revealed how long constitutes a “limited time” so get those bingeing muscles ready.

It’s hard to go wrong with any of those options but we would recommend starting with The Sopranos or The Wire if you haven’t seen them yet. Both are undoubtedly among the best TV drama series of all time and this is likely the best and most unprecedented opportunity many people will have to catch up on their lengthy runs. Though if a half-hour comedy is more to your liking (understandable given current circumstances), check out Veep or Silicon Valley. Barry and Succession are the only two current HBO shows on the list so be forewarned that you’ll likely have to get an HBO subscription to watch further seasons if you get hooked…and you will.

Snowpiercer, Infinity Train and Other Erased Streaming Series You Can No Longer Watch
The Legend of Zelda Tears of the Kingdom: Where to Pre-Order the Standard and Collector’s Editions
Hogwarts Legacy PC Performance Issues: How to Fix Frame Drops and Crashes
The Portable Door: Sam Neill and Christoph Waltz star in new fantasy
The Last of Us Episode 5 Release Time: HBO Schedule Change Explained