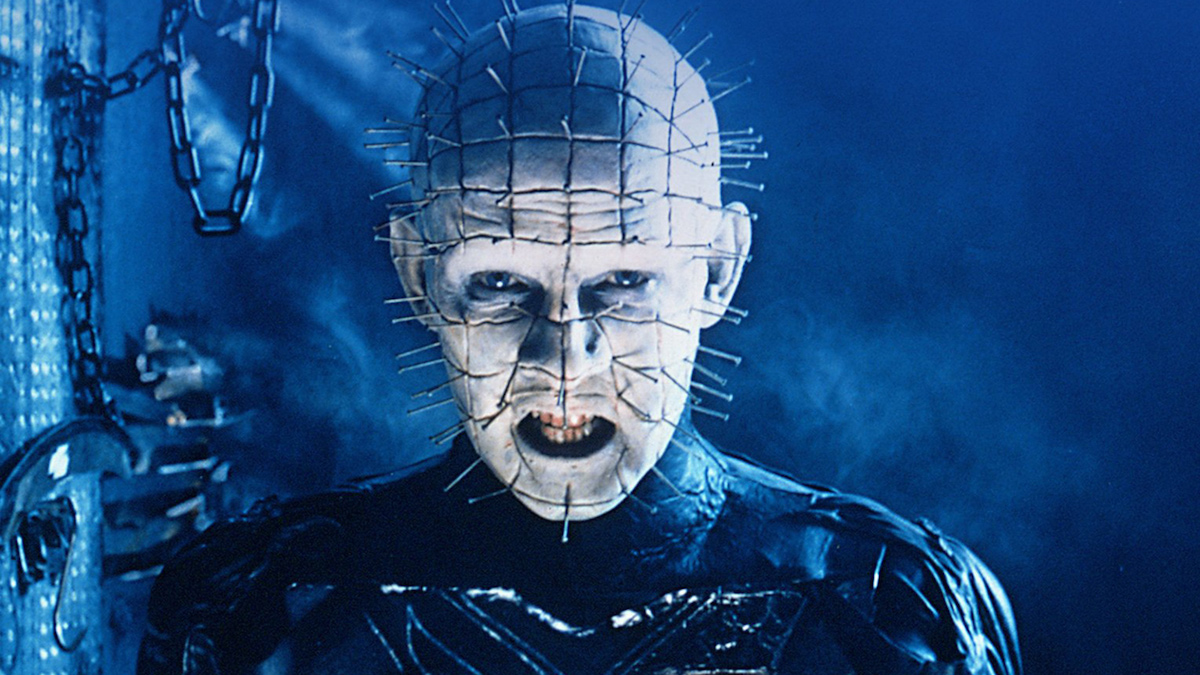 Personally, I wonder if the series, like Green’s own Halloween reboot, could discreetly ignore the often contradictory direct-to-video sequels and just focus on the main mythology established by author and filmmaker Clive Barker in the original ’87 horror classic and its earliest sequel, Hellbound: Hellraiser II (1988). Despite the hellish titles, those earlier films, the latter of which Barker has a story credit on, were more esoteric and otherworldly than the Judeo-Christian title suggests.

Focused on humans turned into Cenobites, a kinky kind of demon obsessed with BDSM torture, the original Hellraiser introduced the concept of a labyrinthine styled extradimensional plane that looks like an M.C. Escher lithograph. Entry into this realm was achieved by solving an ancient puzzle box called the Lament Configuration—not that we would recommend trying to do so unless you’re into that sort of thing. Obviously a rather perverse metaphor from Barker, the original film, which was based on his own novella The Hellbound Heart, is about the danger of knowledge, pleasure, or in the case of the Cenobites’ offer, a type of carnal knowledge, turning into self-destructive horror.

The new TV series is still focused on the Cenobites including Pinhead, the lead practitioner of eternal torment who, in a quite literally different life, was once a World War II pilot. He was played by actor Doug Bradley across the eight original films in the series, only the first four of which were released in theaters.