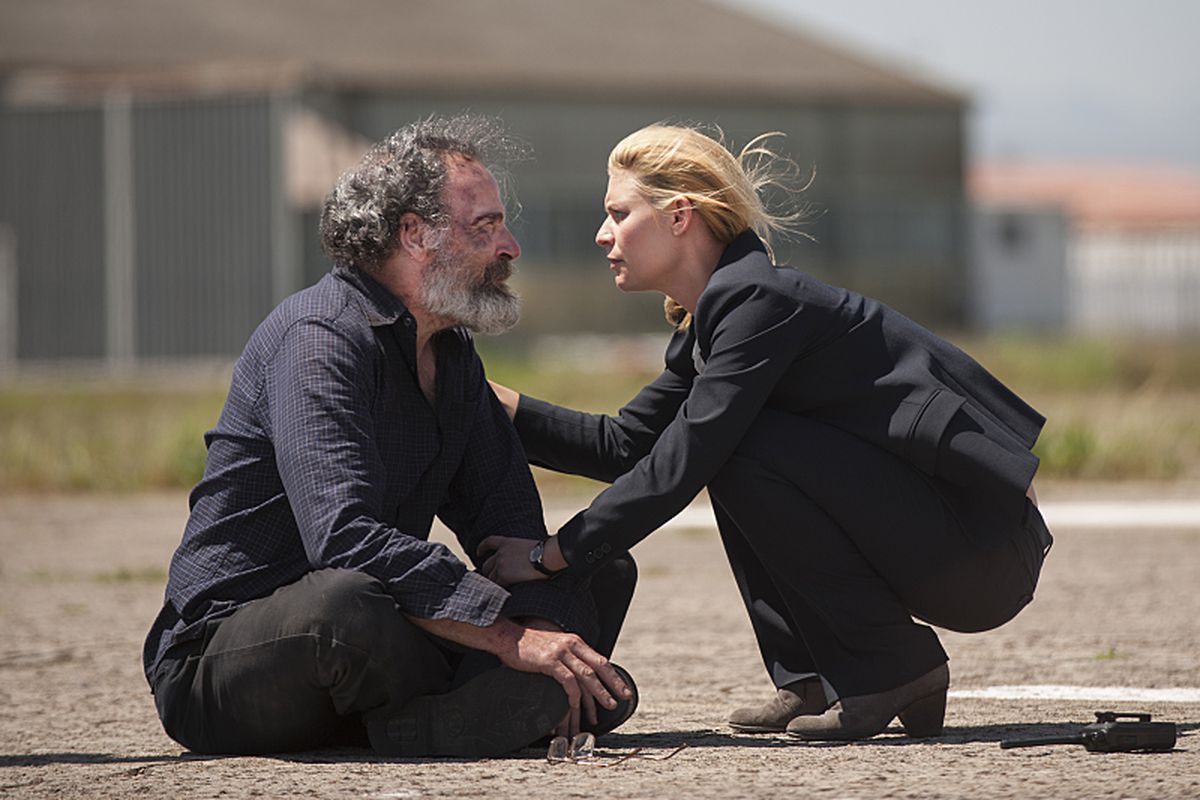 It was chilling at the time. That’s the best way to describe the opening credits of Homeland as originally presented in 2011. Premiering in the third year of Barack Obama’s presidency, and just five months after he announced to the nation that Osama bin Laden was dead, Homeland recontextualized that moment of mass American relief into being just the latest chapter in an ongoing saga—one where the cataclysmic Sept. 11, 2001 terrorist attacks masterminded by bin Laden’s al-Qaeda were not the beginning of a national moment, but simply the centerpiece of endless paranoia and dread.

Hearing the sounds of mournful jazz, viewers were introduced to Carrie Mathison as both a girl and a woman lost in a maze. This is literalized by flashes of nine-foot hedge greenery surrounding Claire Danes, and it’s also informed by another verbal soundtrack of failed “warnings” that the Reagan, Clinton, and Bush administrations ignored. All the while Carrie pledges, “I missed something once, I won’t, I can’t, let that happen again.” Mandy Patinkin’s Saul Berenson whispers back, “That was 10 years ago, everyone missed something that day.” They did, but Homeland was here to remind us that while bin Laden was dead, the menace of the post-9/11 world is here to stay.

So began one of the most important and defining television shows of the 2010s. While Homeland might have only dominated the water cooler zeitgeist during its first three years—a period when Obama himself apparently confessed that on Saturdays while his family was playing tennis, “What I’m really doing is watching Homeland DVDs”—it has outlasted its entire generation of Beltway television peers. It came up with House of Cards, Veep, and Scandal, but its longevity to outlast them can be best described as two-fold: First, it dared to extend beyond its central conflict of a bad romance between a spy and indecisive would-be terrorist (Damian Lewis’ tragic Nicholas Brody), and second, it never lost sight of its mission to remind us of the ambiguous grays Americans learned to accept as their new normal in the days, weeks, years, and decades following 9/11.

“What keeps you up at night?” Homeland executive producer Alex Gansa liked to ask Washington insiders every January before breaking a new season in the writers room. He would occasionally pose this question to actual CIA employees in Langley, for whom Homeland was a cathartic vindication on the greater mission, but he also posed it to folks who worked in the Obama White House, the State Department, and The Washington Post press room. Said Gansa, “Without Brody, we had to pick an idea to talk about over a season. That’s when ‘Spy Camp’ became really important.” Spy camp refers to anyone who would talk to Homeland writers, ranging from American generals to the exiled whistleblower Edward Snowden.

Unwelcome: Bringing the Gremlins into the modern era
GoldenEye 007: Xbox Game Pass and Switch Online Release Time
Will John Dutton Die?: Questions Yellowstone Season 5 Still Needs to Answer
The gods want their powers back in the second Shazam! Fury of the Gods trailer
Xbox and Bethesda Showcase: Start Time and How to Watch