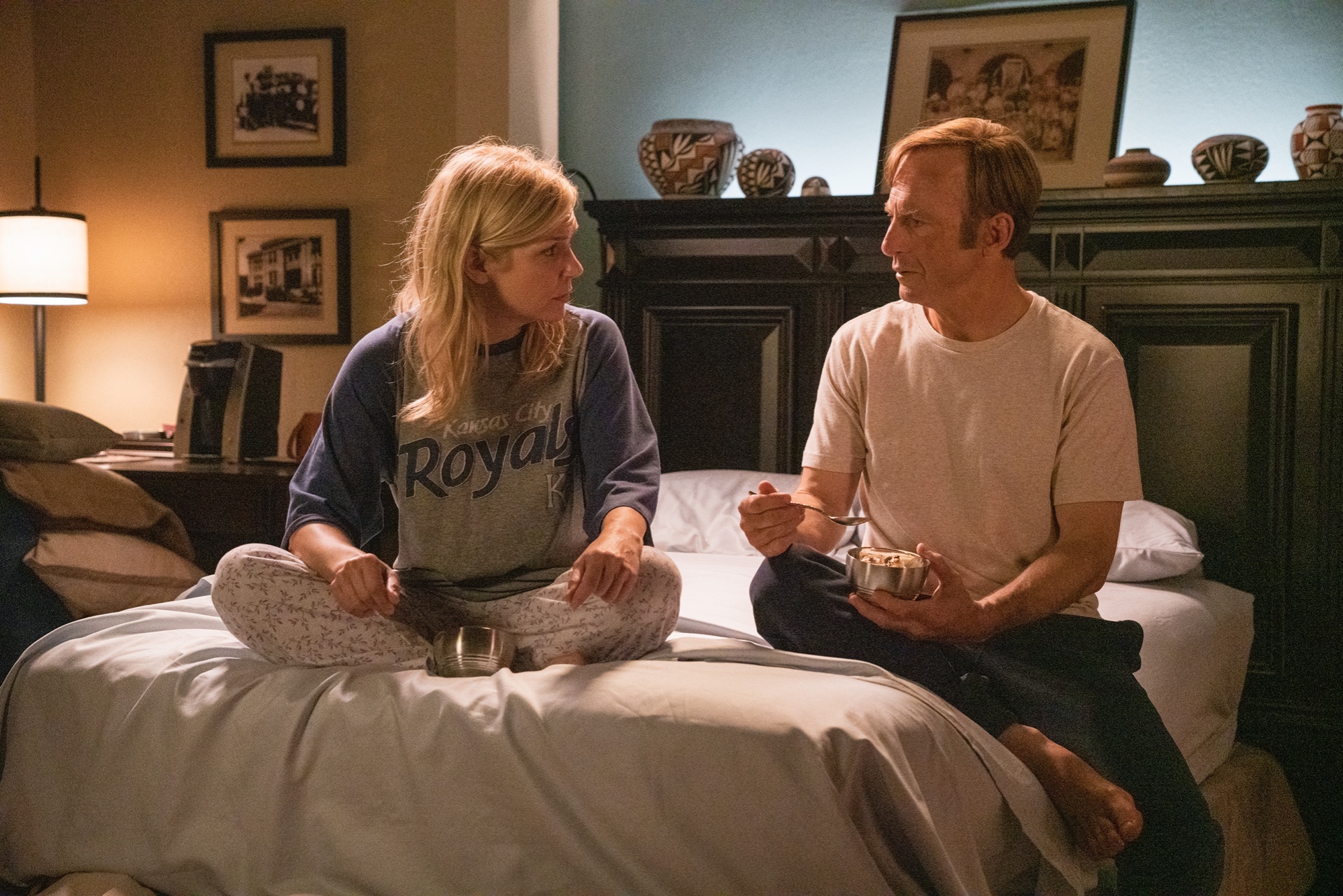 There’s a twisted appeal to the idea. Over the course of its five seasons to date Better Call Saul has gradually made Jimmy and Kim’s relationship the most important aspect of its story, creating deeper viewer investment by the year until arriving at a place where we almost want them to stay together despite knowing it would be terrible for Kim and couldn’t last anyway. Even if Kim is still present in Saul’s life circa the Heisenberg days, she’s demonstrably nowhere to be seen in the greyscale world of Gene Takovic. Besides which a flash forward last season to the late-Bad era, specifically the hours before Saul’s own flight from justice, didn’t convincingly depict a man torn up about the prospect of leaving the love of his life. Which at this point Kim undoubtedly is.

It’s strange to re-watch early episodes of the show knowing just how crucial Kim would become. She barely had a single line in the pilot and remained essentially a secondary character for the bulk of the first season. It wasn’t until the second year that she became really prominent and even then her relationship with Jimmy looked more like a fling between friends than the source of immense impending emotional turmoil.

The writers have been open about the ways in which Kim’s complexities and demons revealed themselves slowly over time. Unsurprisingly this mirrors the experience of the audience; we have spent five seasons slowly getting to know this wounded, clever, empathetic and morally flexible woman only to realize, in the final moments of the latest episode, that maybe we didn’t know her nearly as well as we thought. It’s a moment that seems jarring because it’s supposed to, because after five years how much do we really know about Kim and what drives her?

The reveal shocks Jimmy too. After all, occasional walks on the wild side notwithstanding, Kim has always been the one who pulls him back, who holds him to account without descending into Chuck-esque finger wagging. But if Kim is willing to go even further than him in order to get back at a man who, realistically, has caused her more pain than he ever caused the person who saw fit to throw bowling balls at his car, what is left to stop said person fully embracing Saul Goodman and becoming the consigliere to the future most dangerous man in Albuquerque?

It’s in the season five finale, arguably a quieter one for Jimmy and Kim than many might have expected after the previous week’s showdown with Lalo, that hints of the unexpected endgame of Better Call Saul start to become clear. Throughout its entire run Saul has excelled at swerving left when we expect it to swerve right, somehow making doing so always feel entirely logical and indeed, inevitable. As such the notion that Kim might be in part culpable for the last ethical plunge of Jimmy McGill is one of those classic Saul reversals writ large; a surprise in the moment, less so when you consider the pattern of the series and more specifically, this relationship.

ITV Nolly Review: Russell T Davies’ Heartfelt Tribute to ‘Difficult’ Women
Where to Find a PS5 and Xbox Series X In 2023
The Last of Us: How Long Does It Take to Beat the Games?
DC Movies and TV Shows: Full DCU Schedule
Hogwarts Legacy PC Requirements: Can You Run the Game?