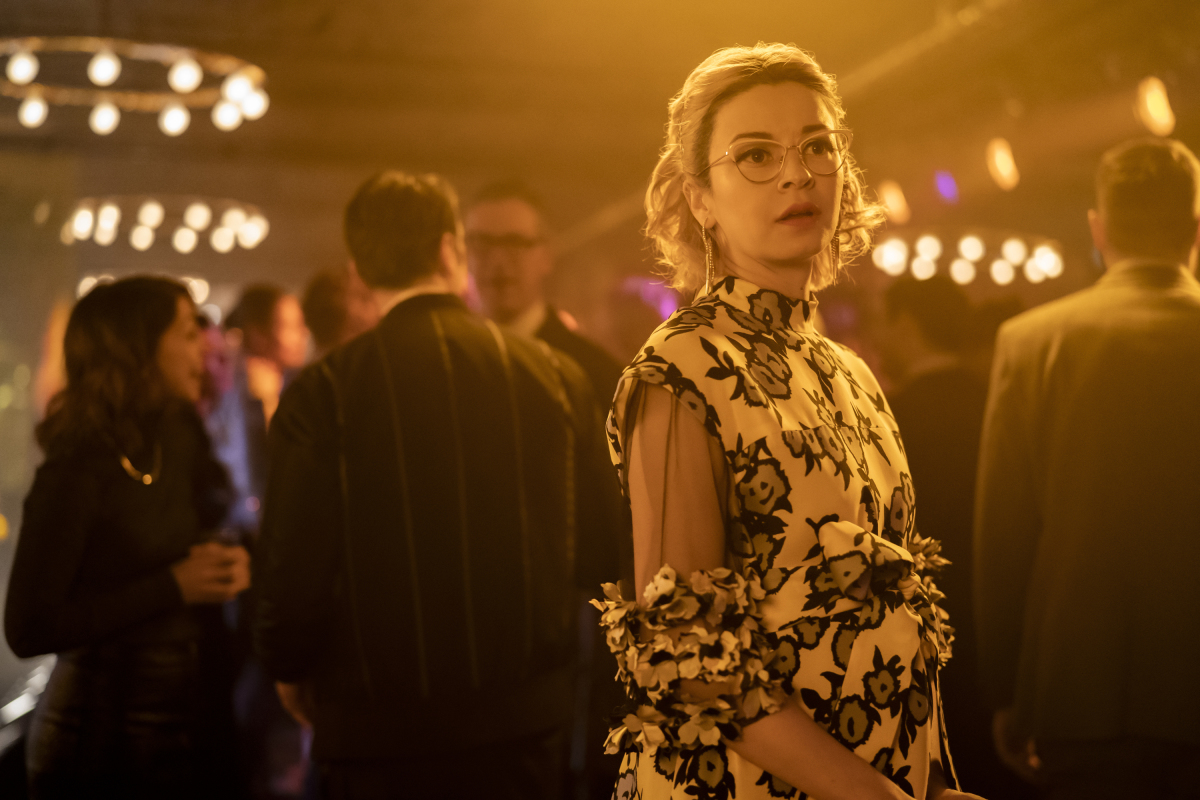 Unfortunately for Pep, many of those steamrolled footsies belonged to her friends, including Josie and Jorge, both of whom were directly impacted by her actions. And here, in this penultimate episode of the season, everything blows up in Pepper’s face.

And it is the most captivating this show has ever been. Writer Evelyn Yves wisely makes Pepper the main focus of this episode, weaving the other characters in and out as needed while her desperation mounts. Cooked books, her true parentage (and name), a $200,000 clutch stolen from Lacy’s, and Alex’s threatening to involve the police unless he gets the money Pepper owes him all play into the proceedings.

The only time that Pepper isn’t on screen it is to show how her backwards schemes have negatively impacted those who are supposed to be her best friends — Katy could potentially lose her job over the vanished purse, Jorge is forced to give laptops in the backroom of Molly’s Crisis in order to raise back rent so that his parents don’t lose their building.

With all of this going on, Josie, herself negatively impacted by Pepper’s actions, is the only one looking to truly her her side of the story. She confronts her, declaring “if you are in trouble just tell me.” But her pleas are ignored, as Pepper turns inward trying to just survive until the Plant opens so that she can show everything she has worked for.

Before this can happen though, there is an intervention at Katy’s apartment. Pepper protests and makes excuses. Worst of all she lashes out at Josie, her biggest defender. Before leaving she just asks they all attend the Pepper Plant opening so that her friends can see her creation.

Hogwarts Legacy PC Performance Issues: How to Fix Frame Drops and Crashes
Scream VI directors: “We had some apprehension.”
Happy Valley Series 4 Won’t Happen, and That’s Perfect
The Ark’s Sci-Fi Tropes Are ‘There For a Reason’
Which TV or Movie Cop Would You Want To Investigate Your Murder?