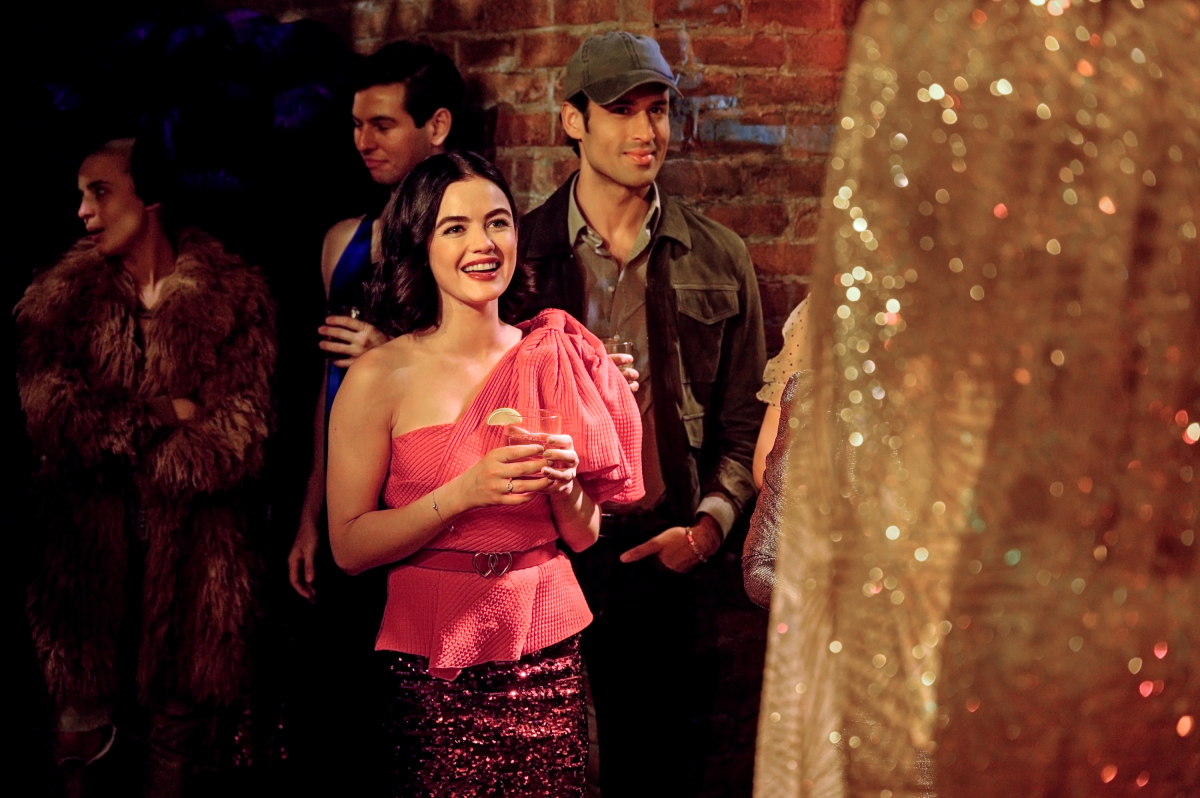 Turns out that Errol does have the hots for Katy, so much so that he shows up unexpectedly at her apartment. He goes to Jorge’s drag pageant incognito with her, and they wind up spending the night together. The next morning, K.O. arrives to pick up some of his belongings. Spoiler alert: He is still as dull as ever. He and Katy share what only can be referred to as the opposite of a Breakfast of Champions before Gloria summons her prize employee to Lacy’s with a work emergency. Patricia, acting strangely aggressive to Katy as if she knows what went down the night before, asks her to design her wedding dress.

It would appear that Errol is a royal cad. Did he ever even break up with Patricia? Or is their reconciliation extremely fresh? We’ll find out in the coming episodes! I for one was Team Kerrol, as he seemed like a genuine guy. Besides, his pep talk to Ginger helped save her evening (more on that in a second). With a show that is a fairytale like Katy Keene is, would it be too on the nose to have her literally become a princess? At least she and Errol have chemistry together, which can’t be said for her and Will or, ugh, K.O.

The second biggest storyline tonight involved Josie, who was juggling the arrival of her mother (Robin Givens, reprising her Riverdale role) with the release party for her EP and having to tell Alexander about the clause in her contract that says she must look after him. Well, the last of those worries was preempted by Alexandra, who tells Alex all about the contract. He subsequently gets into a drunken rage and confronts Josie about it…at her release party. Turns out that Alex is an addict, and he is working on himself. But as the episode ends his future with Josie remains uncertain, yet obviously far from over. (Josie, you can do better, come on). More clear is that Sierra once again supports Josie’s music, going so far to warn Mr. Cabot not to mess with her daughter’s future.

Sierra isn’t the only supportive parent in the spotlight tonight either. As Jorge prepares to battle against some vicious drag queens for Ginger’s coveted Thursday night spot at Molly’s Crisis, his mother enthusiastically helps prepare the performance. She even gives Ginger her Ms. Puerto Rico dress. These scenes are especially touching given how fearful Jorge was of revealing his Ginger persona to his mother. She has accepted them both wholeheartedly, and again this show should be applauded for its handling of LGBTQ+ issues.

Despite the wicked machinations of the comically sinister Deveraux (portrayed by drag superstar D.J. ‘Shangela’ Pierce, Ginger gives the Ms. Washington Heights contest her all, delivering a powerhouse performance. In the end, she loses her slot to Deveraux. Then, magic happens. Katy’s co-worker François (the great Nathan Lee Graham) just so happens to moonlight as a famed drag queen, one who hosted the contest and was so impressed with Ginger that he is going to be her Fairy Dragmother and help her become the hottest star in New York City.

The Last of Us: What Happens to Bill and Frank In the Game?
“I will visit it, if Zorro is my age now.” Antonio Banderas on reprising his iconic roles
Dead Space Remake: How to Unlock Every Suit
HBO Max New Releases: February 2023
Gunther’s Millions: The True Story Behind Netflix’s Rich Dog Docuseries