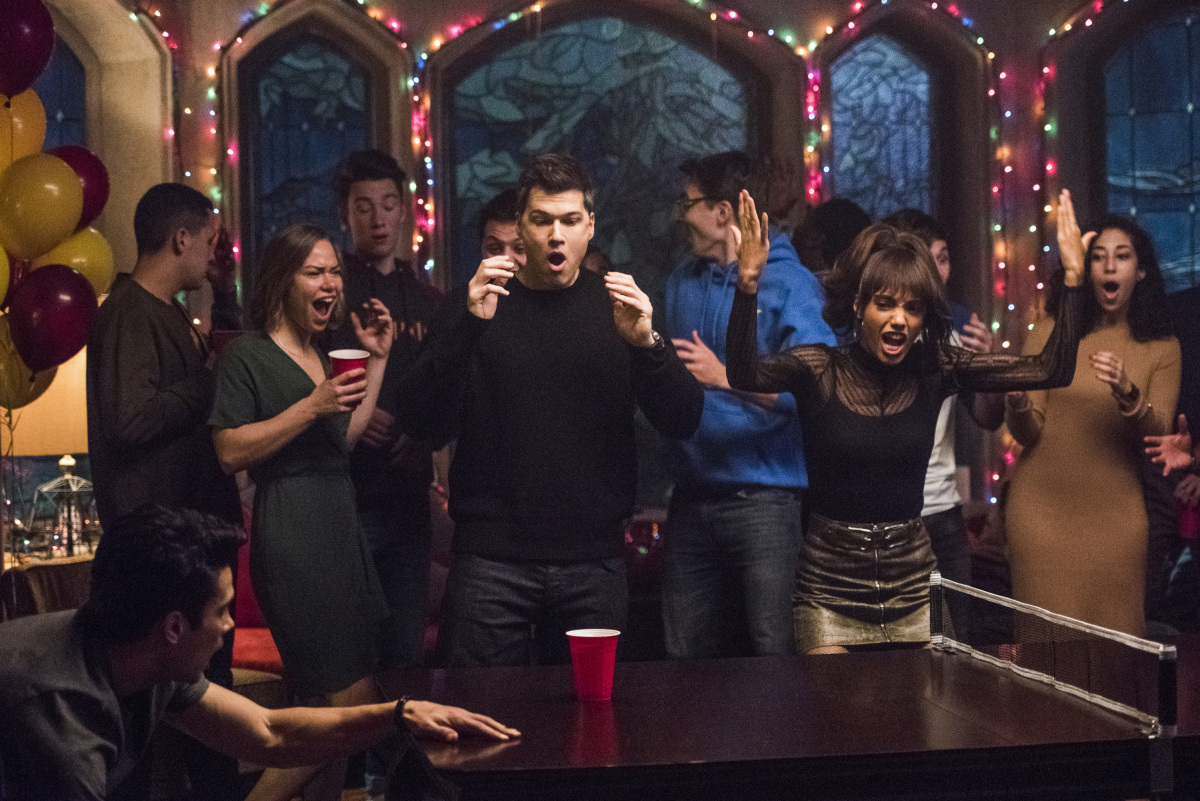 The point of this season seems to be the transition that everyone is going through, and this episode is a Nate one. He’s back in college trying to hang onto his youth; Mick and Lita are touring the school; Charlie is finally dealing with who she is. Nate here is dealing with growing up. The whole episode, he’s extremely insecure about how much older he’s getting, and it’s hilarious, but it’s also weirdly melancholy. Nate’s been through a ton since joining this show, and this feels a little like him pointedly avoiding dealing with that loss.

At the same time, it’s still a good episode. Social distancing hangups aside (and holy shit was stuff like 300 people at a frat party drinking from the same beer pong cup sets always gross? It was, and this is a me problem, isn’t it?), this is another one where the various stories are fairly well integrated.

Nate’s dealing with growing up while Mick and Lita tour the school and Mick gets insecure about how little he’s provided for her, both genetically and financially, and the rest of the team is chasing the cup by creating a sorority to win the Chug Cup. Charlie and Astra take the lead in that story – this is Astra’s first real Legends mission, which means shooting social media videos to promote their sorority and doing her best not to maul anyone who gets in her way.

And it gets through a little bit. Their fake sorority takes over Constantine’s House of Secrets as their sorority house, and they bring in a group of misfit girls (including one who got Instagram famous for “snarting,” sneezing and farting at the same time. The first time I watched, I confused it for barting, where you burp and fart at the same time and sink your own body into a singularity. It’s bad).

Eventually, the gang settles on stripping Dionysus of his followers, which ends with Zatoichi Beer Pong – Sara, still blind, takes down the Greek god of parties and wine in a beer pong game and gets the cup.

Slow Horses: Gary Oldman Spy Thriller Deserves to Be as Big as Line of Duty
Pokémon’s Ash Ketchum Says Goodbye to the Role of a Lifetime
Lost Big Bad Beetleborgs Pilot Would Have Ditched The Horrifying Flabber
Teen Wolf’s Tyler Posey and Crystal Reed Break Down The Movie’s Painful Twists
The Last of Us: How Tess’ Story Is Different In the Games