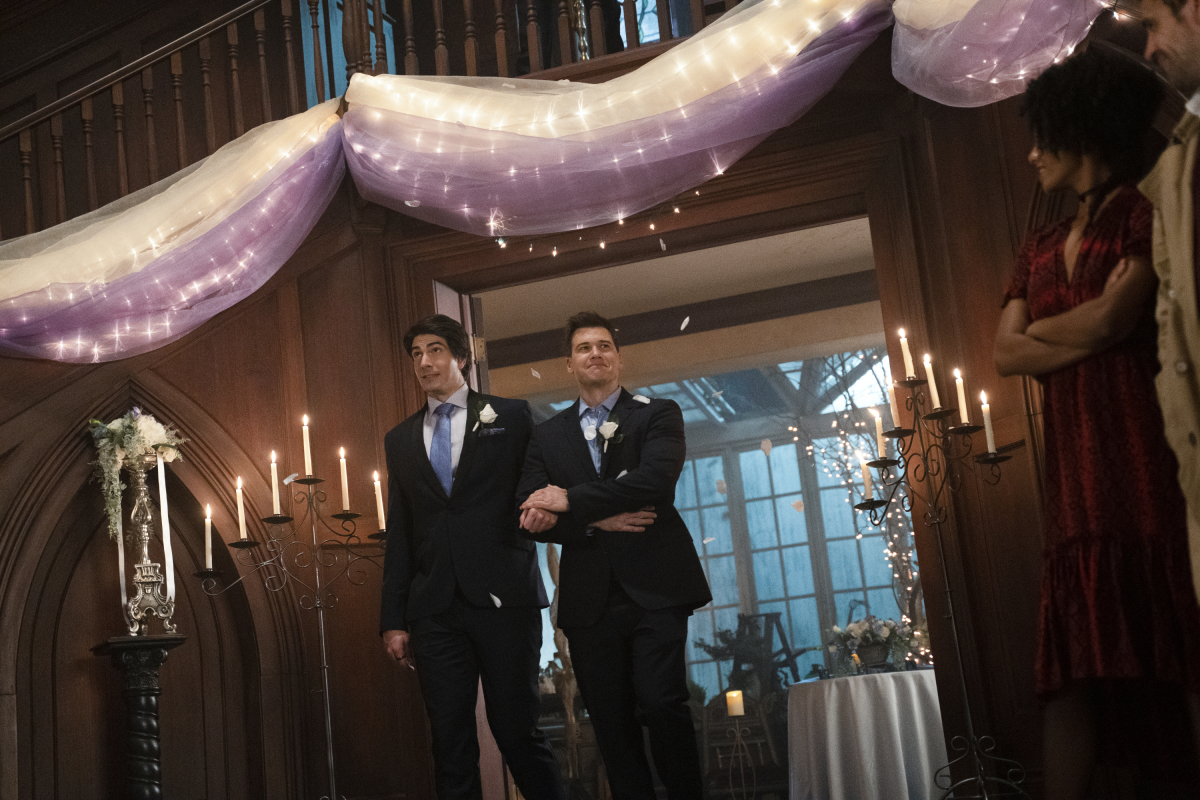 Structurally, I think it makes a lot of sense that “Mr. Parker’s Cul-De-Sac,” this week’s episode of Legends of Tomorrow, starts with an extended reminder of the Beebo/Mallus fight. That’s probably the moment when this show went completely insane. A show born out of multiple resurrections from the dead that spent an entire season grimly plodding through time that then decided to have a little fun had after a time reached its natural climax: five of its team Voltron-ing together to form a giant stuffed toy to fight off a legendary demon. The natural life cycle of a TV show would see it chasing that moment for the rest of its run. Instead, the team at Legends outsmarted their own expectations, and “Mr. Parker’s Cul-De-Sac” completes the show’s pivot to workplace sitcom beautifully, with one of the funniest episodes the show has ever put out in a climactic riff on Mr. Rogers.

The plot of the episode is one you’ve seen played out in a million sitcoms before: Ray is about to propose to Nora, but her dad doesn’t know they’re together when he unexpectedly drops in, and the gang has to pull off a dinner party where she’s dating someone else because otherwise the misunderstanding will cause great discomfort for everyone involved. It’s the dashes of color that Legends provides that make the episode’s fairly stock plot into something truly beautiful: Nora is, of course, a fairy godmother; her dad is a dead serial killer; the dinner party is at a haunted house; her fake boyfriend is the dirtbag mage who owns the house; her real boyfriend is the second friendliest person who ever lived.

Damien Dahrk is the latest Encore, and when he goes to check in on Nora, she has to pretend to be an evil witch (and not a fairy godmother on duty) because she wants to keep him happy. So she stops Ava and Sara from killing him, and instead makes them pretend to be her henchpeople, and when Constantine storms into the house she was using for a date night with Ray, she improvises and pretends to her father that she’s dating John. So Ray takes Nora’s ward back to the Waverider to keep her away, and has to fight most of his instincts to stop from hurtling into the situation trying to earnestly smile his way to making everything better. It doesn’t work, and after hours of watching VHS copies of Mr. Parker’s Cul-De-Sac (Ray’s favorite soothing show from when he was a kid) with Nora’s ward, she gets fed up and beams herself into the middle of a fight scene, and her way out is to wish everyone onto the show. So she turns Ray into Mr. Rogers, Gary into a train nightmare, Ava and Sara into puppets from Sesame Street’s red light district, and Charlie and Constantine into two people who need to get their plot to a certain point before the end of the episode.

“I will visit it, if Zorro is my age now.” Antonio Banderas on reprising his iconic roles
Domee Shi on the success of Turning Red: “It’s just an unapologetic and bold, funny and weird depiction of female puberty”
Hogwarts Legacy PC Requirements: Can You Run the Game?
Hogwarts Legacy: Early Access Start Time and How to Join
Interview: Antonio Banderas and Harvey Guillen on Puss In Boots: The Last Wish