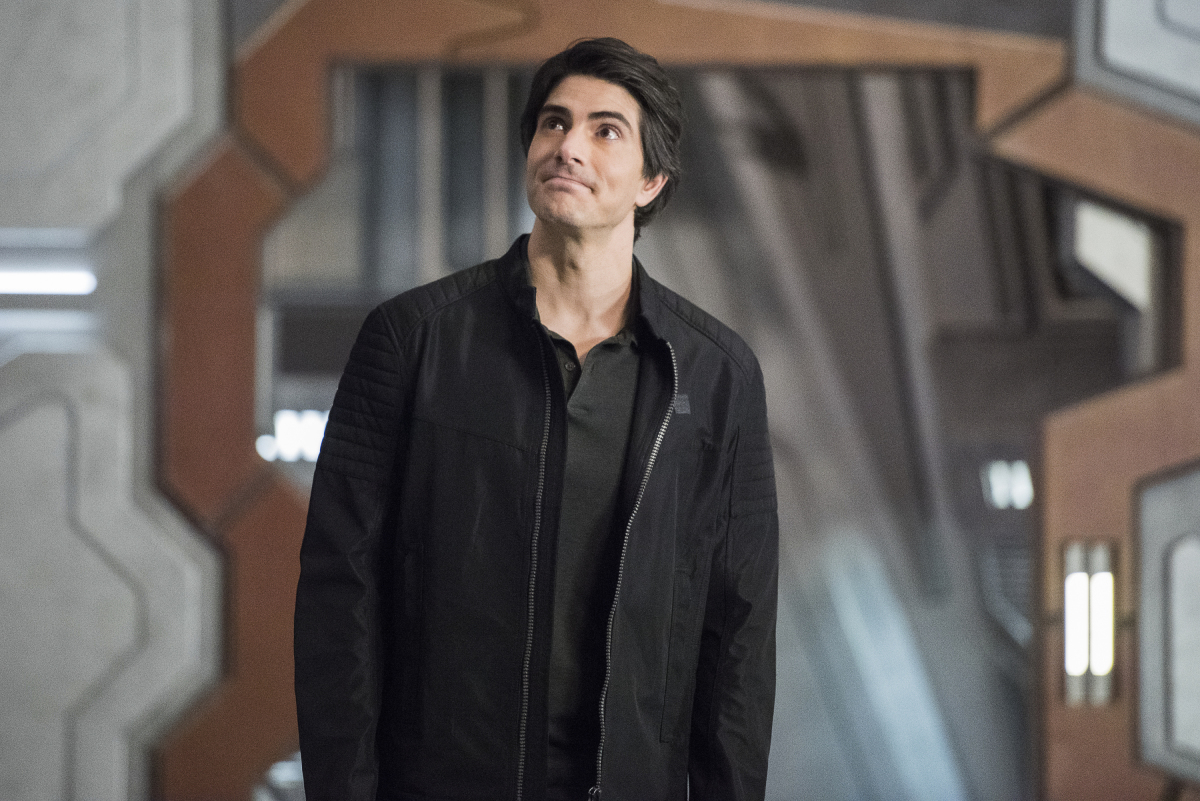 While Ray talks the gang through a heist plan, Charlie just walks over to the producer and yoinks the ring, leaving both crews more than half an episode to turn into bachelor/ette parties. The ladies make it rain on a nice young fireman on the ship, while the guys and Charlie get morose and loaded in London. Unfortunately, Shakespeare’s producer decides he’s going to try and fight the team to get the ring back. As superheroes, of course, they whup ass, only when they go to use their memory flasher device and make everyone forget they used their powers, drunk Nate is holding it backwards. Instead, the book club copies of Romeo & Juliet on the Waverider change to the episode’s title, a brutal and entirely deserved burn on the Snyderverse.

One of my favorite things about Legends of Tomorrow is how often you can see the strings being pulled by the crew, and how little it matters to my overall enjoyment of the show. At this point, this episode had two directions it could have gone in. It could have been silly, trivial fluff, waving Routh and Courtney Ford off with nothing but the gleeful silliness that Legends has reveled in for three seasons. Or they could have gone introspective, with flashbacks and kumbayas. The thing is, that’s what the show was doing with the two groups. The girls were being ridiculous and silly, and the guys were doing Legends but sad. When the team reunites, that’s when we get the message coming together and the episode jumps to the next level. Putting words in The Bard’s mouth is always tricky, and Legends sidesteps that by making him the proxy for the writer’s room. He knows how Romeo and Juliet’s story is supposed to end, but he loves the characters too much to let go.

Routh talks Shakespeare through his writer’s block, and it’s impossible to watch without feeling like it’s everyone on the show processing their own emotions on camera. And when that’s still not enough to set history right again, the team goes to put on the real play at Shakespeare’s pub. We get a touching goodbye for Nate and Ray, and Nate expounding on the real meaning of friendship with Sara after Ray leaves feels like a nice way to tie a ribbon around this cast and show to this point. It’s really, really good.

I don’t think anyone can watch this episode and not feel a little upset about Routh leaving, but like the crew of the Waverider, we should think about his whole story before we get too upset. The Arrowverse is what made the world realize what an incredible Superman he might have been, and then showed that to us. His character has been critical to so much of what makes Legends of Tomorrow different and special. The mix of brilliant and earnest and guileless without being naive is not something you often see blended in a character or portrayed successfully. Brandon Routh was good enough on Legends to follow wherever he goes next, and I’m grateful for the joy he’s given me in this role.

Keep up with all our Legends of Tomorrow season 5 news and reviews right here.