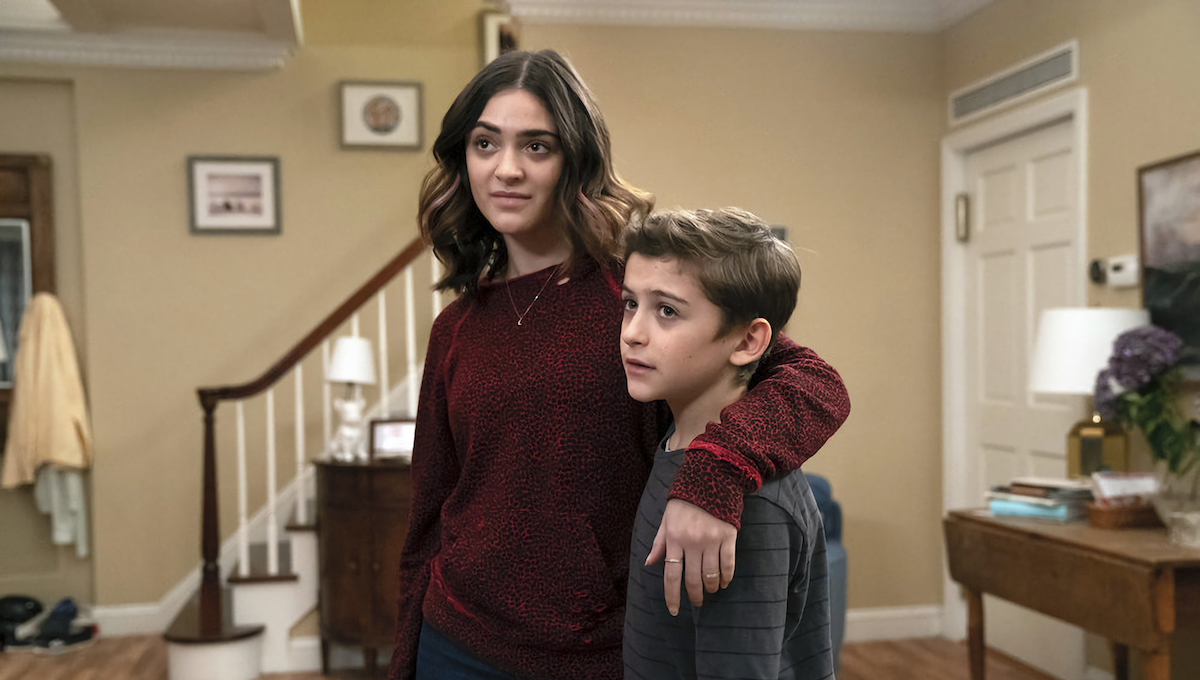 Huge kudos goes to Parveen Kaur for her portrayal of Saanvi in mental distress! Her discomfort with her short term memory loss coupled with her sense of urgency that she continue her treatment with Zeke was very scary; in fact, the sensitivity that Zeke displayed toward her was quite admirable under the circumstances. It was also nice to see Alex again (those two are so cute!) even if it was just a temporary measure she took with Saanvi. The best part of the storyline, though, was of course how the insanity tied in with what happened to Al-Zuras’ crew in the past. Perhaps Saanvi’s dementia isn’t merely medical but a bit of a curse as well!

In fact, Saanvi’s madness also related nicely with the overwhelming guilt and frustration of Cal, TJ, Ben, and Grace as they tried to make sense of building a web and avoiding a storm that only they could see. One could almost imagine that Olive viewed those around her as if they were on drugs or going crazy. Cal’s fevered construction of something he didn’t understand bordered on the manic, and Grace’s nausea was worrying until everyone realized it was seasickness. Only the guilt that TJ felt over the idea that this storm may be the price paid for saving his life, overblown as it was, actually made a certain amount of sense.

Which is what makes the return of the black lightning so surprising and amazing. Manifest could have easily focused on this idea of balance between the callings and the consequences, but instead it leaned hard into its season one idea of an atmospheric phenomenon and a time jump. “It’s all connected” may be an overused phrase in pop culture these days, but seeing Flight 828 as the “silver dragon” in the sky above Al-Zuras’ ship brought whole new meaning to the singular incident experienced in both moments in history. Captain Daly’s disappearance with Fiona last season is even more mysterious given this new information!

There are still plenty of hanging threads in this whole story, including the fate of Vance and the Major, but this week’s Manifest renewed audience faith that the show hasn’t forgotten about details it introduced earlier in the run. The Al-Zuras history has become a solid part of the show’s mythology, and “Airplane Bottles” makes us question all over again, with the most pleasant sort of confusion, what prophetic voices have to do with time travel. It reminds us that the line between physics and metaphysics is very blurry in this show, making it unique among sci-fi television offerings anywhere, but especially those on mainstream network TV.

The Last of Us: Can Ellie Infect Others?
The Last of Us Episode 3 Review: The HBO Series Isn’t Just Copying the Video Game
Pizza Tower Is the Best New Wario Land Game We’ll Probably Ever Get
The Office Updates a Fan-Favorite Scene
How Did the Cordyceps Infection Start In The Last of Us Games?