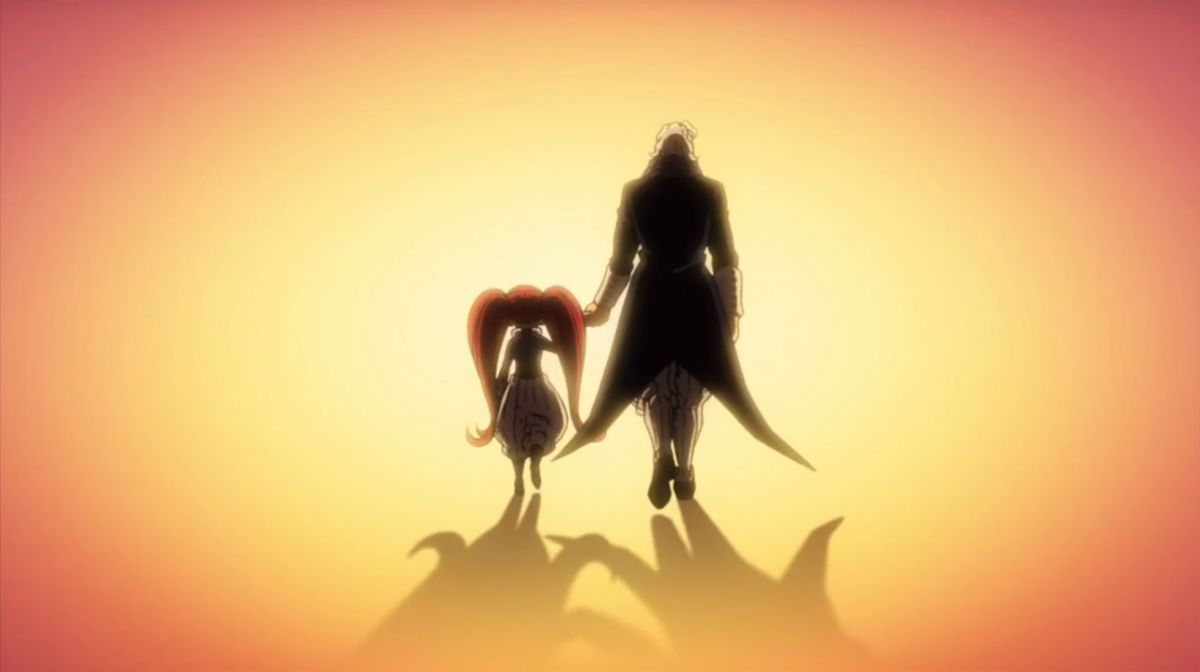 The conclusion of the last My Hero Academia episode teased that La Brava has a powerful Quirk that she’s reluctant to use due to its strength. She lets it loose here and it’s one of the more creative Quirks to show up in the series. Basically if La Brava feels intense love for someone, that love will considerably power them up. Furthermore, it’s not a conditional boost, but rather the more intense La Brava’s love is the more drastic the power-up is as a result. Gentle Criminal in Lover Mode allows him to overpower Midoriya and it looks like he’ll be able to escape with La Brava, but goddamn if Midoriya doesn’t prove just how determined her is over all of this. Deku continues to hand on and their fight truly gets to begin after Gentle experiences this upgrade.

While this fight rages on, La Brava goes into a bit of a crisis that for the first time her love isn’t enough to save Gentle from defeat. Even after the dust has settled from this showdown it feels like this revelation that she won’t always be enough for Gentle to be victorious is something that will sadly eat away at her. Both she and Gentle are incredibly fragile and vulnerable characters, despite their strengths. Gentle and Midoriya’s battle takes another turn and as the power shifts again Gentle’s backstory gets revealed and holy cow is it a depressing tale.

Even before Gentle’s life takes a cosmically tragic turn, he’s still painted to be a sadly pathetic character. He’s honestly like My Hero Academia’s equivalent to Willy Loman from Death of a Salesman. He’s someone who’s long past his expiration date without realizing it as he hopelessly pursues the goal of becoming a hero while everyone in the world tells him to give up. Then, in a situation where Gentle’s Quirk actually would be helpful in saving someone’s life, a sad mix of events results in him ruining a hero’s rescue effort and seriously injuring an innocent person’s life in the process.

It’s an incredibly dark turn of events that understandably sends Gentle into a tailspin of depression and self-pity. His concerns about growing older and fading into irrelevancy are very easy to empathize with, even if that doesn’t condone his shift towards supervillainy. It’s not at all the sort of origin story I expected for this jovial character, but it only makes his bond with La Brava all the more significant. They’re these two misfits who have been rejected by everyone else but each other.

The finale of Midoriya and Gentle Criminal’s fight is draining in a way that no other fight in the series has been. They understand that they’re both not that different. They’re just passionate in different ways, yet they still find a strange respect for each other. In spite of how Gentle is in the wrong here, it’s sad to see him go out how he does. These are just two characters who got in over their heads and chose the wrong way to express themselves when everything else shut them out. It’s a victory for the good guys, but one that feels almost hollow. It’s hard to imagine Midoriya truly enjoying Class 1-B’s play at the school festival as thoughts of Gentle rattle around in his head. Somehow he’s now got to stay focused on effects work for the dance team.

James Gunn’s Plan for DC Video Games Sounds Awfully Convoluted
Why One of Star Trek: The Next Generation’s Worst Episodes Is Still Worth Watching
The Last of Us: Episode 3’s Final Scene Is More Important Than You Think
DC Movies and TV Shows: Full DCU Schedule
The Last of Us: Can Ellie Infect Others?