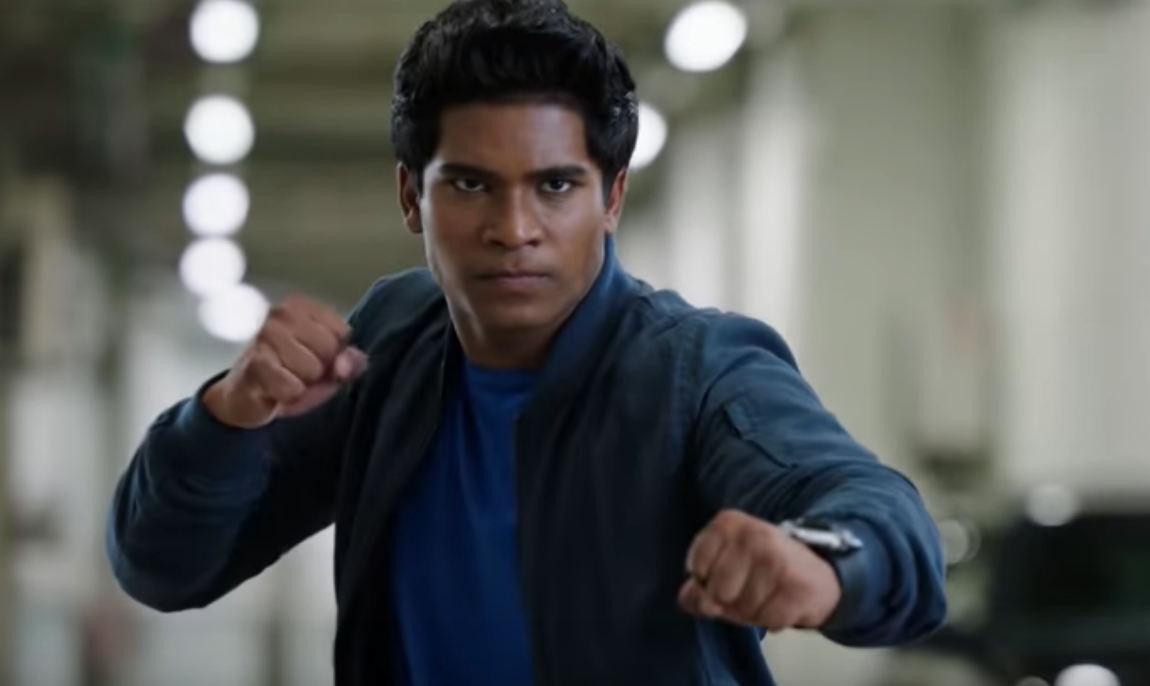 Yet despite all of that I’m still coming out mostly in favor of this episode. Why? Because it has that essential Power Rangers building block. The one that helps even the most divisive episode become memorable.

Let’s talk about “Trouble by the Slice” again. I know, seems like an odd time to bring up one of the most memorable Power Rangers Turbo episodes but go with me. This episode is famous for its plot of the Rangers getting baked in a giant pizza but some call it “too silly.” I mean yes, it is very silly. Blue Senturion even utters the incredible line, “The evil pizzas were no match for a simple stop light!”

What some people forget about that episode however was the small moment between Carlos and Justin after they play a soccer game with kids who are Justin’s age. Justin, a young kid, has spent much of the season hanging around teenagers and fighting to save the world. As he and Carlos order pizza he tells him, “For a minute there, I forgot I was a Power Ranger.” It’s a small moment but it says so much and even the episodes detractors have to admit that line does a lot for Justin’s character, even if the rest of the plot is fairly silly.

What does this have in common with “Artist Anonymous”? Both it and “Trouble by the Slice” have an emotional through line. In this Beast Morphers episode we return to Ravi’s secret painting and it finally comes to a head. He’s nearly found out by Commander Shaw and makes every excuse he can. We even learn a bit more about what growing up was like Ravi, with his mom putting him in uniforms since he was little. This, pardon the pun, paints Ravi’s character with some new depth. We empathize with him because he loves his art so much but is afraid of what the most important person in his life might think.

Ravi tells Nate that telling little lies has become a reflex for him, even with his friends. It lets us know that hiding this secret is a huge deal for him and, while it isn’t traumatic, does cause him anxiety that impacts his everyday life. When Shaw eventually finds out that Ravi painted the mural in town she’s hurt that her son would lie to her. We as the audience are left wondering if she’ll chew him out or accept him.

It sort of goes both ways but not in the way you’d expect. She is mad Ravi lied but she makes it clear that she’s the one who’s really in the wrong here. She remorsefully tells him, “my attitude kept you from being true to yourself.” That line right there is what sealed the deal on this episode being above average.

Dead Space: What Happens In the Remake’s Secret Ending?
Why Pierce Brosnan Will Always Be Gaming’s Greatest James Bond
Slow Horses: Gary Oldman Spy Thriller Deserves to Be as Big as Line of Duty
Pokémon’s Ash Ketchum Says Goodbye to the Role of a Lifetime
Dead Space Remake Release Time: When Will the Game be Playable?