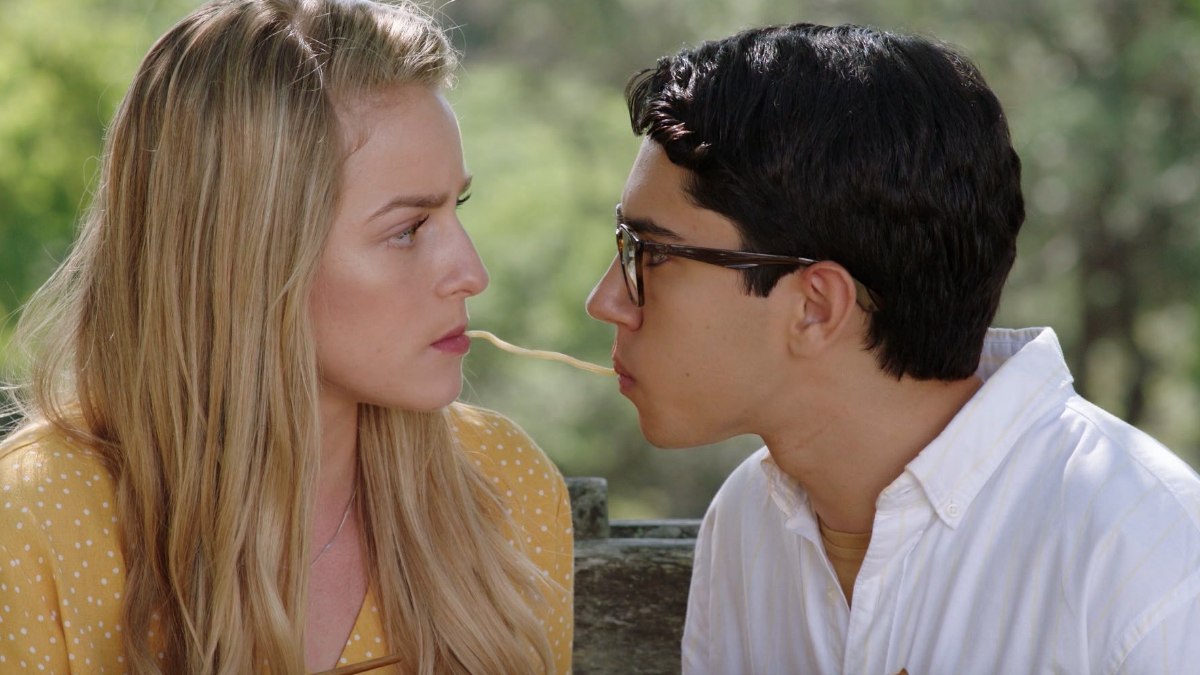 Commander Shaw rips into them and we get Ravi mentioning how much this rule hurt him and Roxy. It’s a small moment and you wish Ravi and his mom had a deeper discussion about it, but at least the show didn’t forget about this critical emotional beat.

We see the hurt and disappointment between Nate and Zoey when they’re told they can’t date. While Beast Morphers sadly hasn’t been able to show much of their flirtation this episode knows it has a lot of ground to cover and gives them as many adorable moments as possible. Within the confines of this getting to be one of the few serialized episodes, it doesn’t mess around.

Seeing Nate not only protect Zoey but then Zoey leaping forward unmorphed and attacking Blaze and Roxy was one of the best emotionally charged moments Beast Morphers has had yet. It impresses Commander Shaw as well, who admits the feelings the two have for each other don’t make them weaker, they make them stronger.

It’s shocking to see Power Rangers, a show that often tries its best not to show too much romance even between characters that are dating, come out with such strong support for a couple.  They are praised for their connection and this feels like a evolution of the traditional “friendship and teamwork are the best” moral that the show always loves to spout. It admits, whole-heartedly, that other kinds of emotion connections are just as powerful and positive.

I adore how this was all set in motion by Steel. The show has lain the groundwork for this action to make sense and its delightfully fitting that the guy who has trouble understanding emotions is the one who, in a roundabout way, gets two people together. Hopefully when the show comes back we get to see Nate and Zoey actually trying to date for more than one or two of the serialized episodes.

The Last of Us Episode 5 Release Time: HBO Schedule Change Explained
Snowpiercer, Infinity Train and Other Erased Streaming Series You Can No Longer Watch
Domee Shi on the success of Turning Red: “It’s just an unapologetic and bold, funny and weird depiction of female puberty”
Hogwarts Legacy: How Long Is the Game?
Hogwarts Legacy PC Performance Issues: How to Fix Frame Drops and Crashes