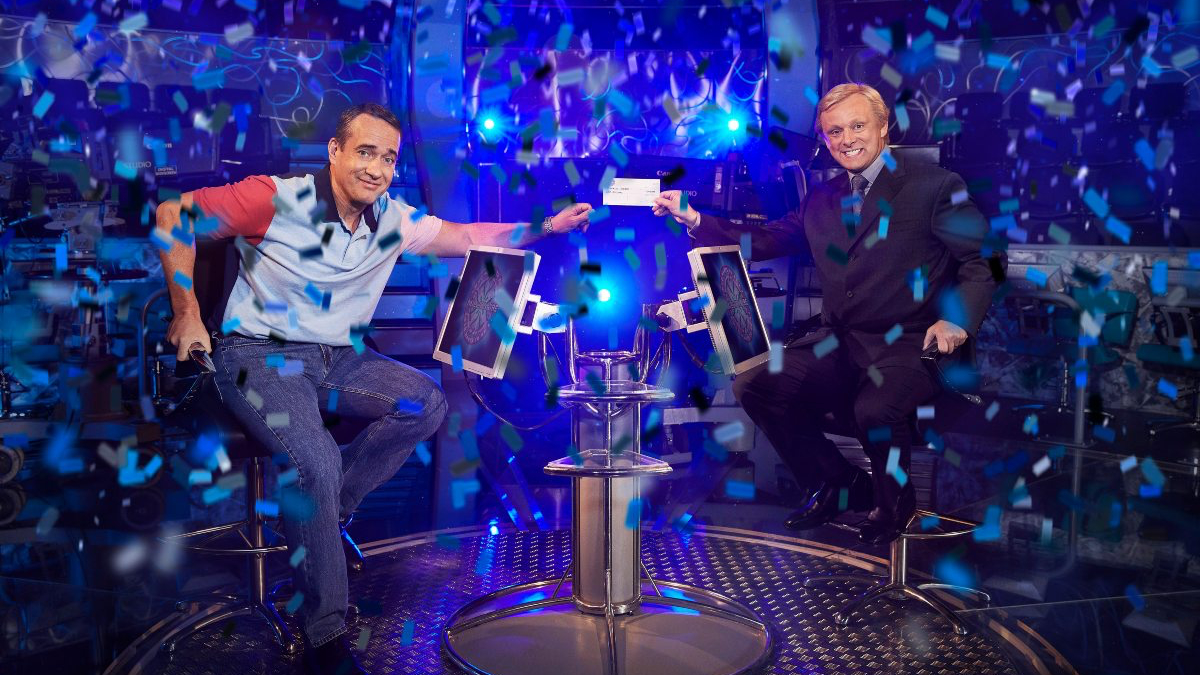 Quiz loops all that subtext in to its high-tension caper with an impressively light touch. The Ingrams aren’t demonised for their privilege here, far from it, but their social status is never not there. It’s in Chris Tarrant’s repeated mockery of the Major’s army title, and in the general assumption among the studio crew that Charles Ingram is a rugger bugger moron. Without preaching or overstatement, class is made as much part of this story as fairness and justice.

All those capital letter Themes are rightly secondary to a sensational story told energetically by a top cast. This drama has the ‘did they do it?’ hook of a crime thriller, plus comedy, plus the borrowed tension of the quiz show format that takes up much of this episode. Television-wise, it’s a Swiss Army Knife – multifaceted and, with just three episodes, handily pocket-sized.

As production company Celador knew, the quiz format comes with a ready-made dramatic structure – tension, peril, climax, resolution. Wrap an emotional story around it, and, as this (and an Oscar-winning film by Danny Boyle) proves, you can’t go far wrong. An additional draw is being able to see behind the scenes on a huge hit like Who Wants to be a Millionaire? Members of the public regularly queue for hours in the British weather to be part of television studio audiences. Quiz lets us through the hallowed back door.

What we find behind it in episode two is panic. As the Major climbs his way to the million on a convoluted route of abrupt changes in direction and unexplained bursts of inspiration, the production crew becomes increasingly uneasy. ‘Normal people don’t play like this,’ says producer David Briggs (Elliot Levey). When 9/11 stops play the day after the studio recording, the vast difference in scale between one event and the other feels like a divine joke.

Matthew Macfadyen is terrific as Ingram, playing the nation’s fool. He’s matched by Michael Sheen, who serves a double dramatic purpose in the show-within-a-show, both as presenter and commentator. As Tarrant, he directly addresses the audience (therefore, us) and recaps the absurdity of what’s going on. After handing over the cheque, Tarrant could be seen to condemn Charles Ingram as roundly and slyly as Marc Anthony condemned Brutus with his ‘honourable man’ speech in Julius Caesar. ‘The best player we have ever had, what a man, quite an amazing man,’ Tarrant insists. ‘I have no idea how you did it’.