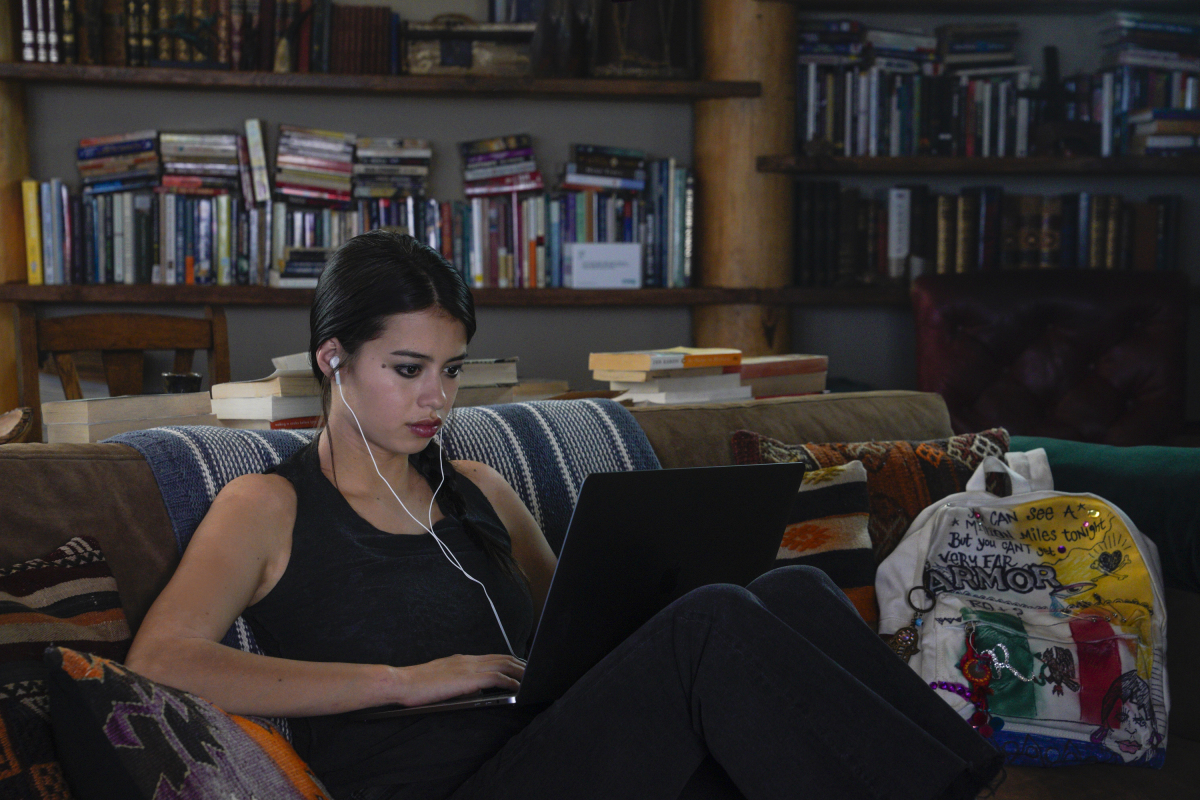 Rosa is deeply in need, whether she realizes it or not. Her physical addictions might be gone, but the underlying issues were still waiting for her, and some have only been exacerbated by the strange circumstances of her revival. Later, we hear her saying the Serenity Prayer in a church, which is generally associated with addiction recovery. The choice to have her narrate the episode and stalk around town as a ghost was a smart one. I’m looking forward to seeing more of the world through Rosa’s eyes in the present tense. But that may have to wait, since it seems like Max may have doomed

Michael Trevino‘s performance as Kyle Valenti continues to add a crackle of unpredictable fun to Roswell. He can play the “I’m just barely a good person” card with Sgt. Mans, acting like he would use evidence that would expose Michael Guerin. I doubt the new kinder, gentler Kyle Valenti would do it, but he was an ass for so long that Manes probably believes it. And his salty line read of “Wouldn’t want to dislodge your catheter” to Sgt Manes was perfectly prickly. The brief moment of big brotherly connection with Rosa was lovely, and I’m looking forward to seeing more.

Considering the gentleness in his voice, I don’t think Alex meant his remark about “choosing Maria DeLuca” as a “bisexuality is a choice” thing so much as she’s his actual best friend, Michael always takes the easy way out and their relationship is a decade-long mix of complications – independent of their gender and sexuality. (We can never really separate those things, but as near as I can figure.) Still, it was still tough to hear, and combined with Guerin’s comment last episode about how he goes where Alex wants him, I’m hoping we’ll see Guerin stand up for himself outside of the context of choosing to date Alex or not. Guerin can say no to being with Alec and also say “you can’t talk to me like that” or be with him and still call him out for biphobia, unintentional or not.

Michael Guerin makes these sweeping decisions about his romantic life that often have more to do with whatever short term interpersonal or existential conflict he’s in at that moment than who is actually a good fit for him to be in a relationship with. So was he really choosing Maria, or was he choosing the less tortured relationship for the next few episodes? As Michael said himself, he just wants to be good for someone. (Stab me in the heart! Which is better – the writing for Michael Guerin or Michael Vlamis’s performance? Who’s to say?)

Maria DeLuca, on the other hand, is responsible for several moments of greatness. It’s good to see her on her bruja hustle, tacitly (unintentionally) encouraging abortions, protecting her boundaries with Michael, and convincing white people to give her money so she can find her mother. Her little squirm under Michael’s gesture when he wipes away her single tear is a damn near perfect bit of character-becoming-physicality business.