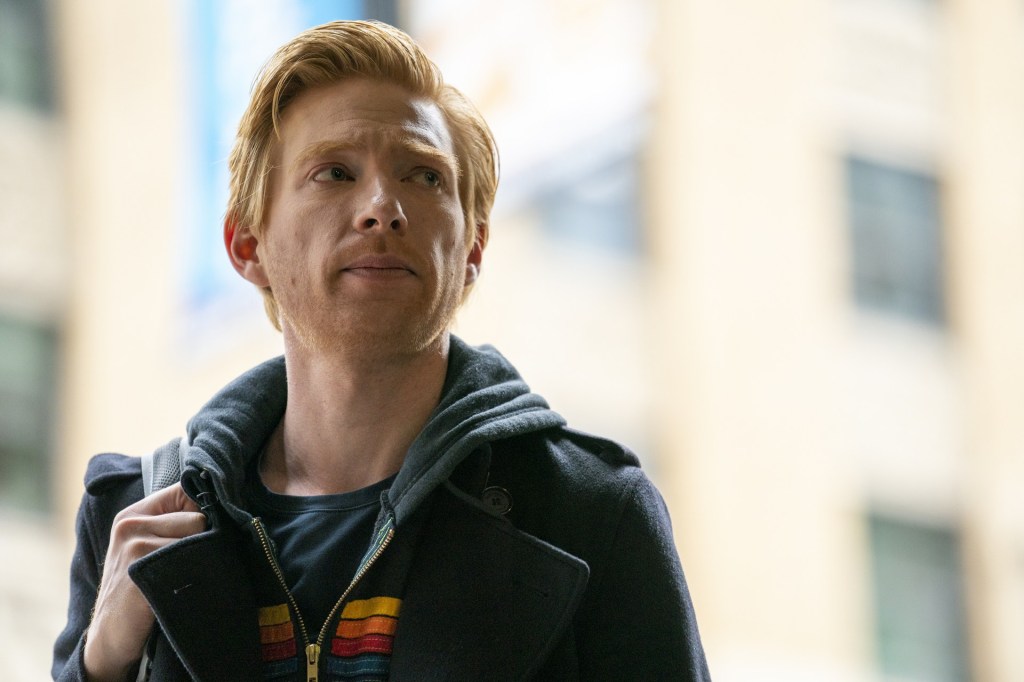 Still, they do have a tender and romantic conversation on a boat on the Chicago River. Pairing two great actors with a beautiful, on-site location is simple math for creating a memorable scene. Ruby confesses that she’s not an architect and comes clean about her family. While recounting her story of losing her first architecture job, it adds more weight to the episode’s opening flashback, when Ruby texted “RUN” on her wedding day while still keeping up the architecture façade for her mother. Ruby’s been chasing the feeling that Billy used to give her while living a comfortable lie with her safe husband.

The nice moment is interrupted by Billy’s past boiling up. Billy is concerned that Fiona has access to his bank accounts, so he sends Ruby shopping while he heads to the bank to withdraw all of his money. While hunting for a fancy dress, Ruby meets a friendly stranger who unexpectedly convinces her to steal the dress. The scene is playful and adds the adrenaline that we’ve come to expect from Run. The thrill of the moment causes Ruby to have a moment of clarity and spill all of her thoughts and feelings about abandoning her family and her current situation. The stranger listens to Ruby’s guilt-ridden rambling with bemusement and offers her two cents before they go their separate ways.

Back at the hotel, Billy distracts Ruby with a bath while he goes down to the lobby to finally confront Fiona. The big reveal is that Fiona was the woman Ruby befriended at the dress shop. It completely recolors their “impromptu” theft and gives Fiona all of the information she needs about what Billy is up to. Fiona isn’t Billy’s lover, but essentially his COO, the person who is really responsible for his self-help business. Billy tells her that he wants out of their arrangement, but Fiona isn’t ready to give up what they’ve built.

Billy eventually reveals to Ruby just why he wants to escape the empire he’s fronting; at a recent speaking event, an audience member suggested that Billy’s self-help tips led to the death of her husband. Breaking down on the spot, Billy copped to the responsibility and basically admitted his “help” was worthless. It shows that both Billy and Ruby are trying to escape from the lives they made for themselves, and it should be concerning to them both. Are they really some perfect match, or could they realistically have been running away with anyone? Still, Billy’s sob story doesn’t scare Ruby off, and they finally have sex. Unfortunately for them, Fiona is outside their hotel door recording the whole affair. Obviously, she’ll be using it to get Billy back under her control.

Now that we finally know what both Ruby and Billy are running from, surely some new developments will throw their cohesion into question. I imagine the show wouldn’t have cast Mad Men’s Rich Sommer if he wasn’t going to get involved in the action as Ruby’s husband Laurence, and I know we’re still due to see Phoebe Waller-Bridge pop up at some point. Even if the show wasn’t a lively, breezy watch, I wouldn’t give up on Run before I see that happen.

Crossroads’ Most Bonkers Storylines
The Portable Door: Sam Neill and Christoph Waltz star in new fantasy
Top SFF Books February 2023
The Last of Us Episode 3 Review: The HBO Series Isn’t Just Copying the Video Game
“I will visit it, if Zorro is my age now.” Antonio Banderas on reprising his iconic roles