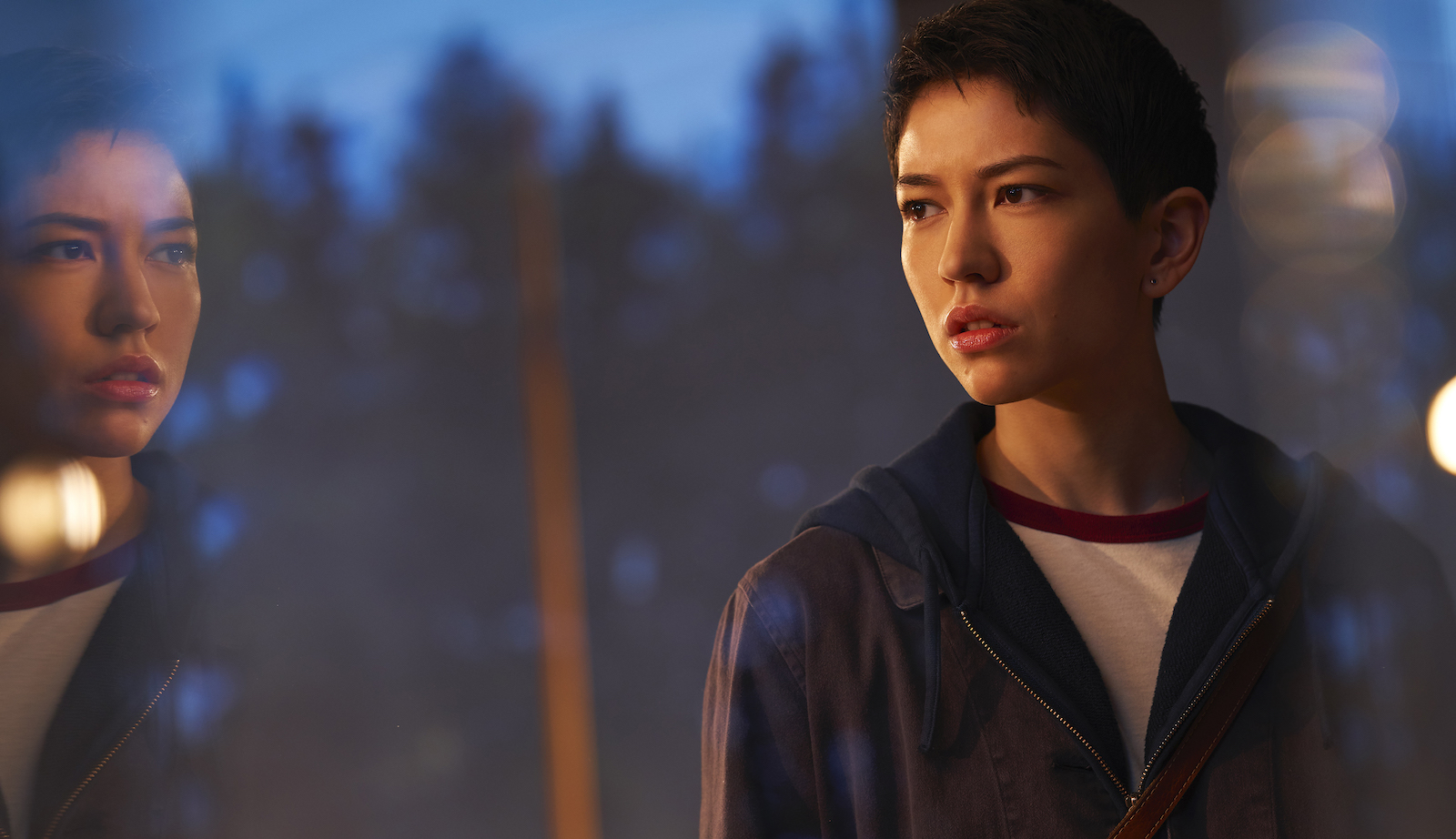 It’s not surprising that Alex Garland, who is known for films like Ex Machina and Annihilation, is the creator behind Devs, a series on Hulu that features his trademark obsessed tech guru that has let his own invention become way too powerful. In this case, the world is one in which predictive algorithms have become so sophisticated in their ability to anticipate future actions that free will is disproven and fate is set. This is perfect fodder for our Sci Fi Fidelity podcast, which loves to explore the nature of time and the ability to change the future or glimpse the past.

As usual with the podcast, we take a look at the first two episodes of Devs to discuss the premise and characters that make up the cast of the show. We note that the premiere really sets up the overall mystery through the eyes of Sergei, a new recruit to the Research and Development division (known as Devs) of the tech corporation called Amaya, but through that company name we’re also introduced to the obsession its CEO, Forest: his daughter, who died young and is creepily honored with a giant statue on the corporate campus.

When we get a glimpse at what’s going on inside Devs, it brings up a lot of questions. Is the worm experiment that Sergei was working on merely a more simplistic version of what the quantum computer is doing inside the secret complex? Was the espionage that unfolded on that very first day something that was anticipated, or was it a colossal personnel mistake? And was the coverup that ensued overly complicated while simulataneously encompassing amateur mistakes? Something bigger is clearly going on!

But really Devs is about Lily, Sergei’s girlfriend who is understandably suspicious about the disappearance of the man she loves. We talk about what little we are able to glimpse of what Sergei was really up to based on what Lily learns, and we take a close look at the nature of Lily’s decision to involve her hacker ex-boyfriend Jamie in her investigation. While Forest and his head of security, Kenton, seem to want to put Sergei’s transgressions behind them, it almost seems as though Lily is being manipulated somehow — but why?

The Last of Us Just Answered a Big Question About Cordyceps
Lost Big Bad Beetleborgs Pilot Would Have Ditched The Horrifying Flabber
Dead Space Remake Release Time: When Will the Game be Playable?
Xbox’s Lack of Exclusives Has Been a Real Problem For the Series X/S Generation
Xbox Game Pass: Every Day One New Release Coming In 2023