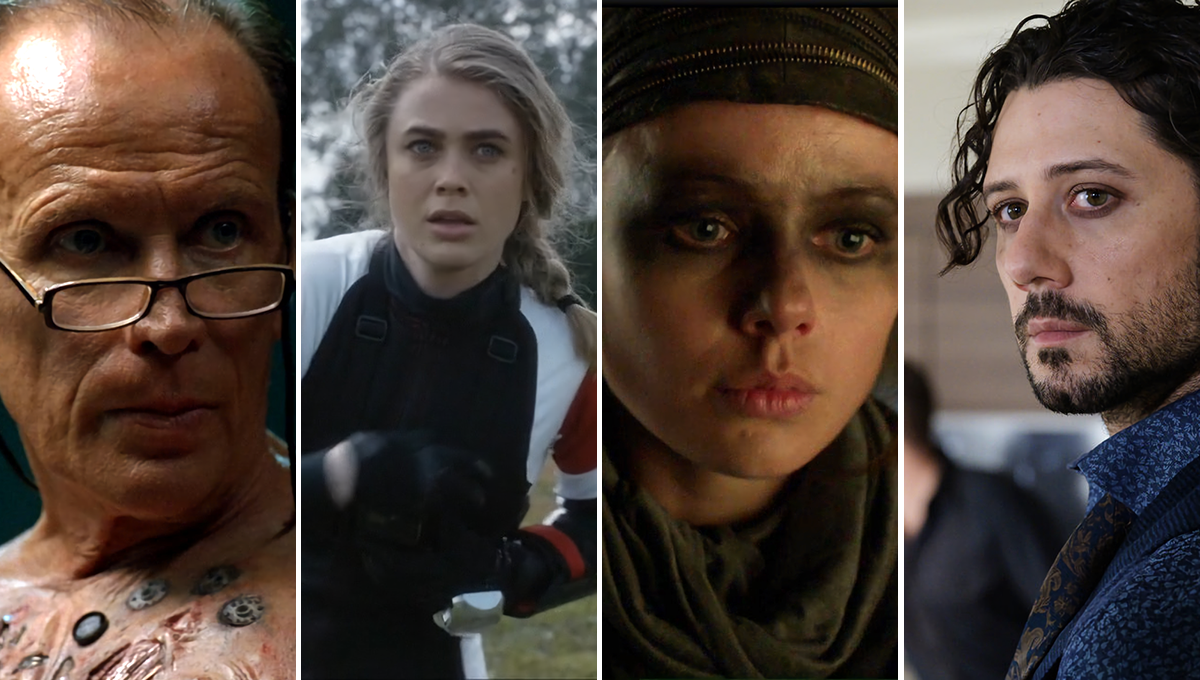 In these days of coronavirus quarantine, one day can feel exactly like the next, and it reminded our Sci Fi Fidelity podcast hosts of the many repeating days that appear in time loop episodes of some current and classic TV shows. Bill Murray in Groundhog Day may have set the standard in cinema, but imitators on the small screen have taken the idea to new creative levels even as they emulate certain familiar aspects that have become the norm for episodes of this type.

For example, usually only one or two characters notice that a specific period of time is repeating, and they typically have a very difficult time convincing those around them that this has all happened before if they even try. Assuming there is a scientific or magical cause for the loop, there usually is a singular solution that the aware characters must find to break out of the cycle. Often, the show in question is able to use the Groundhog Day formula to force growth on the trapped character that they would not have otherwise been able to achieve.

The discussion begins with a classic example from Fringe, “White Tulip,” in which an MIT professor uses a device to repeat the circumstances of his fiancee’s death to try and save her. We also recall the Dark Matter episode “All the Time in the World,” which follows one member of the crew as he repeats his day enough times to learn French and avoid a deadly assassin. And no list of time loop episodes would be complete without the Travelers episode “17 Minutes,” one of the shortest loops during which the Director must try to save the lives of the entire team.

The podcast’s earliest example comes from “Monday,” a standalone episode of The X-Files where a bank robbery repeatedly ends in a deadly explosion with only the criminal’s wife aware of the loop. One of the best episodes of the time travel tour de force 12 Monkeys is “Lullaby” in which a repeating day prevents an assassination but results in an unexpected resurrection of sorts. And the most recent example highlights The Magicians’ episode “Oops… I Did It Again,” which contains a loop that ends in the destruction of Earth unless one character can prevent it.

The Last of Us Episode 4 Review: Don’t Cross Melanie Lynskey
Why One of Star Trek: The Next Generation’s Worst Episodes Is Still Worth Watching
The Last of Us: Who Is Kathleen In the Games?
Hogwarts Legacy: Early Access Start Time and How to Join
ITV Nolly Review: Russell T Davies’ Heartfelt Tribute to ‘Difficult’ Women